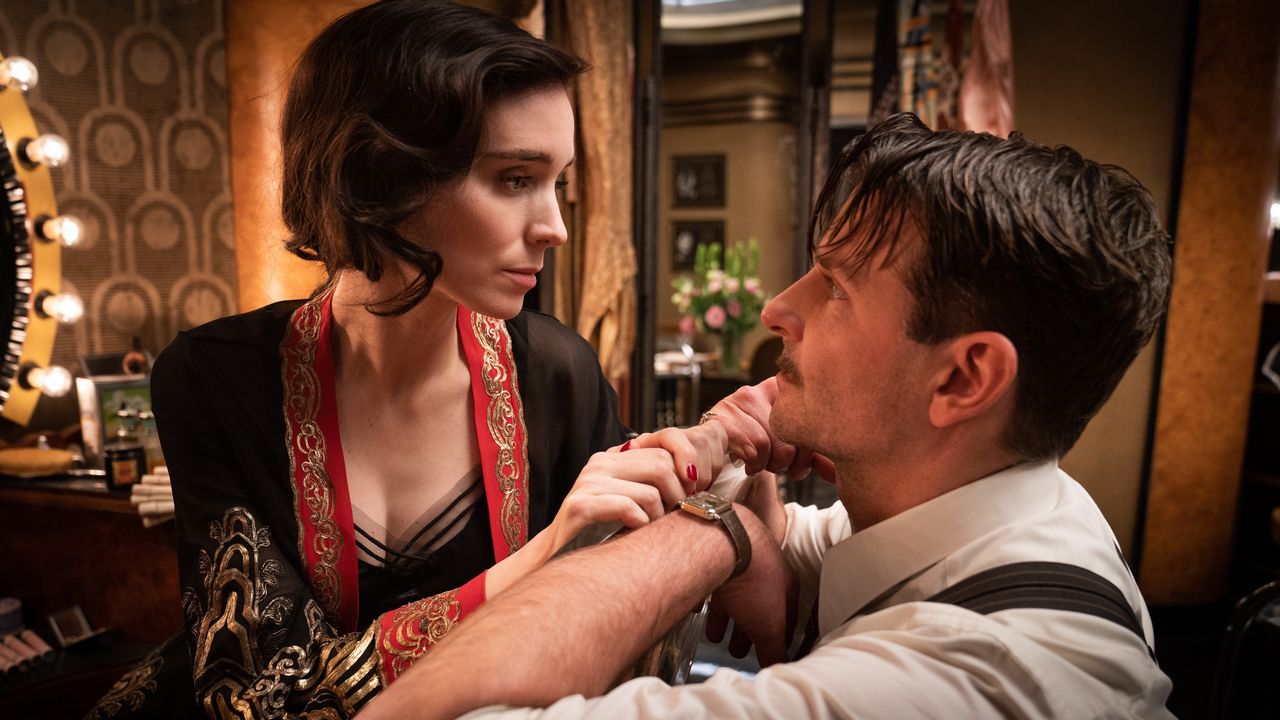 Nightmare Alley might be the ultimate example of the power of Guillermo del Toro. I can’t think of a director who could make a movie like this, make it two and a half hours long and for the film to be a visual and storytelling feast, without any “boring” parts. Everything in this film is here because it belongs here. Everything was so intricately connected; I didn’t realise what movie I was watching until the last ten minutes. When I understood where this film was going and what it was trying to say, I knew I was 100% behind it, and I couldn’t rate it any other way. I know many people won’t agree with what I am about to write next, but oh well. Guillermo gets better with each film, and Nightmare Alley (directing-wise) is his best achievement yet.

It’s hard to say that because it’s not like Guillermo del Toro hasn’t been a superb director for a while now. Of course, he was. But there was something about Nightmare Alley that felt familiar (he likes his creatures, freaks, and geeks, you can’t deny that) yet, different from his other films. Nightmare Alley felt like he was directing on a brand new level, as he’d “level up” from the last time we’ve seen his movie. I noticed many long shots that lingered just long enough to set the mood, and those would, in turn, let the actors do their jobs with surgical precision. Everyone in this film is giving everything they have.

I am genuinely surprised Bradley Cooper didn’t get a nomination for his role. Once I’ve finished the film, I thought he gave the best performance of his career yet (I don’t like to play this card, but he got nominated for A Star Is Born (2018) but not for this? Really?) and I was with him the entire way. The same could be said about everybody from Rooney Mara to Cate Blanchett; they were both perfect in their roles. And don’t get me started on Willem Dafoe and his delightful performance as the circus director/manager who gets stuff done, no matter what. Again, you’d need a microscope to find somebody here who was off their game.

The biggest reason I loved this film so much was how Guillermo directed Bradley’s performance. He is clever to let him wow you, but he constantly reminds you to be aware of him. I would recommend listening to some interviews with Guillermo regarding Nightmare Alley. And him talking about where the inspiration for this film came from. After that, you realise how careful Guillermo is when showcasing every aspect of this craft. The inspiration, by the way, was him dealing with charlatans like Bradley’s character back in the ’90s when his dad was kidnapped, if I remember it correctly? And I think that is the reason for having Mary Steenburgen and Peter MacNeill playing the couple who believe they are communicating with their son through Bradley’s character. Because Guillermo is clever enough to know that people watching this film might be asking questions like: “So what, he’s a fake and everything is a show? What’s the harm in that?” That’s the harm. Without going into spoilers, you can end up like this couple.

But Nightmare Alley isn’t even about that as much, as it is more about Bradley’s character. It sounds obvious, after all, he is the main star of this film. But again, without going into spoilers, I haven’t realised how much this film is about him until the last ten minutes “kicked in”. And suddenly, the imaginary wheels in my head started to “click”, and I knew how this film would end. To me, that’s brilliant filmmaking, where you are so invested in the movie overall, you miss these giant obvious clues (looking back at the film with the knowledge I have now), and the movie catches you at the end. This film convinced me that Guillermo del Toro is one of our best living directors, and I need to watch everything else he’s done so far and the movies he will make.

Overall, Nightmare Alley surprised me by how much I’ve enjoyed it. It surprised me; by how little I’ve noticed the runtime that I admit did scare before I started this film. It surprised me by showcasing Bradley Cooper like I’ve not seen him before. But mainly, this film assured me that Guillermo del Toro is maturing as a director with each movie he makes. If you have a chance to listen to him talk about films, art or “just” his life, I strongly recommend it. The few interviews (or podcasts) I listened to him talk about anything were always a blast. Especially him talking about this film, you can listen for yourself here (courtesy of DGA, if you are into movies, you should be listening to this podcast).