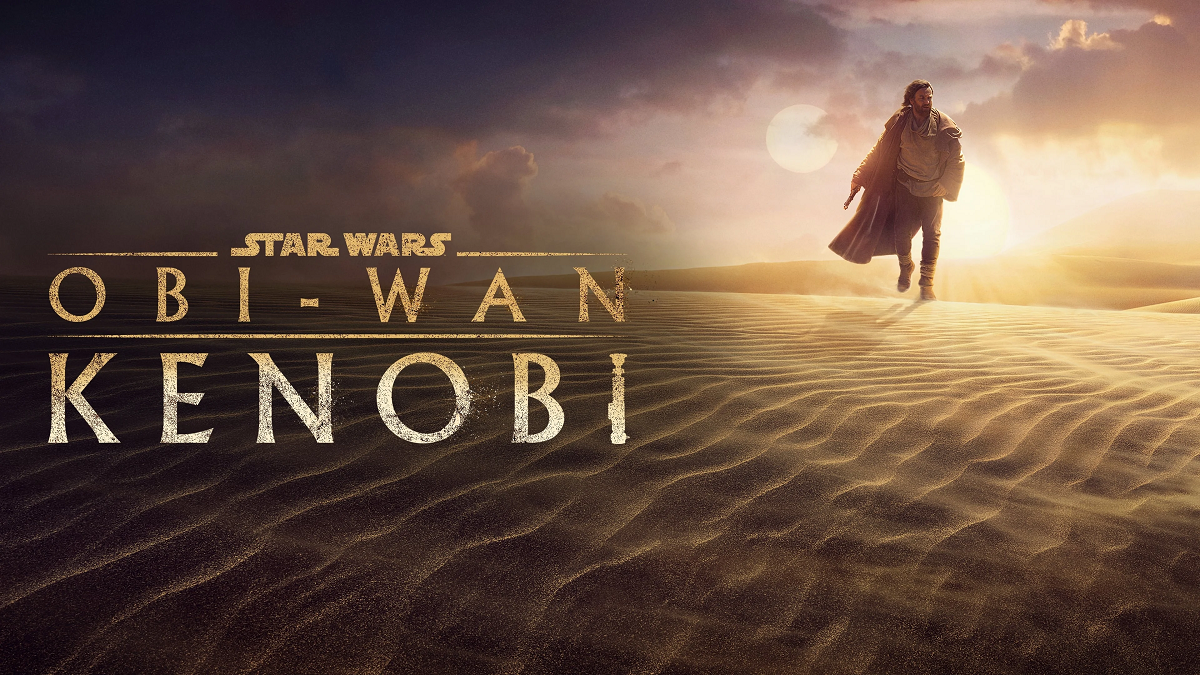 Obi-Wan Kenobi seemed to have everything going for it. Obi-Wan is one of the most favourite characters in the Star Wars universe Ewan McGregor has always been “on board” to reprise this role as he loved the character of Obi-Wan, so all it took was to come up with a story to support his return. Luckily, this is where the Disney+ streaming service came in and allowed Disney to make it into a show (or limited series, if you wish) instead of a movie. And no matter what you expected, you will still be surprised. And your level of enjoyment will be directly linked with how much you can separate any expectations you might have had for this show and what we have actually gotten.

Obi-Wan Kenobi is a bridge between Star Wars: Episode III – Revenge of the Sith (2005, my review here) and the original Star Wars (AKA Star Wars: Episode IV: A New Hope 1977, my review here). We knew that going into this show, it would take place roughly ten years before the events of the original Star Wars. We also knew it would not take place “just on Tatooine” (thank Space Jesus for that) and that there will be one epic showdown between Obi-Wan and Darth Vader. That is all the knowledge most of us, including me, had when going into this show. And they weren’t lying because they delivered on all these promises. But from what I have read online, most people thought the way they were going about it was just… boring. That’s the very first thing we need to address, the argument this could have and should have been a movie rather than a TV show. The thing about that is, people seem to forget that it should have been originally a film. However, the spectacular failure of Solo: A Star Wars Story (2018, my review here) caused Obi-Wan Kenobi to be delayed as Disney doubted their plans, effectively scrapping everything Star Wars except for the “main” story. And it might have been the success of The Mandalorian (2019 – ?, my review here) that convinced Disney to “resurrect” this project and make it into a TV show instead. Because I agree, I think this would have played slightly better as a two, two and a half hour movie, and I am saying that as somebody who enjoyed this show.

Before we proceed any further, we need to address something rotten that’s been part of the Star Wars “fandom” for a while; and it is the toxicity towards women and minorities. It’s unfortunate, stupid and idiotic, yet it has grown “arms and legs” now where even Ewan felt he had to address it when the first two episodes dropped. I will keep it brief because talking about dumb people who bully others simply because they “dare” to exist, let alone star in Star Wars, is just the kind of attention they want. So, most sincerely, get fucked. Look, do you have to enjoy Moses Ingram‘s performance? No. Can you critique her if you don’t like her character? Sure. Should you send her racist comments, and/or death threats because of it? Absolutely fucking not. Honestly, I am a massive Star Wars fan, and it’s been my happy place for about 20 years now, but it sincerely saddens me to see that some (and I genuinely hope it is the tiniest of minorities) portion of the “fans” would be so despicable. Hopefully, you have noticed I am putting “fans” or “fandom” in quotes because there is a reason for that; as Ewan said in the linked video above: “You are no Star Wars fan”. Because they truly aren’t. I will never understand how these people can watch something as majestic as Star Wars and see countless different alien races but can’t comprehend when minorities and women are involved…? So dumb.

Since I had to mention her name, let’s talk about Moses Ingram and her performance. I won’t lie; I wasn’t sure about her character in the beginning as they deliberately won’t give us anything about her backstory. The creators were drip-feeding us information, and when we finally learned her entire back story and what her “deal” was, I thought she did a great job to the point I would love for her to come back in some shape or form (maybe even in some future PC games?) But, given what she’s been through, I couldn’t blame her if she was done with this franchise, although I hope that’s not the case, and she won’t let the trolls win.

You can tell Ewan was enjoying being Obi-Wan again, and he made the role his own. It seems obvious now, but remember, he had the uneasy task of filling out some massive shoes after Alec Guinness shined as Obi-Wan. Nevertheless, he succeeded, and he is Obi-Wan to me. I couldn’t be happier to see him back, but somebody else might have stolen the show even from him. And I won’t flag this as a spoiler, but in the next paragraph, I will discuss somebody; who I had no idea would be in this show. So if “spoilers” mean you name-dropping some characters, you might want to stop reading.

I thought Vivien Lyra Blair stole the show, portraying young Leia. And I don’t mean acting-wise, as we need to measure child actors through a slightly different, more forgiving lens. No, the reason; I loved her performance was the unexpected factor and, more importantly, how she nailed the sassiness and mannerism of the late (I still can’t believe I have to write this) Carrie Fisher. She wasn’t mimicking her as much as she seemed to be her. I can’t help but think that had Carrie been still with us, she would have adored Vivien and would have been delighted with her portrayal. Obviously, we won’t know as she is no longer with us, however, she kind of was here through Vivien. Talk about filling out some shoes; I would be shitting myself, having to play such an iconic role as Leia and Vivien nailed it.

I thought the show overall definitely had its flaws, and at a time, the pacing could have been improved. But the “highs” from especially last two episodes have swayed me. Yes, I am a Star Wars fan, and I am pretty easy to satisfy, at least regarding Star Wars. 😉 I liked how I thought this show would be one thing, and then it turned out to be something else entirely; I loved the final Obi-Wan vs Darth Vader duel and enjoyed the overall theme of this show – moving on and realising things happen. Sometimes, unfair things happen to you, and the only thing you can control is your response to those things. It was also about guilt, forgiveness and how much responsibility you can carry for others (the dialogue between Obi-Wan and Darth Vader).

Overall, Obi-Wan Kenobi was a strange show to watch. The “highs” were spectacular, but the “lows” were also noticeable. And as much as I can ignore those and focus on the positives because of my love for Star Wars, I can understand the general response, where it was… let’s say lukewarm, at best. But I believe those who actually waited for this show to finish got rewarded as that last episode was pure perfection in my eyes. Would I recommend Obi-Wan Kenobi? I would say yes if you are a die-hard fan of everything Star Wars, but that would mean you must have seen it by now. For the rest of your “general audience”, I would cautiously recommend it. Please, just make sure you go into this show with an open mind and get ready for some pacing issues and Obi-Wan cosplaying as Vincent Adultman from BoJack Horseman (2014 – 2020) in one “key” scene. 🙂