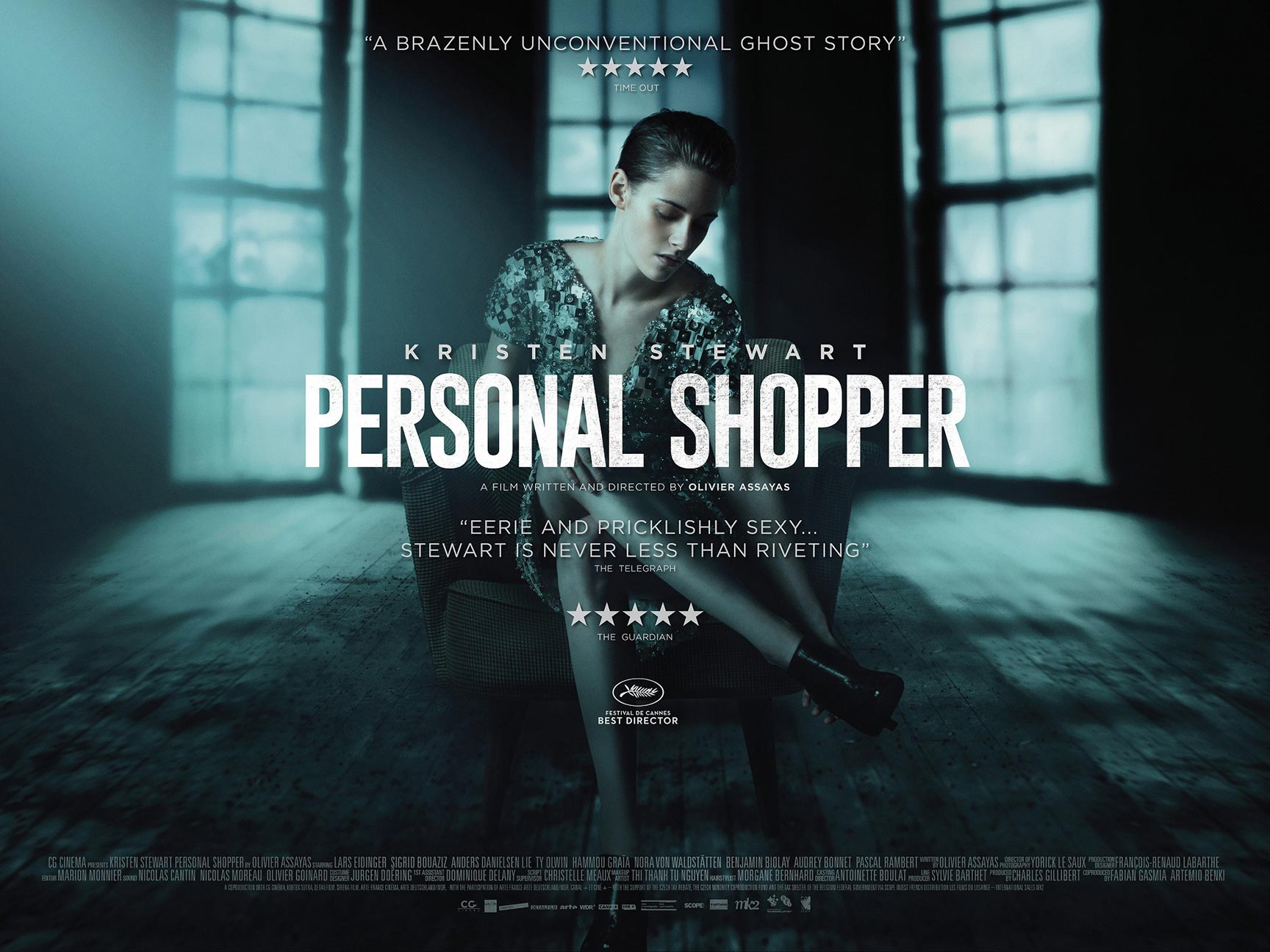 The headline says it all, really, as I so wanted to love Personal Shopper! Really unconventional idea about an unconventional job told in a very “European” way. So far, so good, right? On top of that, Kristen Stewart, who I would hope, has managed to fully shake the “Twilight” image and like her co-star and Batman to be Robert Pattinson proven that she’s capable of way more than in those movies. And this movie is a great vessel for her… to a point.

Personal Shopper has a really intriguing story – I don’t know about you, but I haven’t really thought about lives of personal shoppers. To those who don’t know, if you reach a certain “celebrity” level, you might get “your guy/girl” that you will give a list of items to pick up and they do just that. So once you come back from a movie shoot, or the studio where you made your latest single/album, you have a new clothes to wear, new tech to play with it… I did like that angle. On top of that, Kristen’s character is a medium, who can communicate with ghosts. And on the very top of that, she doesn’t want to leave Paris until she makes a contact with her brother, who died there. That is the story here.

Before going into spoiler territory, as my frustration with this movie can’t be explained without spoilers, let me just say this. Kristen is subtle and great in this movie. The story overall is interesting, the movie is shot very well and I don’t mind when movies don’t give you straight answers. But this film went into overkill with not even hinting, what happened the very last 20/30 minutes. I was so unsure, I had to google and read some theories, which doesn’t bother me, but even those I wouldn’t have thought of, still had major gaps that I couldn’t overlook. And that hinders my enjoyment of this unusual movie. If you want for your viewer to be more connected to the story and also give them the chance to interpret it their own way, give them at least a map, some clues, hints about where they can go, what the rules of the world are… Without those, it’s just a frustration for frustration sake. Which is a shame, as I was really enjoying this movie. With that said…

The movie for the most part is pretty clear on what’s happening – she’s a medium, her brother was a medium, and you can see her doing things that are out of this world in the movie. As far as the identity of the “mystery texter” is considered, it didn’t really surprise me who it was, as it made the most sense. What “surprised” me was everything that happened after their meeting in the hotel. Sure, we can see (well, we can’t, but it is heavily implied, you know what I mean) that ghost is leaving their meeting, then we have Kristen saying goodbye to her friends, while her brother is in the background, dropping a mug, fine. Then, she travels to see her boyfriend (who she talks to after the hotel meeting, if I am not mistaken) just to arrive someplace, where she’s “haunted” by… her brother, or maybe HERSELF? That is right, the ghost we did (not) see leaving the hotel room meeting, might have been her, as there are theories about Kristen’s character being murdered by the boyfriend of Kristen’s employer. But that doesn’t make sense, as how would ghost then communicate with her boyfriend and others? Sure, the friend I believe was also a medium, so fair enough, but the boyfriend and others she met on her journey to whenever her boyfriend was staying…? And if it was her brother, why is he being a dick to her? Or is it somebody completely different?

I honestly don’t mind ambiguous movies, where you need to “work” for it to make sense. The perfect example is Mulholland Drive (2001), one of my top 10 favourite movies of all time, even though I still haven’t cracked it 100% (but I think I am getting pretty close). But there is a difference between Personal Shopper and Mulholland Drive and it’s a strange one, but Mulholland Drive feels more approachable, as far as giving you clues, letting you into its world, even though it’s much crazier than Personal Shopper. Like way crazier, even the twist flips everything upside down. BUT, the way it happens and the clues it gives you, makes you want to re-watch it. Whereas this movie felt like it wanted to have a twist ending and didn’t bother with filling the gaps to justify the ending. Because films like this live or die on repeat viewings and how well you can spot something that you totally missed the first/previous time. But if you haven’t missed anything (and I don’t believe I have, as from what I have read throughout some forums, everybody has a different take on what this movie/ending is) and the movie with a twist “stays” the same the second time you watch it… well, there is more chance there won’t be any second time.

I might give this movie a second watch at some point to see, whether I did miss something or not. As I need to repeat myself, until the last 30 minutes or so happened, I was really into this. It’s different, it has its own tempo, its own feel and it’s trying to do something I haven’t seen, at least in recent years. Plus, and I can’t overstate this enough, Kristen is great in this. But it’s really important to land the ending. Without that, you have a 75% of a decent movie, and the rest that just puzzles you. And that, in turn, leads to me over-analysing a part of movie I didn’t like/get, instead of focusing on the most part of the film I did.