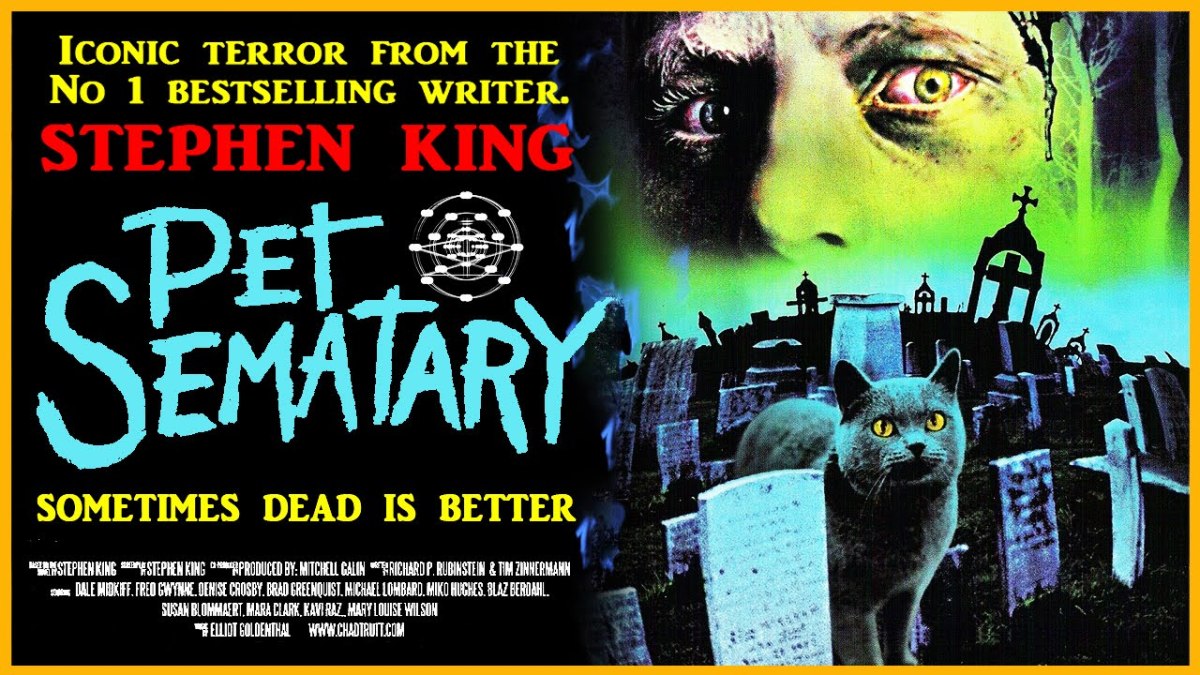 There is definitely something about horror movies from the ’70s or ’80s. Even though some elements can be dated today (in this film, it’s 100% the acting), they always tried to go for something. What I like about those films is because the CGI wasn’t as available/believable as it is now, they had to do so much with less. And even if the movie is sometimes balls to the walls crazy, I still manage to have fun with it as I can see, they were trying to do something new. Or, at the very least, they tried to entertain you.

Pet Sematary is a delightfully creepy film that consists of effectively two main storylines. The first one is the “A story”, about a family moving to a new home and then, catastrophe happens. The other story only concerns the mother and her trying to deal with her very traumatic past. And that will be the first thing I need to mention – that entire subplot was much creepier than what was happening in our “A story”. I wish they would have focused more on that because the flashbacks with the mum, dealing with her disfigured sister, were still effective.

As mentioned before, the biggest thing by far going against this film is the performances… well. One performance specifically. I hate calling out actors, but I don’t understand what Dale Midkiff was going for at all. He seems like he’s literally sleepwalking throughout the entire movie. I would have understood had he started as your “average Joe”, and as the film progressed and he must deal with more and more, then he would “snap” into that catatonic mode. But I swear his face was blank from pretty much the beginning of the film.

The other reason I love horror movies from the ’70s or ’80s is nowadays you couldn’t show half of this stuff anymore. This is where I will talk about the story in-depth, but that also means I have to go to the spoiler territory, so…

I believe the story of this movie, based on Stephen King’s book, is one of the more famous ones, but still, for people who have never heard about it… The family moves into a new house. They quickly discover a “pet semetary” where the locals for decades have been burying their pets. And there is something behind it, a sacred “sour” ground, where you can’t bury anything under any circumstances. Unless it’s a pet that your young daughter can’t live without, then you go right ahead. But never a person! Because the animals don’t come back “normal”, let alone people. So yeah, after this warning, you might see where this is going.

The family loses their son, so what do they do right after the funeral? Stick together so they can be there for each other? Nah, mother and daughter take off to Chicago, leaving the dad all by himself. Because sure that seems sensible. Anyway, the dad, of course, digs out his son’s body and goes beyond the “semetary”, and lo and behold, the son has returned. Except he’s a strange cross between creepy makeup on a pretty tiny kid and a plastic doll. I understand why they had to use a doll for some shots, but that doesn’t make it any less laughable. What happens then? Somehow the daughter has a gift of seeing the present/future…? So she knows what’s up, so mom and her come back from Chicago. But the creepy son not only takes out their neighbour, but he kills the mom too. The movie must be over by now, right? There is no way the dad would take her body beyond the “semetary” at this point, right after what happened with his son, rig… Yep, he’s taking her there, so she could also come back.

I am not going to lie, the last ten minutes or so of this film went from creepy to straight wild as the mom comes back, dirty and scared, they start to kiss with her husband (yep), and we see her, taking a knife. That is the end. Yet again, crazy. And yet, I still had fun with this movie. Especially now, when I’ve had the… what’s the opposite of fortune? Oh yeah, the misfortune of seeing the Pet Semetary (2019) remake, which was… horrible. But it had much better actors. While I was watching that movie, I wished there was a way we could swap actors from the remake, so they could retrospectively appear in this version. As believe me, with better actors involved, I would have been all over this film.

The other thing that didn’t quite make sense to me – the roles should have been reversed. What I mean by that – it’s clearly stated that mum’s character has problems dealing with death due to what happened with her sister when she was young. So to me, it would make more sense if it was her, who goes crazy to the point of bringing the son back, ignoring all the warnings because she can’t deal with it, not the dad, who was the “logical” one about this death thing. Well, until his young son died. Just a thought.

Overall, Pet Semetary is one of those creepy 80’s horror films that mostly work. It’s not a masterpiece by any means. I wished they explored the “B story” with her sister a bit more. And the actors are definitely the weakest part of this film. But at least you can see, they were trying to do something unique. I wish I could say that about the remake (the review is coming soon).