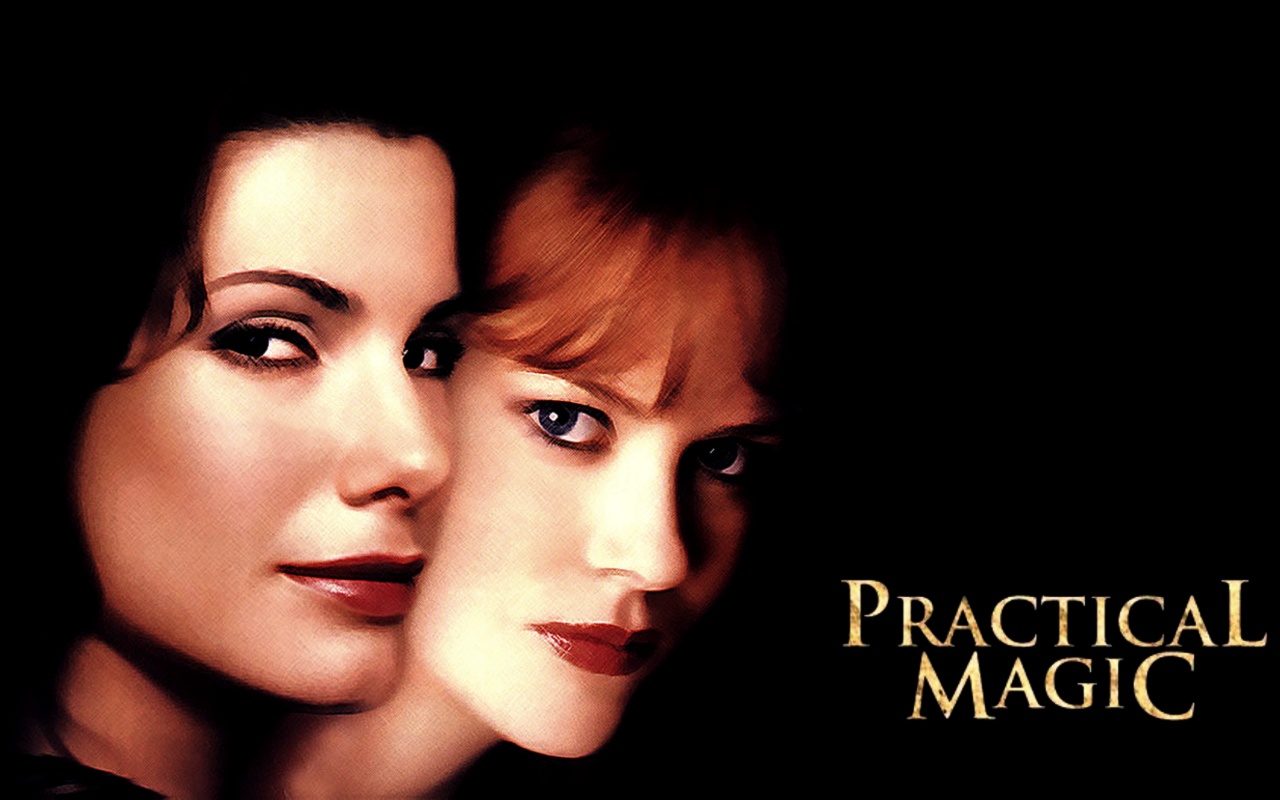 Practical Magic is the perfect example of a movie, that has everything going for it. From the story/outline (witches exist and live among us) to casting (always had a weak spot for both Sandra Bullock and Nicole Kidman) everything seems to be where it needs to in order for this film to be a great one. Except there is one tiny thing this movie didn’t do properly – establish any rules! Which, if your main selling point is witches and magic, is kinda important.

What frustrated me with this movie more than anything, is I am not even talking about re-writing the entire thing, or saying the movie overall is not watchable, as it is. Literally only thing that would help out this movie massively, would be inserting two, three lines maximum about the actual powers these witches posses! What can they do? What can’t they do? Is there a limit to their powers?

The reason I am asking these questions, is quite simple. Throughout this movie, our main duo finds themselves in a few situations, where, I don’t know, maybe a bit of magic could help them sort it out within a second, yet they don’t use it…? Or if they use it, they only do minor things…? The problem with any magic being in your movie is you need to spend some time on rules, otherwise the audience can just say something like “Hey, how come they can’t magic their way out of this situation? Oh, they can’t? Because they don’t have that kind of power, huh? Ok, one more question, HOW am I supposed to know that?!”

What hurts even more with this movie is if only those rules were established, Practical Magic could have been one of those movie I would love to go back to, every once in a while, as everything else is great. The cast is great, the story is fairly compelling, but the longer it goes, the more questions you have and the end… ok, let’s talk about the ending here, because Jesus on a pogo stick, that was confusing.

The entire film we see how all people in this small town are afraid of this family, how it’s “public secret” this family are witches and how some of them even hate them because of it. Yet, when they need “help” to create a coven of witches, so the last spell would work, suddenly, plenty of those same women are only one phone call away to help them out…? First of all, what?! How? How did the family manage to persuade them to suddenly help them out? Also, does that mean all the women that came out to help out are also witches, therefore were hating their own kind? And if not, if they are just “regular ass women”, would they posses any power to actually help out the witches with their spell in the first place? So many questions. I know the movie is trying to have this all empowering message about unity, womanhood and all that, which is great and all, but not in this instance, as it doesn’t feel earned. It feels like somebody cut out a good hour or so of the movie that explained everything, just for the fun of it, with no real reason behind it.

Practical Magic to me is a flawed movie, that had potential and all the elements of being a pretty great film in it, just the people making it didn’t fully grasp the potential. To me, these are the movies we should remake (I mean, if the studios really can’t come up with something original and we have to have remakes of movies in the first place) – the movies that had potential, that had good stories, that could have done with somebody different going over the material and making it better. Don’t tamper with well beloved films people already managed to make great, give chance to movies like this! I could easily imagine this today, as the story doesn’t need any changing, just again, give it to somebody, who would establish some rules within the universe and you are almost there. All the “hard work” has been done, we just need to iron out the details.

If you aren’t a fan of either Sandra or Nicole, first of all, why? Second, and most importantly of all, deduct one star from my final rating, as those two working so well together is the only reason my rating is as high as it is. Sometimes, my brain says one thing, but my heart and soul can’t fully hate a movie with two of them in it. 🙂