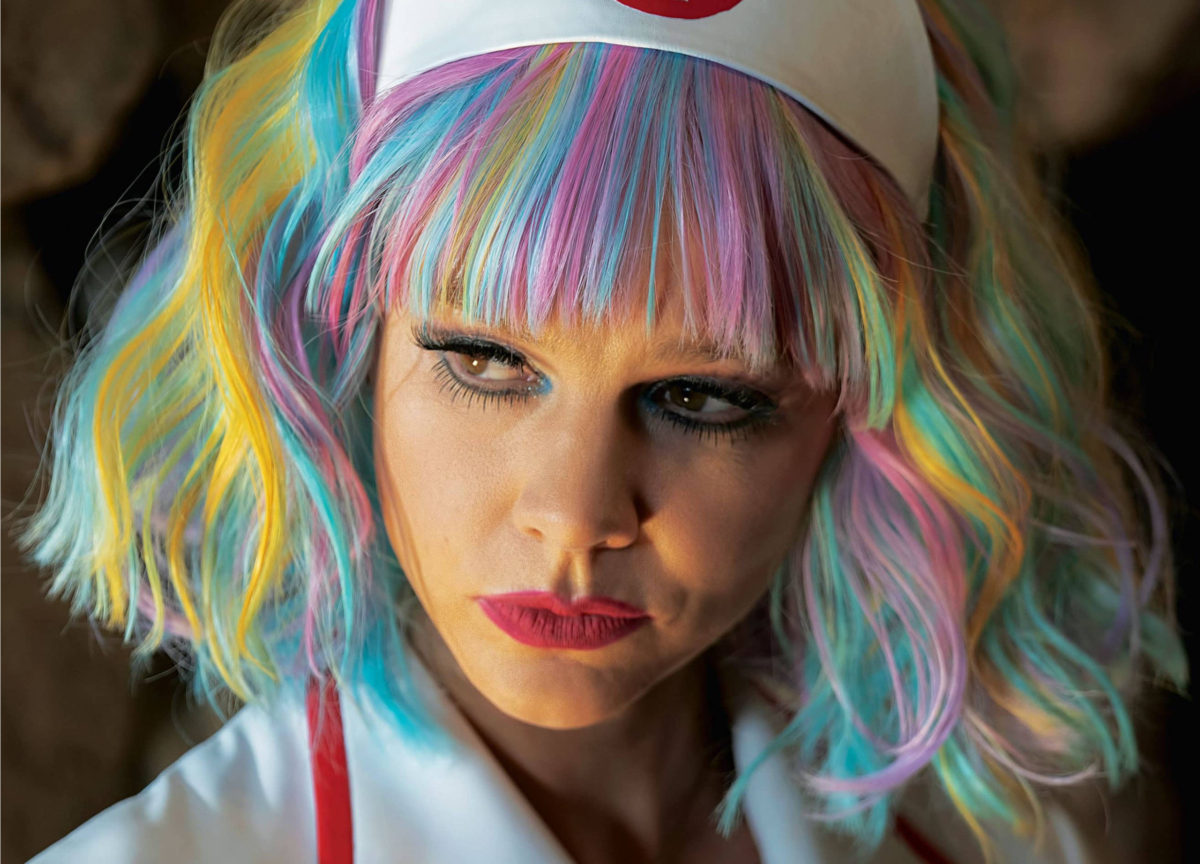 I love movies like this, where going in, I have some idea of what to expect, only for the movie to surprise me a few times along the way. Promising Young Woman is superb movie, that’s really hard to watch at times. It’s also a movie, that is difficult to discuss without spoiling most of it, as that’s where the brilliance lies. Every time I thought I knew where this movie was going, it went some way I didn’t expect and I honestly don’t want to spoil it for people, who haven’t watched it yet, so before I put the spoiler warning let me just say this.

Carey Mulligan is proving yet again she’s one of the best actresses of her generation, and this movie succeeds in making you feel uneasy for its entirety, which is the point – it manages to replicate how most women feel a lot of times. I know that from talking to lot of my friends, how aware they are when comes to things men don’t have to ever think about and I this movie will make you understand how it is to feel you are not being heard, you need to always watch out, always be on the lookout for what happens next, because you just never know. If this movie was no good (and trust me, it is) it 100% succeeds in replicating that feeling of anxiety, having to always be on the lookout, because then, if something happens to you, you were somehow “asking for it”. If you are in a mood for a movie, that’s pretty fucking brilliant, but quite hard to watch at times, and challenges plenty of ideas about what is right/wrong, this might just be a movie for you. So, without any delays…

First things first, I love the fact somebody finally got the balls to give Carey Mulligan role like this, where in some scenes, she’s more anti, than hero. See, to me, the brilliance of this movie is, it understands that even though everything Carey’s character is doing is “the correct thing to do”, sometimes you can definitely tell she’s beyond the line, in a way where “ends justify the means”. She’s on this war path, where nobody ever changes, because if you’ve done one bad thing years ago, you definitely still are a bad person in her book. So sometimes, she needs to push her victims several times, before they are in the situation she wanted them to be in, so it justifies her actions. She becomes the literal “judge, jury and the executioner”, which is not anything remotely new. There are/were plenty of (mostly men dominated) movies, where one man takes the situation into his own hands and deals with it. But in here, it’s a bad ass woman and it’s Carey Mulligan. And I am here for it. I always love, when somebody isn’t afraid to cast people against their type, for example somebody, who seems (from the movies and interviews I’ve seen her in) so gentle and quirky, to transform for a role like this, to go to this dark place. And Carey nailed it. Even if she doesn’t win the 2021 Oscars, where she is nominated, it’s only a question of when will she win, rather than if, because she will definitely get at least one of those golden boys to her name. You just watch.

Let’s talk about the the story and ending, shall we? Because this is where the movie shines. For the most part, I thought this was a pretty great movie, but I thought I could see where this is going. This is where the first major twist happens and we see Bo Burnham (who even though he’s the most likeable guy in this, still has his past) in “the video”, even though he’s not doing anything, he’s also, you know, not doing anything. He’s there, part of the problem. From then on, I yet again thought I can see where this is going, until Carey’s character dies. And that genuinely surprised me. I admired the balls (or “the ovaries”? ;-)) on this movie to go someplace like this. And then, when the ending is happening, I yet again thought I could see what the film is doing, just to be surprised one last time. And I can’t even remember the last time, when movie took me for a ride so often in such a short amount of time. When it was over, and all the pieces landed where they were supposed to land, that’s when I knew I’ve just seen something great. If there is one thing I really admire, is when movie surprises me, at least once. This one did it 3times in a span of 30 minutes and on top of that, all those twists actually made sense. You can tell everything was meticulously planned, and also how smart Carey’s character was.

I think Promising Young Woman is a miracle of a movie, that manages to discuss the topic of rape and sexual violence not only without ever using those terms in the entire movie, but also honestly and openly. It never feels preachy, it never feels like it’s stuck in its own way. It’s a really focused piece of film, that is keen on having an open, yet uncomfortable discussion on what’s happening, without trying to be pretend it has answers to everything. Because here’s the thing – it knows, if things are to change, it won’t be easy, it won’t happen overnight, and it will take a lot of work, lot of unpleasant conversations, that need to take place.

The movie also leaves the question “does she have the right to be the judge, jury and executioner”? to each viewer to answer. There are definitely moments, where you feel like she’s consumed too much by this “quest” (even Nina’s mum, who’s probably more affected by losing her daughter, is telling her at one point, that she needs to move on, to forgive herself) and then something happens, when you feel like she does need to what she does. It’s definitely well told story and the movie knows exactly what it wants to say by actually saying too little. Because it would rather show you, let you be in her shoes, make you feel how Carey’s character is feeling and does it very effectively.

Overall, Promising Young Woman is not an easy watch. But it’s definitely well worth of your time. It’s a clever movie, that (unfortunately) won’t become dated any time soon, as the main subjects of this movie (sexual violence, believing women, men being excused as being “just kids”) won’t just disappear. This movie took it, ran with it and did it in a really inventive way. Plus, and I can’t stress this enough, Carey Mulligan is one hell of an actress.