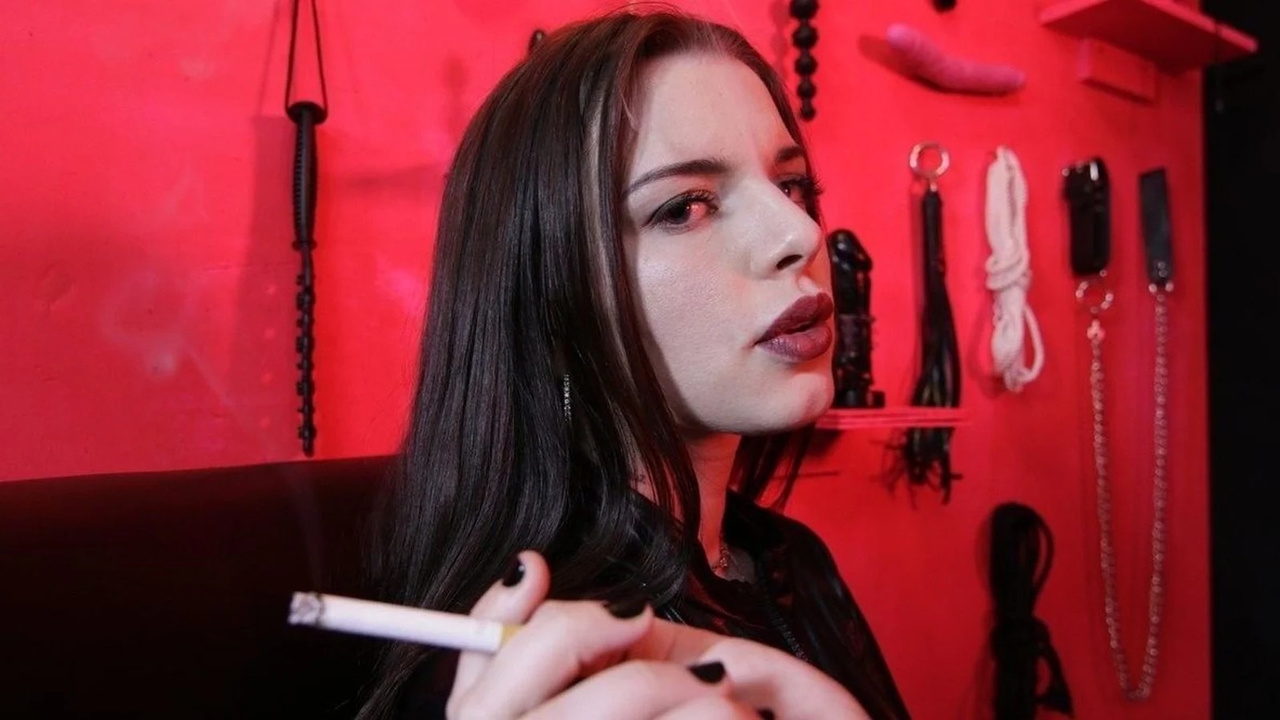 Like most movie goers in late 2019, I have seen this movie called Uncut Gems (2019), where I’ve learned 3 things – Adam Sandler can be a great performer, when he’s not making movies for the sole purpose of having holiday fun with his friends (and to be fair, more power to him, who wouldn’t do that, right?), anxiety can be made into a movie with no issues, as that film is what gives anxiety its anxiety attack (think of it like anxinception) and there is this woman called Julia Fox, who caught my attention for her striking presence, great acting and by looking unconventionally stunning. So yes, it was only her name alone that got me into watching PVT CHAT, as I wanted to see, whether I like her because of her talent, or because she’s not too bad to look at (yes, you can tell I am just a simple man, who considers Julia quite stunning).

Well, this movie might seem like it’s Peter Vack (quite talented guy, really liked his performance), who is the protagonist, but I would argue it stands and falls on Julia. She brings her own past into this role (for those unaware, she used to be an actual dominatrix) and makes the film so much more believable. She isn’t shy to take risks, or to reveal herself (I am pretty sure plenty of men and even some women will not mind those scenes in this movie) but for what it’s worth, it never felt cheap. While watching the film, I never got the feeling of “hey, we do have Julia Fox, so we should write a scene or two where she is naked, right?”, the nudity never felt gratuitous. As that is something I liked about PVT CHAT, throughout the movie, you can’t enjoy anything, even the nudity, as the film is dark. It delves deep into variety of issues (addiction, toxic relationships, depression, suicide), it feels really raw at places, you do feel quite uncomfortable. Which is good, as that means, the film is doing its job.

What I also liked about this story is nobody is black or white character. It’d be so easy to play into the tropes of “cam girl, who’s just trapped and looking for a way out” or “guy has a nasty realisation about his life and basically overnight decides to improve upon every single thing he was doing wrong”. Both our main characters have something about them, that can be redeeming and they also have darker side to them. Nobody is innocent, everybody is just playing everybody, until the ending comes and… this is where this film kind of fell apart for me. I think I understand what the director (Ben Hozie) wanted to say, but I was honestly not sure, how to process it. I really need to go into the spoiler territory here, trying to write it out, so without further ado…

This movie will throw some twists in your way throughout it. Plenty of them you will see coming, like the fact she actually lives in New York, or surprise surprise, she has a boyfriend, who kind of is the reason behind her being a cam girl (maybe not a sole reason, but the movie hints a lot at the fact, that she wants to quit and he persuades her not to, just to make a bit more money for “them”). What starts a whole chain of events (practically the entire third act) is Jack (our protagonist) finally finding out where Scarlet (Julia) lives and “kind of” breaks in. The scene, where he hides underneath the couch, is pretty nerve wracking. And then, Scarlet pays him a visit, and you just know, this will end badly. Well, it does, but also does not…? Sure, she is there to rob him, as she finds out he was in her apartment. At least I believe that was the reason? The movie kind of skips over that, as it might have been the fact they (Julia and her boyfriend) believed, he’s a really successful and wealthy guy, so he won’t miss some money. Anyway, they rob him together, he is now more desperate than ever, we know he knows where she lives, so you are expecting anything to happen at this point and believe me, you don’t know where this is going…

Basically, she reaches out to him, telling him she wants to meet up, because she feels bad and she tells him that she might know, how to get some of the money back. So, they meet at the motel, where they go through couple of different emotional stages (anger, sadness, somehow happiness), get drunk together and she finally lets him to fuck her. But he can’t get hard, so she stars to portray her character from the cam site. The movie finishes with both masturbating, but not touching each other… Yeah. That is it. Nothing about the money, or lack their of. Nothing about why is she there, we don’t get any hints whether she’s playing him again, or truly feels bad, nothing.

I think I understand the intent – she actually felt bad about what they’ve done, as she’s realised what she’s done wasn’t justified and her meeting up with him and eventually letting him being frisky with her would make them square…? The final shot of them being in the same room, both up for sex, but still tending to each other, not to the other person, was (I am guessing) meant to symbolise their inability of being properly intimate, as they both are working through some issues? Or maybe a comment about today’s day and age, where people would rather watch porn and masturbate, than had sex with their partner, who’s in the next room…? Either way, it didn’t work for me that much. I understand he’s obsessed with her, but don’t tell he’d not do something stupid, when she robed him of $10.000? As I have stated before, I have no issue with some films being more open-ended, where the director leaves it up to the viewers to decide, where the story/characters end up, but in this movie, it felt like a cheat (a bit). What I am saying is, I wanted more of final resolution, maybe a few more hints…? Wasn’t expecting anything wrapped up nicely with a bow, I knew this ain’t that kind of a film, but still, this didn’t feel like enough.

Overall, PVT CHAT is definitely an interesting watch. If you are fine with such topics like cam girl(s), domination, nudity, different forms of addictions etc., you might enjoy this movie. If you seen Uncut Gems and thought Julia Fox is stunning and you would want to see more of her (both acting and nudity wise), you also won’t be disappointed, as I do believe she is the main star of this film and somebody, who is a really interesting actress to watch out for, as I think she’s really talented and we haven’t seen the best of her acting yet. As mentioned, the only issues I had was with the last 30 minutes or so, where I wasn’t sure, what was I meant to think, to be perfectly honest. Or more importantly, I believe we have not been more hints, to build our own conclusion(s). But I would cautiously recommend this.