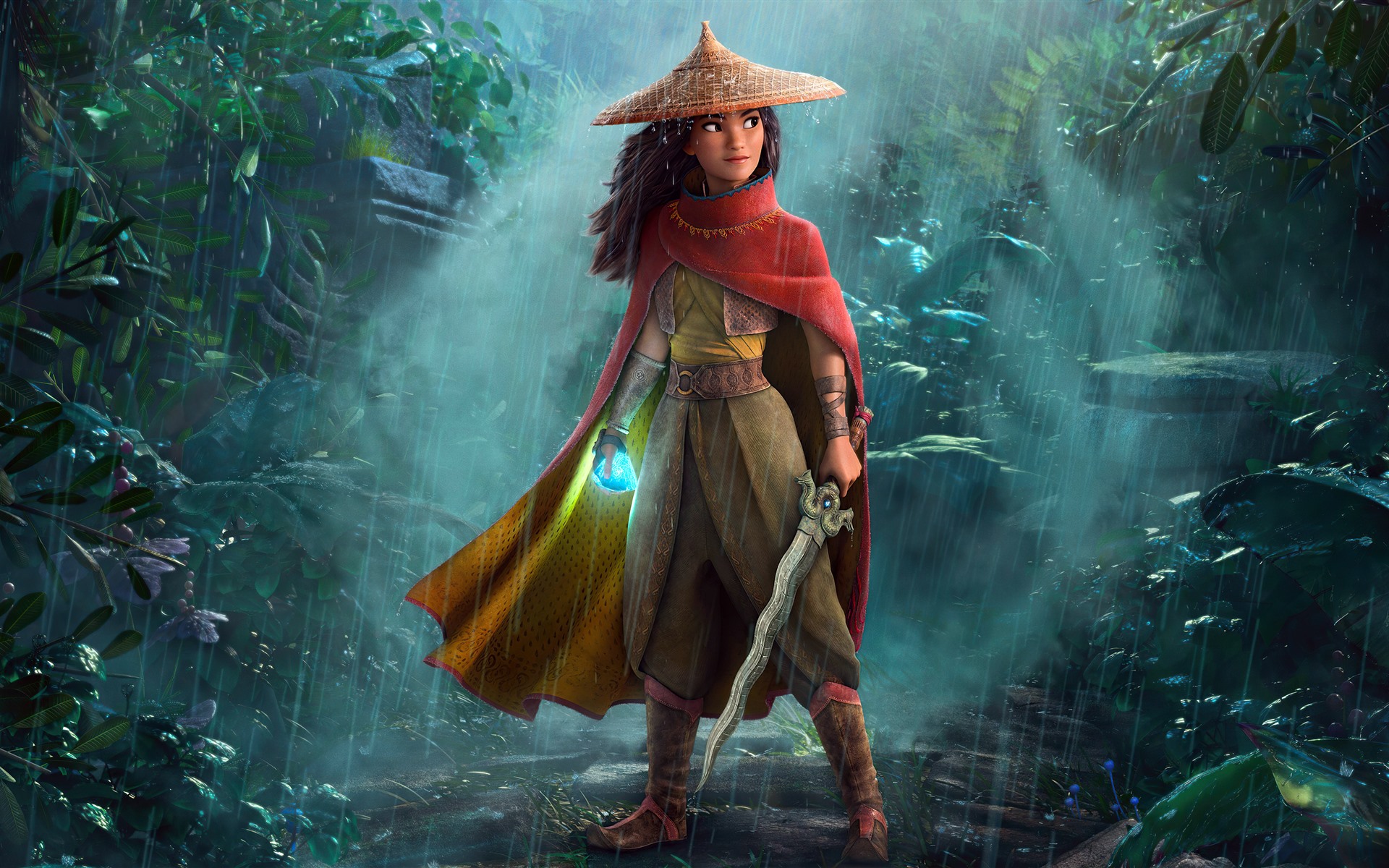 Raya and the Last Dragon is one of those COVID-19 films, that were due in the cinemas in 2020, but since world has been kind of strange, it got pushed back, amongs many others. When it got finally released on Disney+, I’ve heard mixed reviews, where people were either underwhelmed, or just “whelmed”. I have yet to see somebody to praise this really highly (well, my girlfriend really liked it, so I am guessing I have finally seen somebody, who really adores this film).

For what its worth, I think I fall into the “whelmed” camp, where I thought this film was pretty cool, cute, colourful and at places, slightly unpredictable (I knew how the story will go/end up, just didn’t guess the route it took, so that’s a plus in my book) Disney movie, that mainly suffers from being a bit too long. I thought for the story and how it went about telling it, the movie had about 10 minutes too long.

I really appreciated the slightly new(ish) spin on all too familiar story (hero, or in this case, heroine, who needs to save the world, that used to be great, and while doing that, she might learn a lesson or two) but I thought at places the movie dragged on (or dragoned…? No? Ok I’ll see myself out then) a bit too much. What I also didn’t understand was how often then movie repeated itself, when comes to names of the dragons, or how our protagonists would talk about “we are approaching *insert a place named after a dragon body part here*, finally!” just for us to get the big font title screen with *insert a place named after a dragon body part here, you know, the one we’ve just mentioned 5 seconds ago*. I understand this is a movie for kids, but trust me, kids nowadays are not dumb and they catch on quickly, you don’t need to spell everything out for them.

I thought the voice casting was perfect. I really enjoyed both Kelly Marie Tran voice and performance. What I was surprised by was the fact how much I enjoyed Awkwafina‘s performance. I am not going to lie, it always takes me out of the movie slightly when characters, especially the ones that are supposed to live “long time ago”, speak in modern slang and use popular phrases. So it took me a while to get used to Awkwafina’s performance, but there was something about her voice that quickly convinced me and I loved it. Also, she definitely had some funny lines, definitely a perfect example of a great comedic character, that could have been annoying, but wasn’t.

Raya and the Last Dragon is also a great example of stunning animation, where the characters don’t necessarily look real-life, but everything around them does. Mainly the water animation, the level of attention to details, some of those desert shots… I loved how colourful this film was, it was truly joy to look at and it never felt like too much, or something would look off. But then again, it is Disney, so they can afford to spend some decent money on their movies.

Towards the end, when I started to fell the extra length of some scenes, I was really on the edge when comes to my rating, but then as I alluded to at the start of my review, things I expected to happen, happened. But way differently then I imagined. And I really liked that. Some of you might be thinking, what does it matter how it goes about it, if you know from the very beginning, how the story ends? Well, I really much believe in the rule of “it’s the journey, not the destination” so that is why to me, these tiny details matter. It’s easier to take the road that’s more travelled, so I do appreciate this film for at least throwing something slightly unexpected at us.

Overall, Raya and the Last Dragon is a prime example of Disney movie, that you can say it’s pretty great. It’s visually beautiful, mostly funny adventure, where you know what you are getting yourself into, but also the movie might surprise you at times by the path(s) it takes to get there. It can’t be measured with the likes of Pixar however, as not only it was a bit too long for me, I felt like there was nothing deeper in it. Don’t get me wrong, the movie’s message about “people being people” and “we are best when we come together, trust and help each other” is a good lesson. But compared to the “the cream of the crop” animated movies of the last 20 years or so, it does feel a bit on the shallow side, like there isn’t much meat on these bones. But it’s a great family movie nevertheless, and I don’t think you will regret watching this cute, colourful film.