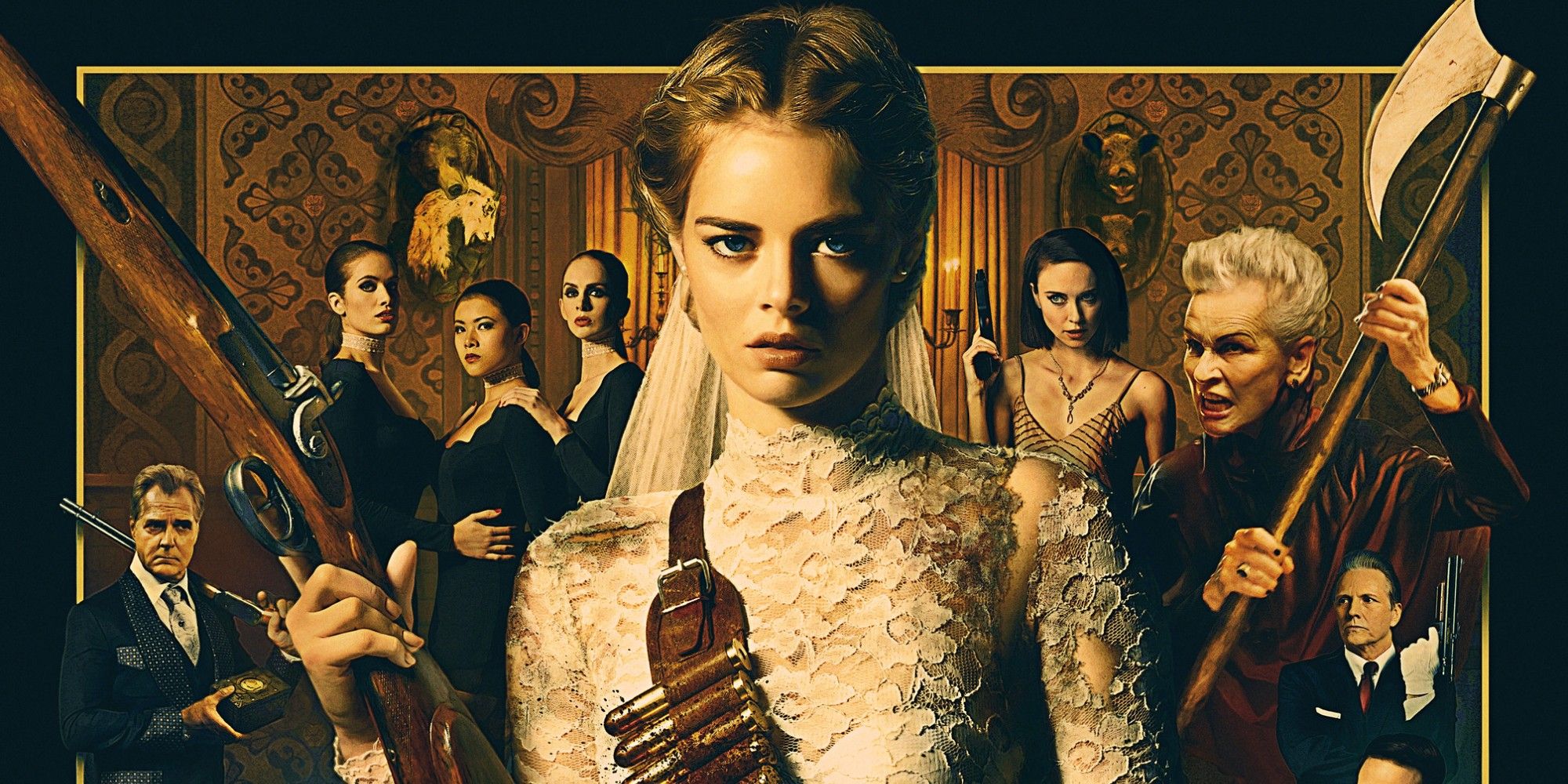 I realise this might be slightly controversial view, based on what I have read about this movie right after seeing it, but… I need to say what I feel. The ending didn’t work for me the way it (apparently) worked for most of the people on the Internet. Which slightly hinders my enjoyment of the movie overall, as I thought it was going one way and the movie went the other way. Which, reading all the different reviews/reactions, was probably smart decision, as I am definitely in a minority of people, who thought the ending didn’t work as well. But we will get to it…

For the vast majority of Ready or Not, I really liked it. Even though some of the things/scenes I could see coming miles away (and by others I was pleasantly surprised) I still had some fun this movie, and will definitely remember name Samara Weaving from now on, because she absolutely rules this movie. And yes, she looks like what would happen if Margot Robbie and Emma Stone somehow had a baby, but holy shit, this woman can act! Put somebody else in this film, who might scream less, or has lesser presence and the movie loses a lot of what Samara is bringing to the table. I will definitely need to watch more films with her and be on the lookout for her name in any movies and TV shows from now on.

The film overall felt like it wanted to be Get Out (2017) so bad, but it didn’t have the complexity or symbolism of that movie, which is why they decided to go with that ending. I need to discuss it in some length, and obviously that can’t be done without going into the spoiler territory, so…

For the entire movie there is this idea, that if the family doesn’t succeed with killing Samara’s character by the dawn, they will all die, because, as you learn, their grandfather made a deal with Mr. Le Bail (who could have been called the Devil just to simplify it, really) so they don’t have any other choice, which is something a few characters say (like Andie MacDowell, who I don’t think I have ever seen playing a villain character!) And I was really looking forward to either them realising it was wrong and them truly understanding how wrong they were all these years, or how Samara’s character will kill them off one by one, but only because they tried to kill her first, therefore it would have been this ironic situation, that yes, they would all be dead, but only because they believed in such bullshit in the first place. But then the movie decides that the curse is a real thing, they even show a flash of “Mr Le Bail” and… to me, it doesn’t work. Because it justifies the family’s actions to really shitty extent, where that crazy, satanic shit they are doing/worshipping, actually exists and they actually need to do it. And I know it should have been more of “yey, her soul was pure, that is why she didn’t blow up and they did, fuck the rich fucks” hoorah, but honestly if anything, that made me feel (a little bit) sorry for them, because they were right. They were still crazy and insane for going through with it, no questions about that, but I feel like part of the “dark comedy” this movie wants to be so hard is lost, when the main crazy thing turns out to be true.

Let me put it this way, I can handle a movie that justifies villain(s) in a way, because as the old saying goes, “there are always two sides to every story”, but with this one, that side/secret/the reasoning behind it is just so ridiculous, I can’t get over it. It’s maybe because up until that point, movie is trying to be realistic about everything, it puts Samara’s through hell and back and I thought even most of characters make logical choices that are aligned with their characters, no matter how sane or insane those choices are. So yeah, I just couldn’t get over that curse being a real thing. And don’t even get me started with the true darkness of that ending, where she’s totally and utterly fucked. She’s going to jail or some sort of mental institute for a long time, because what else would happen? What’s her defence? “I had my wedding here yesterday, but as you can see, there are splashes of DNA all over the place, but not because I killed anybody, but it’s this ancient curse, see? This family worshipped Satan and I try to sacrifi- Wait, where are you taking me??!”

Who really surprised me in this movie was Adam Brody. I have seen him in couple of movies, but never in something where I would say “he’s pretty good”. But in this movie, he’s pretty good! You can tell on his character how affected his entire life was by what happened to his brother and him when they were children (I will get to that in a second too). Pretty decent performance, I thought.

The other issue, even before the ending, was the opposite, actually. Yes, the beginning. And the reason I had an issue with that is simple – the movie totally undercuts itself. Let’s presume you are like me, never seen a trailer for this film, don’t know what the story is about, you just wake up one day, and decide to watch Ready or Not. When the movie starts with the scene of the brothers being kids and seeing the “hide and seek” game, the surprise is really out of the window within a first minute. Then, once we get to the wedding and see the groom more nervous than usual, it doesn’t take a genius to put 2 + 2 together to figure out what is about to happen. Just imagine this movie starting with a wedding, maybe some “cliché” opening credits, to trick you into thinking you are about to watch something else. That’d be awesome! And you can still have the “opening” scene later on, as I understand why it’s there, we need to understand especially Brody’s character and his reasons for… well, everything he does in this film. You could have it later on, in form of flashbacks, and I think it would actually improve the flow of the movie. It would also give the audience the chance to catch their breath, before another horrible thing happens to Samara’s character.

Overall, Ready or Not is a pretty good movie, that could have been better. Your enjoyment of the movie really depends on how much gore you can take, because there is a fair amount of it in this movie and how tolerant are you to see a movie, where the villain(s) are justified dicks. They are still dicks for doing what they are doing, but given they are correct in everything (what would happen if they won’t do it), can you REALLY blame them? I mean, yes, of course, but really? Oh, and it’s definitely worth seeing it, just so you remember the name Samara Weaving.