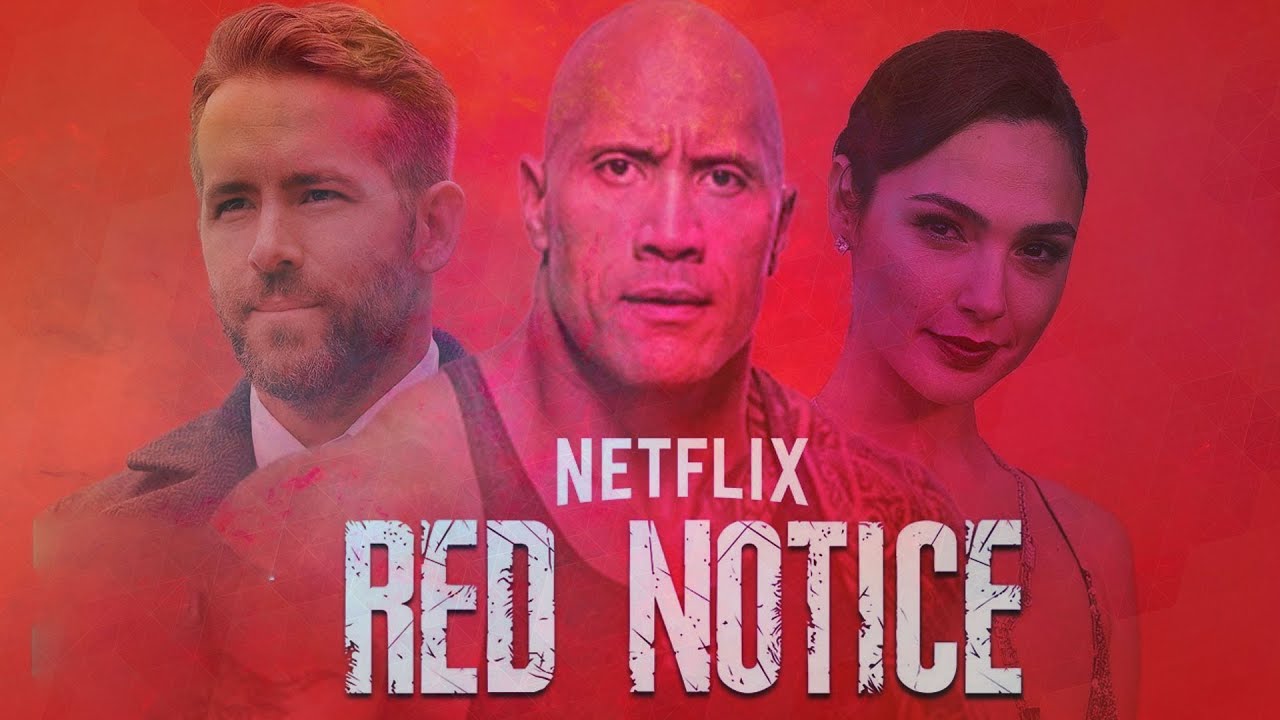 I don’t get it. This movie has three ultra-mega-super-duper stars that all proven they can carry movies, and those were all actions movies nonetheless! So how come, when you put Dwayne Johnson, Gal Gadot and Ryan Reynolds together in one movie and let them “loose”, you get something like Red Notice that is not bad, but also not great? This film might be the most average action film that ever averaged on your TV or iPad (please, for the love of everything holy, don’t want movies or TV shows on iPads). What Red Notice also proved, albeit accidentally, is that Netflix still doesn’t know how to “crack the code” and make decent films. They figured out how to shower the stars with money and attract them to Netflix. But if the script falls short of the star quality, that might be their eventual downfall.

Red Notice was a frustrating film because I wanted to like it. I like all three main protagonists; I love action/adventure films and don’t mind when they get unbelievable or silly, as long as they entertain me, it’s all good, I can forgive a lot. But in this film, it almost seemed like the script revolved around our three protagonists without giving them any lines. Because why, if we can improv most of it? They all have massive charisma and are witty, so surely they can be funny? Well… kind of. Most jokes don’t land the way this film intended, and (not surprisingly), the funniest person out of the titular trio was Ryan Reynolds. But even his performance felt like he was running on fumes at times.

And I don’t blame him. Because I can say the same thing about Dwayne and Gal, all of them did good enough jobs, so nobody can say they didn’t earn their massive paychecks, but at the same time, we have seen all three shine in other films. Whereas in Red Notice, they don’t shine as much as they flicker…? I am still not convinced whether it was the direction they got or something else, but they all had much better moments in other films. I wouldn’t be surprised if this film became one of the go-to examples of “just because you can get the biggest stars, it doesn’t mean your film will be exceptional”. Or, in this case, even great.

But that all goes back to the script and lack of tension. This film invited the following comparison by hinting at this movie a few times throughout it, so let’s compare them. You can tell this film wants to be this generation’s Raiders of the Lost Ark (1981) so bad. But it never had a chance, with a script like this and here’s why. There is no tension because the MacGuffin our heroes are chasing down doesn’t exist. And Raiders built everything on Ark that could exist as we have some records of it. And Hitler was genuinely into weird religions and had people searching the world for artefacts that might give him an edge to win the war. But ok, let’s put that aside as films should be allowed to make MacGuffins up, and movies don’t have to be historically accurate. And this is where Red Notice falls into another, much bigger trap – no tension, character-wise.

I don’t know if you remember or whether you might have re-watched Raiders of the Lost Ark recently, but it still holds up. And part of that reason is our main protagonist is just a person. He gets his ass kicked throughout the film a lot; he’s not Superman or an untouchable bad-ass. Therefore if he ends up in a dangerous situation, you actually are worried for him. Sure, deep down, you know the main hero won’t die in the middle of the film, but still. Whereas here (and to be honest, not just here but in most modern action films), the filmmakers make the mistake of having the hero being this bullet-dodging kung-fu master who’s never too tired for a fight. Who, no matter what situation they end up in, you know ultimately it won’t matter as they will free themselves in about five to ten minutes. And this film is, yet again, not the only one that does this sort of thing, but it might be the most outrageous example.

And since we have no stakes here, the film becomes forgettable. I don’t know about you, but I like my action movie not to be forgettable. But I can’t say this film was awful because of it. Because it’s not, it’s perfectly… ok. And that might be the ultimate “sin” against this film. An action movie with stars as big as all three main ones here shouldn’t be just ok. A film like this, trying to be a simple adventure film, should be more memorable because this is one of those where I’ve seen it a few months ago and can barely remember anything specific. But we are getting a sequel, so… yey?

Overall, Red Notice is the perfect film to put on the background while you go about your day doing chores. I can’t believe I am saying this (as I don’t watch movies like that), but it is what it is. You can tune in at any time and quickly figure out what happened, it doesn’t require a lot of your mental energy, and it won’t “offend” you by any means. That all sounds great until you realise Netflix paid around 200 million dollars for this. And I know most of that went to wages for our top three protagonists, and honestly, I can’t blame them for that. If somebody offered me that money, it’d be hard to say no. My question is, how long can Netflix “just” throw money away like this and not produce anything worth your full attention? Because I have a sneaky feeling that most people at Netflix didn’t want to spend 200 million dollars on a movie that’s “perfect background noise, for when you are doing home chores”.