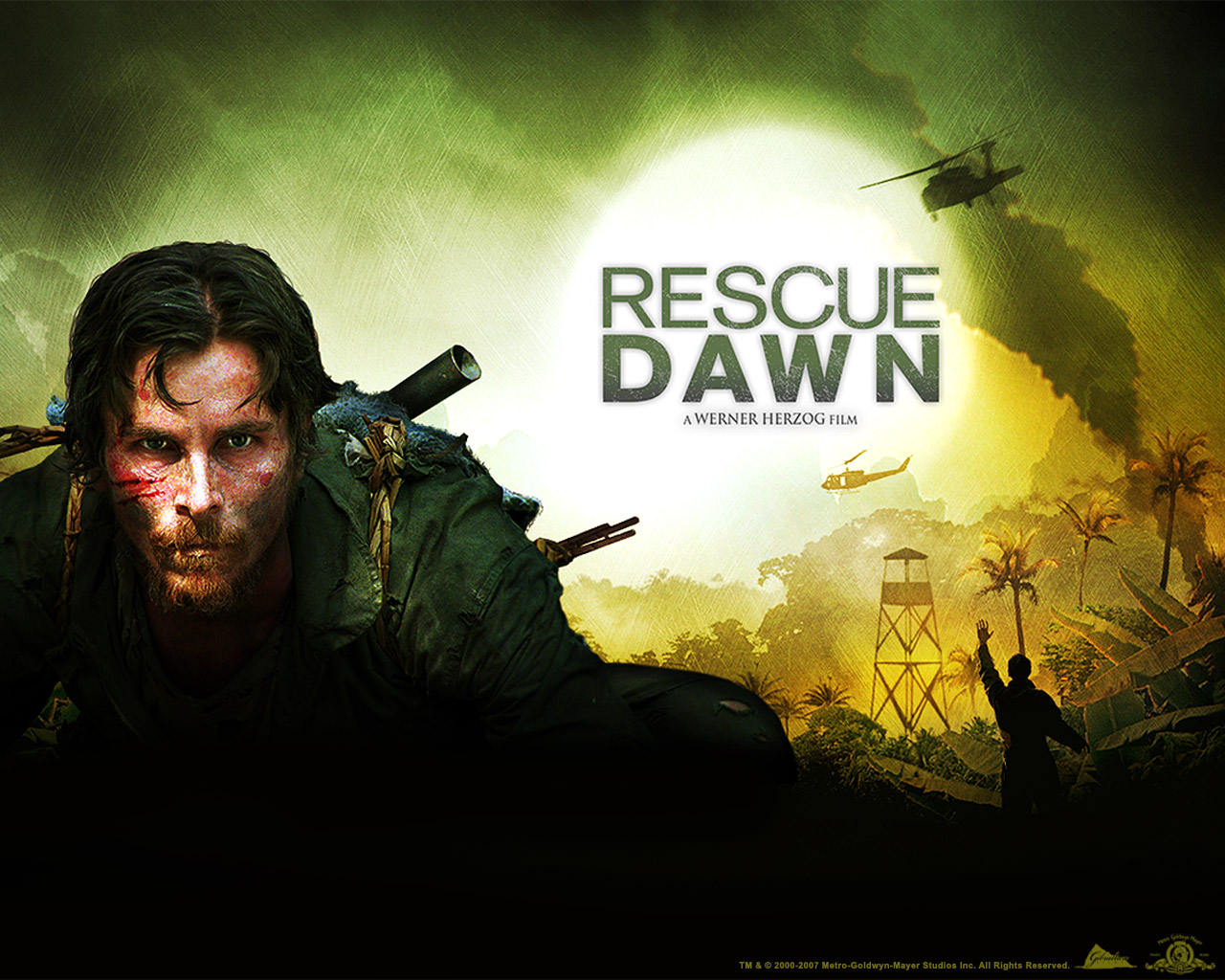 At first glance you could think Rescue Dawn doesn’t come with anything new, at least from the Vietnam War perspective, as there have been quite a few movies made about that, most of them being excellent. Yet, this one is slightly different, as it isn’t about the war, rather than how it was if you’ve gotten captured. And because of unique style of Werner Herzog, this movie feels different than any other Vietnam War movie that came before.

Rescue Dawn is for most of its length stunning, riveting and attention grabbing movie (based on a true story) about a pilot played by Christian Bale (great performance) who gets shot down and almost immediately captured. After series of events, he ends up in a prison camp with Steve Zahn and Jeremy Davies. I knew Jeremy is a great actor, as I’ve seen him in bunch of films and TV, but Steve Zahn is… just excellent, to the point he almost steals the movie. Maybe it’s the shock factor of seeing somebody like him in this kind of role, and nailing it, but I wish we would get more of serious Steve, as he definitely has the chops. So what do you do when you are captured, but you have unbreakable spirit? That’s right, you start planning your escape… and I’ll leave it at that, as not everything goes smoothly.

This movie is really a performance piece for the 3 actors mentioned above, as only because of them, you won’t get bored. With the lack of the actual war or any kind of combat, this film is slower than your average war movie, so it stands or falls on performances alone. Luckily, the three actors are bringing their all, not only from the acting side, but physically they transformed to the point you are worried. This definitely must have been a challenging movie for all of them, as they all lost a LOT of weight. And I do mean a lot, especially Jeremy Davies in some of his scenes looks like he’s about to collapse purely from the fact he doesn’t have any body fat/mass.

My only criticism of this movie would be the last 20 minutes or so… without going into spoilers (this film isn’t that known, so I don’t want to spoil it, as I do want more people seeing it) tonally it doesn’t fit. And I understand that apparently that is what happened, so I am torn, as it seems foolish to criticise the film because of it. But at the same time, tonally it felt so different, it pulled me out of the story and the film. Maybe it could’ve been done differently…? Maybe the ending could have been bit a bit shorter…?

But even that is only a minor criticism. Rescue Dawn is not an easy movie to watch. But it manages something that shouldn’t be omitted – it managed to stand on its own two feet in the plethora of Vietnam War movies and quality wise, it doesn’t fall short. And that is an achievement within itself. I’d definitely recommend it to anyone who thinks we’ve seen everything from that unfortunate war. For that and also for those three brilliant performances.