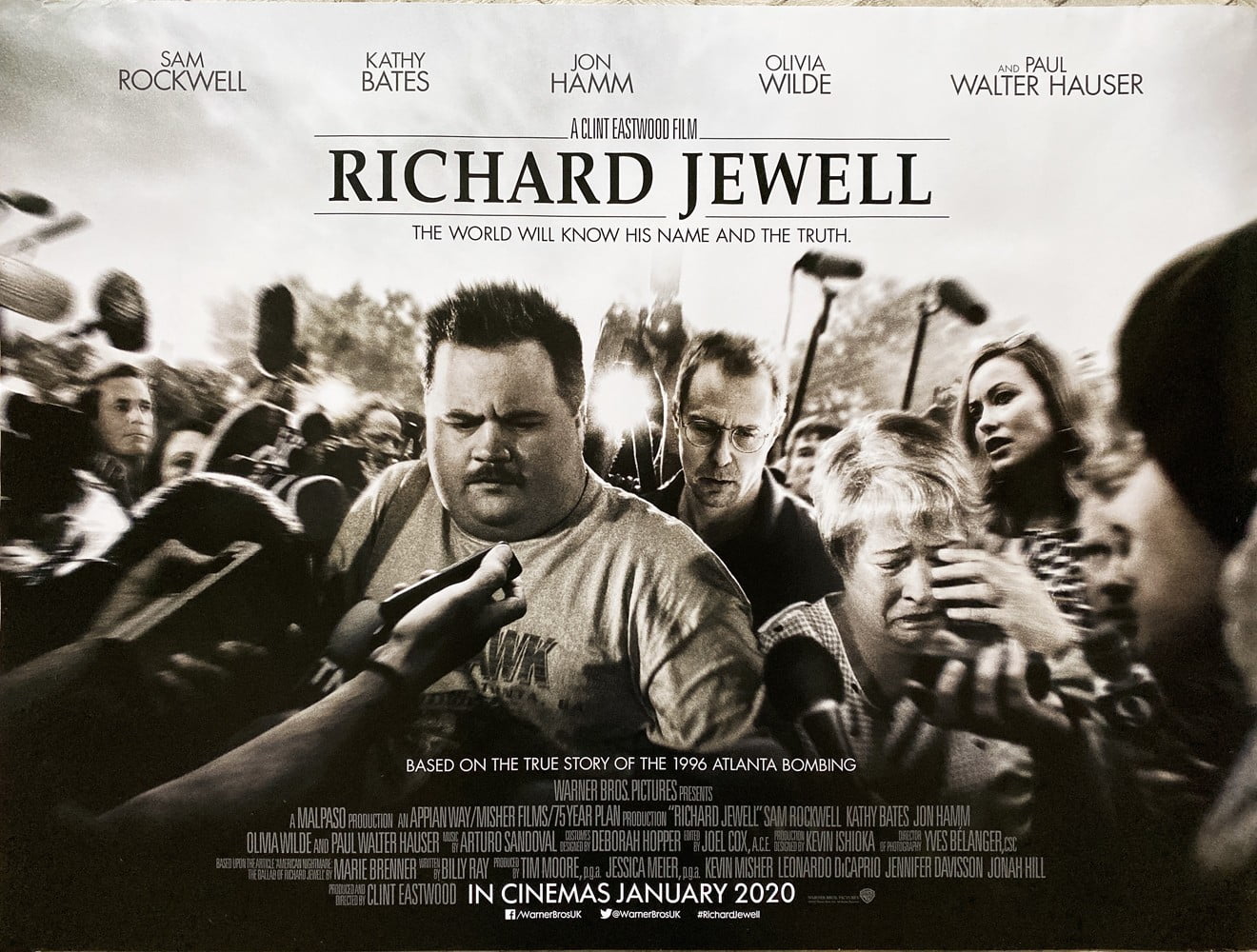 Biopics are hit or miss with me. That is why I went into this one with not only no expectations, but also no knowledge of what actually happened back in 1996. I had no idea there was a guy named Richard Jewell, I had no idea that he went from a hero, who was just trying to do his job properly, to a possible suspect, based on almost nothing… And I think that is maybe the reason I was so pleasantly surprised with this movie.

Richard Jewell definitely hits your stereotypical biopic “notes”, where certain things didn’t happen the way they were portrayed in this movie (which is why you always do your own research, as movies don’t show you history, they are here to entertain us) but Clint Eastwood knows how to milk the most out of the every single moment and (more importantly) how to get the most out of every single actor in this movie, because that is where this film shines.

I have seen Paul Walter Hauser in a couple of movies prior to this one, but given he’s never had a leading role (at least in the movies I had seen) I would never remember his name, or how would he look like. But after Richard Jewell, I will definitely remember his name, as he portrayed the character perfectly. And I don’t know whether this is how the real Richard was, but to be honest, I don’t really care, as what Paul did worked perfectly within this movie. You could tell this guy is no threat, but at the same time, he definitely lacks “some” social skills, and that plays against him in a number of scenes. And you genuinely find yourself rooting for this guy, especially towards the end, where he finally stands up for himself, it feels earned. Without Paul’s performance being what it is, this movie wouldn’t have worked.

This might be just wasting kilobytes at this point, but both Sam Rockwell and Kathy Bates were also great. But not only great, they were both perfect by being “just” supporting actors, in the best possible sense. Both of their performances felt like they are there for Paul/Richard, but they never seem to “clash”, I have never gotten a feeling from any scene that they would try to “compete” with him. They understood that if they are there for him, the movie succeeds and that makes them succeed. In turn, they also proved (yet again) that there is no such thing as small roles, only small actors, as they both do the maximum they can with what they have been given.

I think the main reason this movie resonated with me so much, is how little had changed since 1996 and how actually, the things movie is commenting on (sensationalized media, not verifying their sources, making something, that’s not news, into news, shattering someone’s life in the meantime, and once we know more, nobody cares about the truth anymore, as we remember the sensation, not the truth) is much worse, due to social media and it’s almost real-time ability to report on current events as they happen. To be fair, I know plenty of major news organisations are stepping up (as we could all witness during the 2020 presidential election, where most of the mainstream media were really careful to report any new updates) which is great, but things and mistakes will happen, no matter how “bullet-proof” your system is. That is why I try to remember, that anytime something major happens, 90% of the time, we don’t have the full information available, and in a day, or a week, something once reported as true, might be debunked.

Overall, Richard Jewell is surprisingly swift, and maybe even slightly underrated biopic, with at least three really, really strong performances, which two of them might have been expected, but the main one hits you hardest with how raw it feels. I do hope Paul Walter Hauser has a great future in front of him, because he’s proven that with a right script, he could lead a movie, like there is no tomorrow.