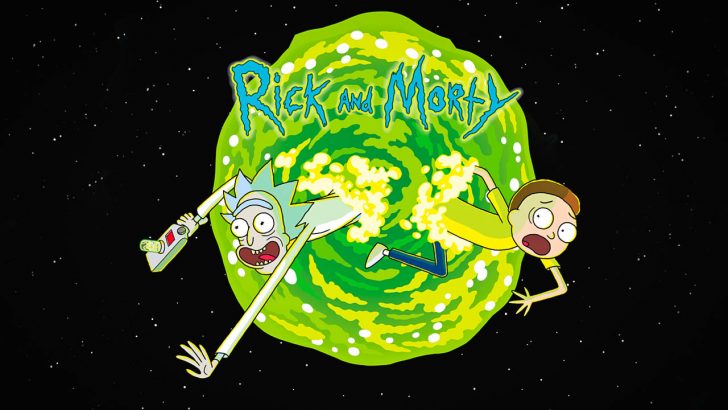 Rick and Morty is one of those shows, that became a bit hard to discuss and say you really like/enjoy, as some, and this is really important, only TINY, yet vocal minority of this show’s fans, give this masterpiece a really bad name, as they are just simply cringy. I don’t know who came up with this analogy, but somebody said “Those cringy fans believe they are Rick, but in reality, they are Jerry”. And I couldn’t agree more. So, hopefully we can move on, just wanted to address the fact I am aware of the “stereotype” of what some people believe are Rick and Morty fans, and let you know, most of us are pretty normal people, who won’t shout at you random stuff, or tell you how dumb you are if you don’t happen to enjoy this show.

This review is based on all 4 seasons of Rick and Morty, some spoilers might be involved.

Ok, before I address my only worry with the future of this show, let me just say I love it wholeheartedly. I find it fascinating, that somebody finally utilised the full potential of animation, and went crazy, balls to the walls fun, that at the same time, isn’t a mindless one. Where every episode tries to make a point, even though the characters, through their meta, fourth wall breaking kind of humour, usually laugh at the point to its face, and kind of laugh at us too…?

This show has answer for everything, they know exactly what the fans are expecting from them, and they’d rather wait couple of years working on a season, than releasing something, that’s not up to their standards. That’s why there are usually 2 year gaps between seasons, something that’s rare (I honestly can’t think of another narrative, none anthology TV show that would currently do that). And I do admire that, because that shows level of dedication and respect to the fans, where you don’t want to disappoint them. So kudos for that. But…

And this isn’t a big Nicki Minaj kind of but(t), but it’s worth mentioning – it’s also good to remember to have fun while creating it. What I mean by that, is the first two seasons are excellent, as most of them are singular episodes, that are funny, clever and work really well. The third and fourth seasons are also great, with some groundbreaking episodes, mainly the fourth season, some of the animation battle scenes, where each second, there are hundred things happening at once, are truly breathtaking. But some of the episodes are bit too self referential, some of them are too fourth wall breaking, where if you do just that, and stop focusing on the adventures… it could become a bit dull.

I will be the first one to say Rick and Morty is really, really cleverly written show, there is no doubt about that. And that’s the thing, fans won’t forget that. I honestly hope over the next couple of seasons, we will get more episodes like The Vat of Acid Episode, rather than Never Ricking Morty, where I understood what that episode was trying to do, but deconstructing the narrative structure might be funny for a short bit, but not for a full length episode. Because even the smartest thing ever will eventually bore you to the death, and you can understand it all you want, that doesn’t matter.

But that’s pretty much my only… it’s not even complaint, it’s just a slight worry about the future of this show. But I am sure the creators are capable enough to know what’s best for the show and how to maintain that standard, that’s quite high. I trust them, as even the “worst” episode (and I paradoxically think, the very first episode might be the weakest one) is still fun and there are plenty of things to get from it. I’m using the term worst really carefully, as even the pilot episode isn’t bad at all, it’s just not as great as what comes after it.

This is a definite recommend, where I once again need to make sure we are on the same page – ignore the (vocal minority) of annoying fans and give this show a chance, if you haven’t yet. I assure you, you won’t be bored, and you are in for a ride throughout the galaxy, and parallel universes and… everything in between.