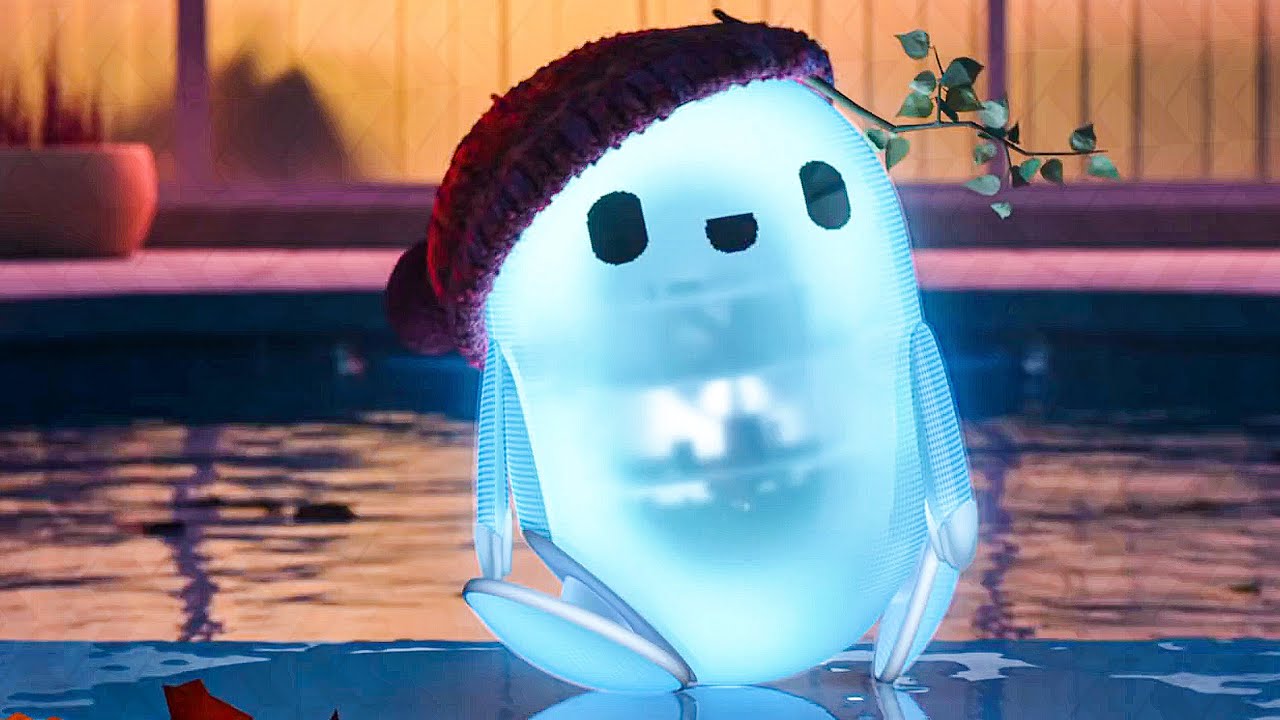 On the surface, Ron’s Gone Wrong isn’t anything new. It is another movie where the technology becomes sentient, and either it is great and is trying to protect us (like Ron protects Barney), or it causes some mayhem. To a certain extent, this film reminded me of Short Circuit (1986), except it is animated, and Ron has never been a weapon, more like a live microphone with a camera inside of it… so kind of like half of Alexa…?

My point is that Ron’s Gone Wrong isn’t “original” by any means. We have seen a variation of this story done before. And yet, I didn’t mind watching this film at all as I had a good time with it. The movie is funny, and it understands how it feels to be the outcast, the only one who doesn’t have something the others have (in this case, this B-Bot), especially in this day and age. I still remember being the last one in my class (back in the high school days); not to have Facebook (this was back in 2009/10). It was blowing up at the time, and I was resisting, thinking the entire thing was just dumb, putting the entirety of your life online. The only reason I “cracked” and finally signed up was simple – everything was happening on Facebook, and any social activities (like parties) were dealt with via Facebook and their invites. I was told quite often: “I forgot you don’t have Facebook yet; you should get it!”

This film briefly took me back to those days and made me remember those times. I am not saying I was laughed at or mocked because of it like Barney in this film; no. My classmates found other reasons for that :-D. I just thought it was worth mentioning that the people behind this film get it and understand how kids are when somebody in their closest circle hasn’t got that one thing.

The main reason I liked Ron’s Gone Wrong is simple. It’s just so adorable. And I am not just talking about Ron (brilliantly voiced by Zach Galifianakis), no. It’s a slightly different type of animation, where it seems “normal” (by today’s standards of giants like Pixar or DreamWorks), but try to focus on the characters you notice imperfections we don’t usually get with those giants, mainly around their ears. But instead of hating on it, I actually liked it. Those little imperfections made this film more unique in my eyes as they weren’t so big they would stand out or bother me, yet there were big enough for me to notice this isn’t “the standard”.

Another big reason I liked this movie more than your average viewer was Donka (Barney’s grandma, voiced by Olivia Colman). Her character starts as “everything goes”, and those characters can be a hit or miss, depending on a variety of factors. Well, in this case, it worked, and I enjoyed all her scenes; I especially loved her “can do/fix” attitude. Also, because of her Bulgarian (?) accent, she is almost unrecognizable. I was surprised to see her name there, but I am so happy for her and the career she is having.

The only criticism of this film is the most obvious one, as I have already addressed it before. It’s not original. Sure, the concept is re-done to work in the 2020s, but you can safely predict most of the story and the beats it follows. And I get it this is an animated movie for kids, so I wasn’t expecting a mind-bending film that would make me re-think technology or consciousness, but… That is where I have to compare Ron’s Gone Wrong against the “big dogs” and say Pixar can do it, so why not them? Pixar’s almost trademark at this point is taking complex ideas and distilling them into animated movies both kids and adults can enjoy for different reasons. So, we know it can be done. But as the first effort from a new animation studio (Locksmith Animation), this is a well-done job.

Overall, Ron’s Gone Wrong is a fun, adorable and simplistic movie for you to enjoy with your kids if you have any. If you go into this film expecting nothing more than a decent animated comedy about the dangers of technology, you shouldn’t be disappointed. The only downside is the predictable story, and of course, kids will absolutely want to have Ron (or the B-bot) for themselves once the film is over. And good luck explaining to them that this technology doesn’t exist… yet. Just give it a couple of years.