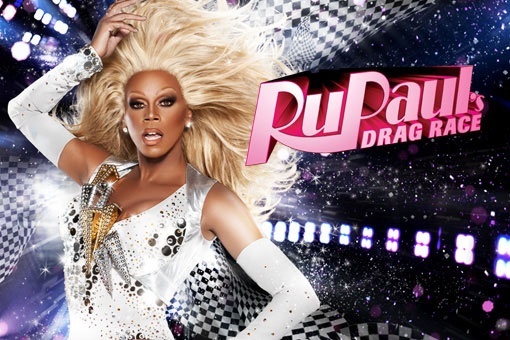 This is the very first time I’m reviewing a reality TV show, rather than a traditional, narrative TV show. And RuPaul’s Drag Race is the pinnacle of reality TV – every season, we get 12 (give or take) new “queens”, who compete in various challenges for a title of the new drag superstar. And believe me, you’ll have a lot of fun along the way.

I do need to warn you a bit – the very first season is known for having… let’s just say a very brave choice of camera filter…? Luckily, they have quickly realised it wasn’t the wisest choice, so you can actually see a bit better (and more clearly) from the season 2 onward.

What makes RuPaul’s Drag Race different from any other reality TV show, is it knows exactly what it is and isn’t afraid to showcase it. The drag queens can be anything from nice, fishy (meaning looking as much as a woman as possible) bitchy, feisty, manipulative… and the list goes on and on. But you can bet one thing – they are never boring doing it. Also, more episodes you watch, the more you realise how much talent these queens need to have. Consider this, the challenges vary from singing, making their dresses (plenty of times from none traditional materials), having their make-up on point, being able to move/dance for the lip syncs, and more… And at that point, you truly find an admiration for them, as being a drag queen isn’t easy, if you give it your all. And most of these queens sure give it.

Over the past couple of months I’ve been watching this reality TV show, I was always looking forward to it, even though given the reality TV show nature of it, as the seasons went on, they tend to go more for the “sob stories”, that sure pull your heart strings every so often, and you can tell that sometimes, there is a drama for a sake of having one. But, as of the last season, this show has managed to “stay” in more interesting territory (the art/hard work that goes into the drag) and didn’t focus on any particular drama too much. And therefore RuPaul’s Drag Race was a fun escape into a world I, as a straight white male, have known nothing about. But that doesn’t mean I can’t have fun watching it.

What I admired with the season 12 was the way how they had to deal with not only COVID-19 (the finale was online, but somehow it worked) but also with the fact one of the queens had catfished some people (article here) and they managed to basically cut around her, showing as little of her as possible, while still giving us all the necessary information. As that story broke only a few days before that season premiered, it must have been hard mainly for the editors to go back to their material and re-do most of their work, but my hat is off, as they’ve managed.

RuPaul’s Drag Race is almost like a weird mix of candy corn, bubble gum, bunch of padding and make-up, that shouldn’t work as well as it does. But somehow, it pulls you into a world most of us doesn’t have a slightest idea about and manages to capture our attention for its entire length. I for one am hoping that it will last for a few more seasons, so we can get some more memorable queens who can give us more unforgettable moments, lip syncs for their life (did I mention that’s how RuPaul establishes who stays, or shantays, and who goes home, or sashays away, by (usually) 2 queens lip syncing for their life)? I remember the very first time seeing that, I was just confused about this whole situation, but once you see some proper lip syncs, you understand that it is an art, to be a great lip syncer. I would write something like “this is my guilty pleasure”, except I don’t feel guilty watching it.