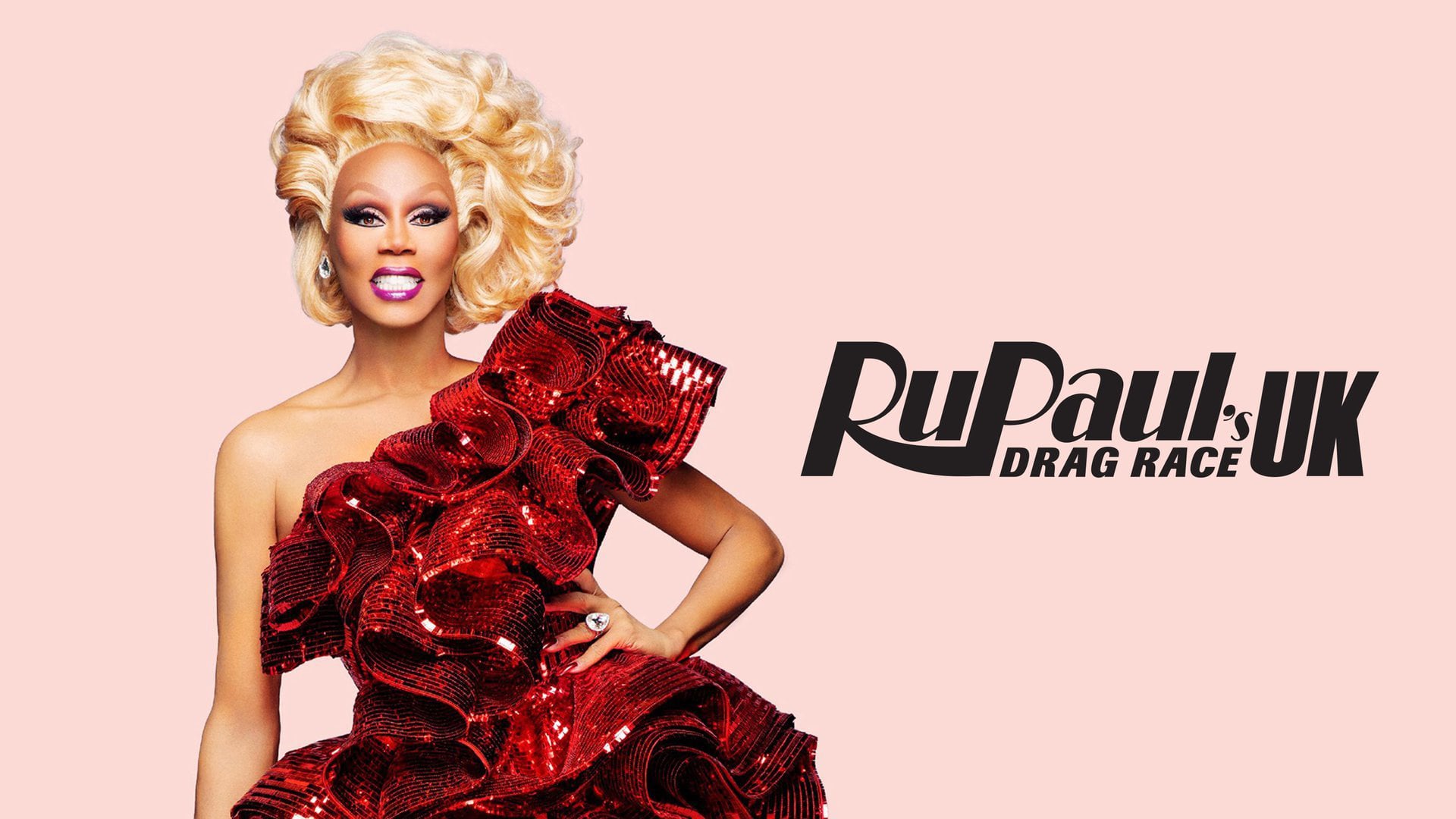 First RuPaul conquered USA with RuPaul’s Drag Race (2009 – , my review here). Shortly after, he gave some queens the chance to prove themselves again in RuPaul’s Drag Race All Stars (2012 – , my review here). So the next logical step towards the world’s drag dominance was… UK? At first, I was slightly nervous about that, but after watching the two seasons available (with hopefully some more to come) my nervousness went away.

What I thought was “does the UK truly have such a pool of queens to make interesting show”? I mean, drag is still fairly niche (even though thanks to the success of shows like Drag Race, there seems to be more people interested in it than ever) and there are 5x more people living in USA than the UK, so I just wondered how many truly interesting, original queens will there be? The answer seems to be – more than enough, mate!

The UK version of Drag Race is bit more toned down, I’ve noticed. Don’t get me wrong, the queens are still shady, funny, creative, bitchy, original, emotional, and there is plenty of fun to be had, but because it’s on the “majestic” BBC, there are differences. The biggest difference – prizes to be won are “less fun” for the queens. For example, in the American version, for winning the episode’s mini (basically a side challenge at the start of the episode) & maxi challenge (the main’s episode challenge), you can win “a cash tip” (usually around $2.500/$5.000) and for winning the entire show, you win $100.000, which is nice. In the UK version, if you win a maxi challenge, you get “the coveted RuPeter Badge” and the winner of the show wins a grand prize of “starring in their own digital series produced by the creators of RuPaul’s Drag Race“, which is pretty cool, but it’s not $100.000, is it? And I know, it’s nothing to do with anything, it’s just this show is airing on BBC and therefore they can’t take any sponsorships, or deals with brands and without those, the budget (especially for prizes) is limited. What I have also noticed, even the drama is more “down to earth” but I think that’s more to do with the UK/European personality being more down to earth than American.

And I don’t mean that in bad way, it’s just there is major difference how Europeans behave. As we are raised to be more like “look, you are not that unique, great or anything, but if you work hard, you can amount to something”. In America it seems to be more like “you are special, you are star, you can be anything you want”. There are benefits and disadvantages to both ways, as one way tends to produce more over-confident people (to put it nicely) and the other way tends to produce more people, who doubt themselves every single time and get in their own way. And it’s interesting to watch that contrast.

But back to the show – after the first season, I thought it was really good, but except a few queens, neither truly stuck with me. But with the second season, that’s where I was sold almost instantly, plenty of really great, talented queens and two from Scotland, where I have been living for the last almost 10 years now! I really hope that the producers of the show will realise, that even some of the UK queens belong to All Stars, as one or two from the first season and a good few from the second season I could definitely see getting their second chance at the crown and also, it would be nice to let them make some money. 😉

In both instances so far, I was really happy with the winners, even though the Internet wasn’t happy, especially with the winner of the second season. I am not going to spoil anything, but I will just say, the queen who won, really deserved the win, as people tend to forget that’s she’s been pretty constantly great throughout the competition, not “just after they came back from the lockdown”, so I am 100% happy with the results.

That’s another thing – I really admire the queens from the second season, as they had to shut down the shooting in the middle of it, because of the pandemic, for whole 8 months. It definitely added another layer to those queens and that’s been interesting to see, who took their time to improve their craft and who didn’t as much…? And I can’t really imagine how hard that must have been – finally being on the Drag Race, living the dream and suddenly, you’re being told that because of the pandemic, the production is shutting down and nobody knows when (or possibly if) you will be back. So all the props to those queens who came back.

Overall, if you (like me) are a huge fan of the original Drag Race and the All Stars “spin-off”, I think it’s highly likely you will enjoy the UK format. But just as with anything British, it’s good for the audience to known some UK references, as it’s definitely more UK oriented rather than world-wide, so sometimes what happens, there is a theme or a pun in the show and if you don’t live here or you are not familiar with UK culture/TV, chances are it will go over your head. But that is why we have Google…. 😉 Can’t wait for a next season and hoping to get to know (and love) more UK queens.