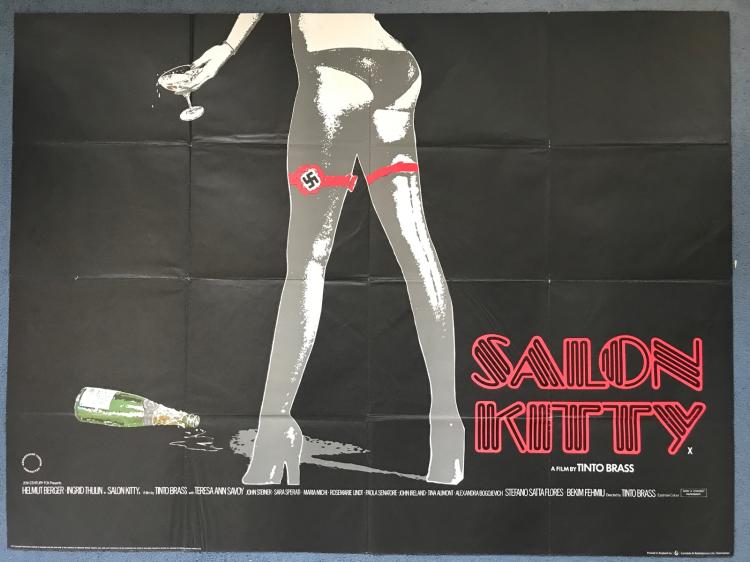 Salon Kitty is a strange movie, by “infamous” director Tinto Brass. If that name rings a vague bell for you, he’s best known for another outrageous film, Caligula (1979) that is still considered one of the most controversial movies of all time. But I thought it was quite a good movie, even though at certain moments, really hard to watch. I wish I could say the same about this film.

Don’t get me wrong, the idea behind this is great – an army man wants more power in a Nazi Germany, so he moves a brothel to a different location, where he installs cameras and plants bugs, so he’s got dirt on most of the high ranking officials. You can tell he’s really power hungry and motivated to blackmail his way as close to the top as possible. The first hour of this movie is actually fairly entertaining. Plus, when “Kitty”, the woman in charge, learns about everything that’s going on in her brothel, she comes up with a plan on how to put a stop to the man and that part was also well done.

The problem here is the movie drags on. I can’t believe I am about to write this, but there is only so long you can look at naked bodies. And you can tell Tinto really indulges himself with some scenes. Caligula had a similar issue for me, where even though it’s marginally better movie, I remember that dragging on for the sake of nudity, at least that’s how I felt (but take it with a pinch of salt, only seen the movie once, around 7/8 years ago). This movie is not on that level, I am afraid, as it has a really interesting beginning and fairly decent end, but there is a good 40/50 minute chunk in between that could have been told in about 10/20 minutes maximum.

I am convinced there is a decent movie here, just waiting to be re-edited a bit. If we put aside all the indulgent scenes, or at least cut some of them (we get the point, sex sells) this could have been a swift 90 minute movie, that would probably work much better, without losing any narrative.

I would only recommend this movie if you are at all interested about a different kind of World War II movie, respectively, different kind of espionage. Which again, is a great idea for a movie, as this form of espionage (getting as much as possible from men through sex) has been around, and used in a lot of a real life wars. Unfortunately, it’s not as great as it could have been, and what’s worse, you get bored after a while. I wish Tinto had a different editor (he’s also edited this movie) that could have maybe challenged him on some scenes, as with Caligula, the over-indulgence made sense because that’s who he was. With this movie, it doesn’t work as well. And yes, I realise he’s made Caligula 3 years after this movie, but that doesn’t change my point.