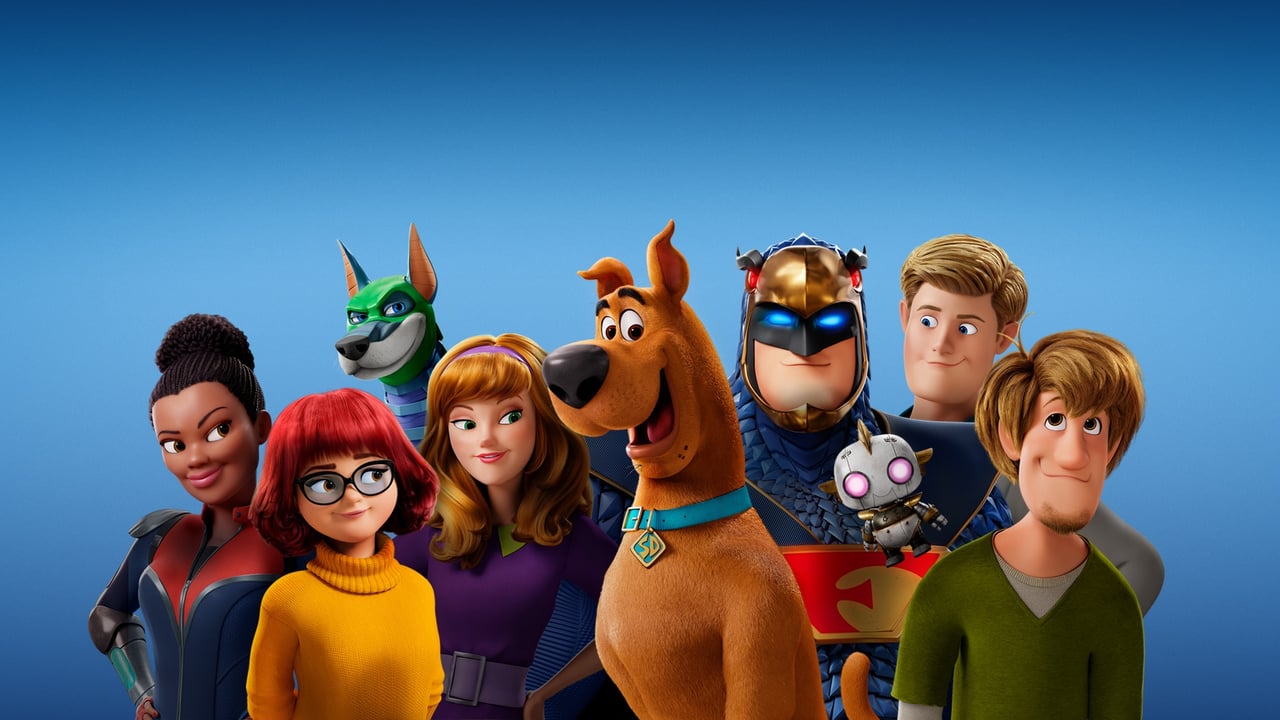 Every time I am writing a review, I try really hard to stay as objective as possible (but is there a such thing as being truly objective…?) where I try to put aside everything and focus on whether the movie/TV show/book is fulfilling it’s purpose. But when comes to Scoob!, I can’t do it. Because I have a very special connection with the original animated TV show and that is the main reason this film didn’t click with me at all.

My special connection is, I grew up watching the original animated show, that was my jam Above all the other animated shows, I loved Scooby Doo the most. I know what you are thinking – hey, that’s not that special, millions of kids grew up on that! Yes, but how many of them didn’t understand the language…? See, when I was growing up in Czech Republic, my grandma had a “satellite package” (good old 90’s, no Internet, had to pay plenty of money to get bunch of channels on your TV and most of them would be in English, language most Czechs don’t understand, especially older generation back in 90’s) so every time I would go to visit her, or to stay at her place for the weekend, that was the only place for me to watch Scooby Doo, Where Are You! (1969 – 1970) on Cartoon Network, as we didn’t have it back home. So there I was, really little Czech kid, watching something I was really, really loving, but not understanding a single word of what they were saying. But the power of animation and the straightforwardness of those stories were so great, I didn’t need to understand, because I’d always get what was happening (and I still have a theory that it’s because I grew up watching this show in English, I took to this language quite quickly, when I started to learn it properly in 2007) and loved it. And because of it, I had this TV show not only connected with my childhood, but also with my time spending at my grandma’s flat, you know, really happy times.

So that is where I am coming from, let’s go back to present, where I am watching the latest theatrical (or what was supposed to be a theatrical run before COVID-19 made a surprise appearance in everyone’s life) effort and truth to be told, the first 15 minutes or so weren’t bad! I was intrigued by how they managed to replicate the “opening credits” to give a nod/homage to the original cartoon, and even them as kids and how they all got together was fun for me. But then, we skip to the present and this is where the movie lost me. As they were trying to make this set in today’s day and time, so of course, we get plenty of smartphones, Instagram jokes, plenty of modern day lingo and I know I am going to sound like a purist, but that just doesn’t fit with the world of Scooby Doo and “vibe” of trying to solve mysteries.

I honestly would have preferred (and I strongly believe this would have made for a much better movie) had the film been set in “undefined” era, where the are no smartphones/technology we have today, but there might have been hints throughout to “when we are” (like cassette tapes, etc). Because I don’t think the comedy element works well for our gang to be in today’s day and age. What made Scooby Doo always so endearing to me was the fact they are just bunch of young people, who are trying to tell you to use your head and if there is something “supernatural”, usually there is a human behind it, who wants to fool you. From this, I really didn’t get the feeling like this movie went for it, as some plot lines here are simply resolved by “oh, I’ve just googled this” or “they just posted a picture on Instagram and this is where they are” and that just felt lazy and out of place.

To me, putting Scooby Doo into “our” current time period, is the same mistake as re-making The Flintstones and putting them in old Egypt, or medieval times. Sure, you can do that, but it changes the heart of the show so much, it ultimately becomes something else entirely. At that point, why not just name it something else…? Oh yeah, because then you wouldn’t have the name recognition of beloved cartoon…

Another reason Scoob! didn’t really click with me was simple – it just wasn’t funny. And again, big part of that is the story being set today, so most of the jokes don’t feel unique, they just feel like your old, tired “random equals funny” comedy formula, we often see in B animated movies, there are created purely for kids and there is nothing in them for adults. Most of the jokes here were not coming from the situation, so you could literally re-use them in a different animated movie and nobody would recognize it, that’s how little they in common with Scooby Doo. And I swear I can’t even see your average kid nowadays enjoying this, because believe it or not, kids nowadays are smarter than kids 20 years ago.

The only good thing I can say about this film, is the first 15 minutes were decent and the voice casting was pretty good, especially Mark Wahlberg as Blue Falcon surprised me, as it seemed like he was trying for something else. Also I really liked the choice of Daphne being voiced by Amanda Seyfried, I thought it fit very well and she’s also done a great job.

Overall, Scoob! is just below average animated movie, that’s trying to make you believe (based on the first 15 minutes) that the TV show you so fondly remember from your childhood is back, just with updated graphics. But it’s not, it’s just your “paint-by-the-numbers” animated movie, that I still can’t comprehend who it was made for. As fans of the original show won’t be happy with this and what is worse, I honestly believe most children will be bored by this too! As especially today, they have so many great animated movies to choose from, I would seriously wonder whether kids of certain age would want to watch Scoob! again, and again. But hey, maybe I am wrong.