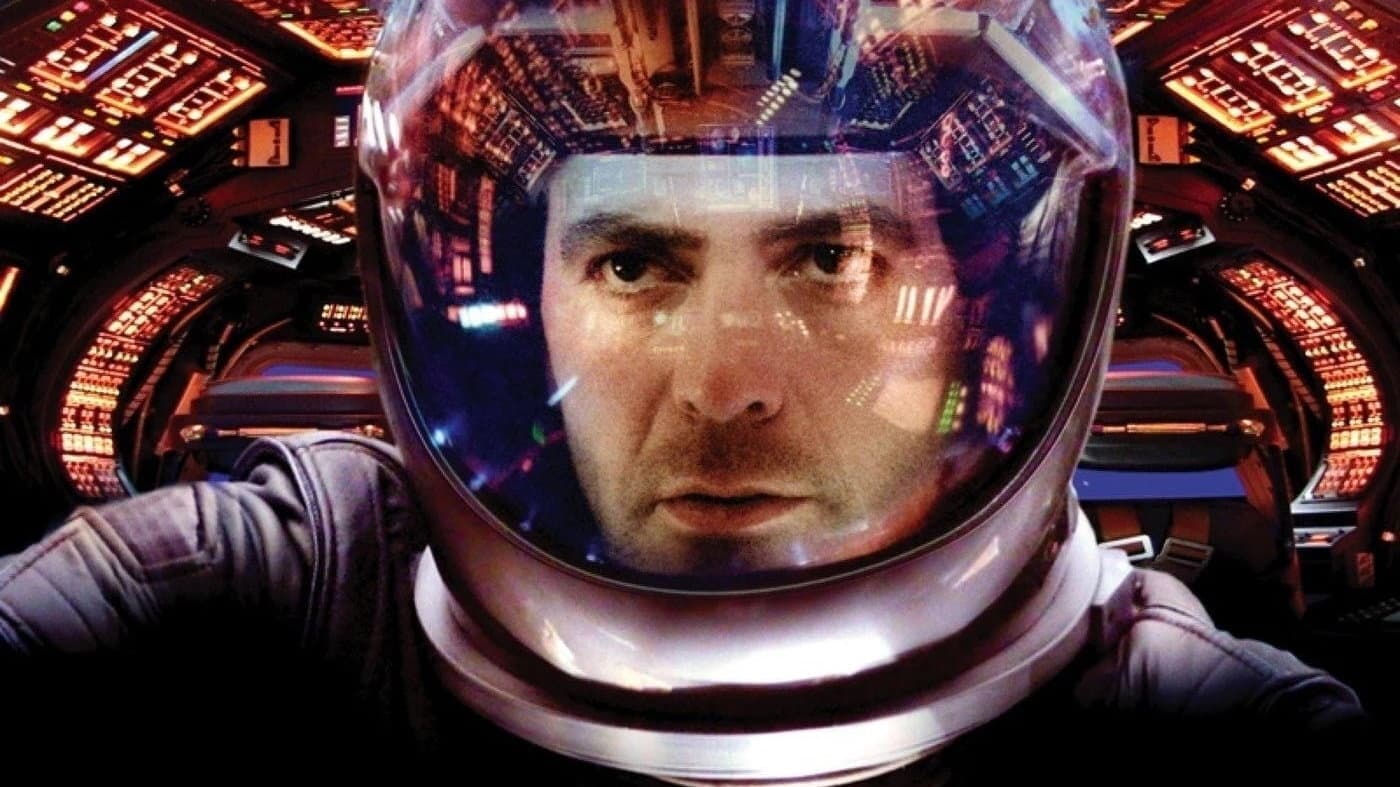 At the height of his power, his most “Clooneyness”, George Clooney teamed up with his mate Steven Soderbergh (who arguable was also at the height of his career) to… remake Solaris (1972), the Tarkovsky‘s classic that was almost three hours long? Yep, that’s what you do. Well, that is what you do when you are these two guys. And they’ve managed to do it… pretty well?

I have seen the original Solaris, but that was a long time ago when I was too young to understand what was happening. So I didn’t appreciate it enough, and that film is definitely in my “have seen it, need to re-watch it” pile. But I remembered the basic gist and the fact I was bored. Again, please don’t judge me too harshly; I was around 13/14 years old when I watched it. I can see now that was a dumb thing to do, but hey, I was starting my cinephile life. What can I tell you; I wanted to see the best films, but I was too young to understand some of them.

It might be why I rate this remake a bit higher than others? Or it might be the fact we don’t get these “quiet” sci-fi films anymore? As Solaris is a sci-fi drama, meaning the drama comes from the personal lives of our protagonists rather than them being in space. Nowadays, if we get sci-fi films, we get epics, like Dune (2021, my review here) or the latest Star Wars films. And they are (mostly) great for what they are. But they aren’t quiet, meditative dramas that focus on people as much. Those films focus more on showcasing how breathtaking CGI can look, whereas Solaris makes the space the background for our characters to ponder about life, death and everything in between.

And if you are like me, you like films like that. You can say plenty about Soderbergh, but that guy knows how to build an atmosphere of isolation, doubts and paranoia. And he achieved it in this film really well where you understand what is happening, but also understand how confusing and painful the situation must be for everybody involved.

Without going into heavy spoiler territory, this is the official storyline from IMDb.com for Solaris.

Grieving psychologist Chris Kelvin is sent to investigate a lonely space station orbiting the mysterious planet Solaris, where terrified crewmembers are experiencing a host of strange phenomena, including impossibly halcyon visitors that seem all too human. Once aboard, he confronts an unfathomable power that could hold the key to mankind’s deepest dreams and darkest nightmares.

Yep, George arrives on the ship that stopped communicating a while ago, only to discover there might or might not be more people on board. I won’t say too much because I think it’s a cool idea to explore and would like you to experience it for yourself, if possible. What I also appreciated was this concept being a “polite” remake. The mere existence of this remake is not “hurting” the original Solaris. It’s such an intriguing concept about our existence, the meaning of life and all that good stuff that it might be one of those rare cases of filmmaking where just because you love the original film, it doesn’t mean you “have to” hate this remake. They can both exist and tell their stories.

Solaris is also one of those “before they became famous” films. There are young Jeremy Davies and John Cho, but the most notable appearance goes to Viola Davis. And even though she had acted before this film, it was mostly TV work and “side characters”, so I would go ahead and say this might have been her major breakthrough. And yes, this might be too obvious to write, but she is awesome in this film. I am so glad that I don’t have to write: “How come she didn’t become a bigger deal?” It was her scenes opposite George’s character I’ve enjoyed the most.

The only reason I can’t give this film a higher rating is simple. It didn’t stay with me for long. I’ve had a great time watching Solaris, but only about two months after I’ve seen it (showing my hand here, but some reviews take me a while to write), I only remember some scenes. I remember how I felt watching this film, but for me to rate it any higher, the film would have to leave a bigger impact on me. But as I always say, who knows? Maybe when I re-watch the original movie, I might re-watch the remake too to compare them against each other, to see how different directors with totally different backgrounds tackled one story…? Yeah, I can see myself doing that one day.

Overall, Solaris is 100% one of those “they sure don’t make movies like these anymore”. The space element here is crucial, but it is not the most important aspect of this film. It serves as a tool, a means to an end where our characters could have talked about life, death, what constitutes life… And if you enjoy movies like these, you might want to check this one out. Even though it’s a Hollywood remake, this one must be one of the better ones for sure. The fact it’s almost half the length of the original movie also helps.