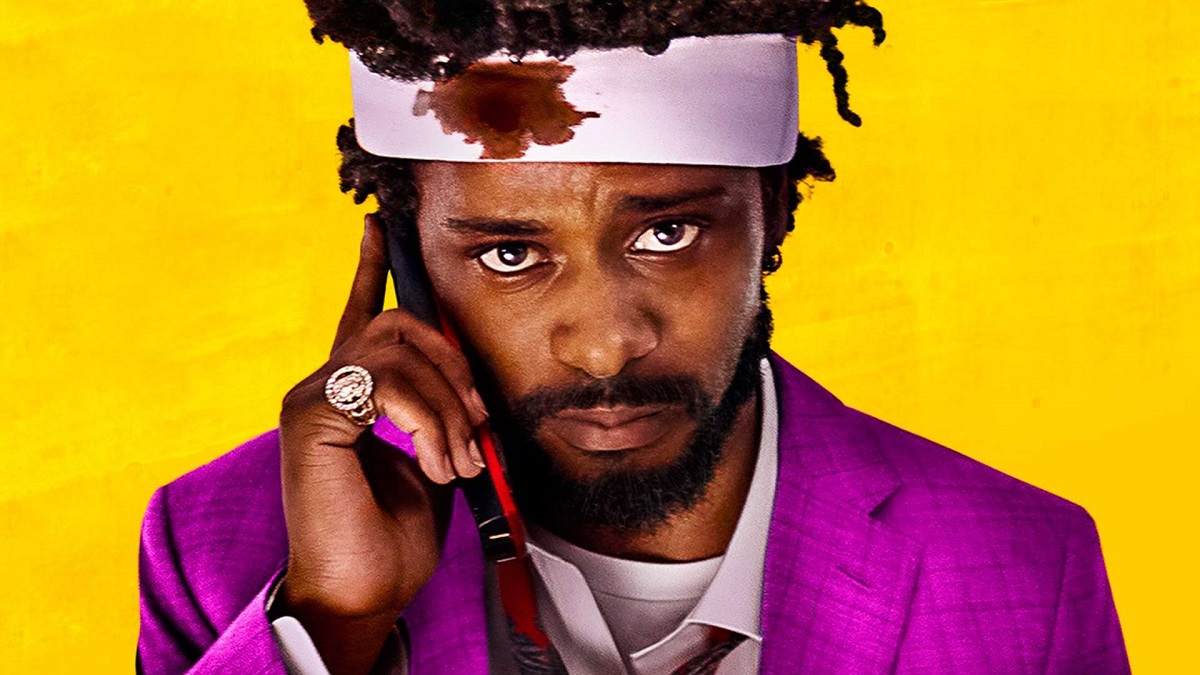 There are subtle movies you can analyze and speculate about for hours on end, wondering what this or that scene means. And then, there are films like Sorry to Bother You that aren’t subtle about their message or what they are trying to say. Sure, often enough, that is negative when a film does not know the meaning of “subtlety”, but in this very instance, it was a plus, at least for me.

Sorry to Bother You throws everything at you, and you either go with it and enjoy yourself or you will hate it because of it. I landed on the “loved it” side purely because of how creative this film was. From the beautiful cinematography by Doug Emmett, brilliant performances by LaKeith Stanfield and Tessa Thompson, to the mastermind behind it all, Boots Riley (who not only directed this film but wrote it too), this film worked for me for most of its length. The main reason for that would be the lack of subtlety, and I need to explain. Just because this film isn’t subtle about its message, it doesn’t make it bad; if anything, it enhances it. Because we all get it, we all understand exactly what the film is trying to say, so by focusing on the creative side rather than the “how can we make this straightforward message a bit more subtle” side, we can embrace the weird side of this movie. And boy, does it get weird.

From the “light” stuff (anybody can be a celebrity purely based on dumb stuff you record yourself doing) to more serious issues (the whole “white voice” thing and interlinking race with money) Sorry to Bother You can be accused of many things, but being boring isn’t one of them. I have seen LaKeith in some films before, but I believe this is my first film of his where he is the main star. And he nailed it. If I were to highlight one thing I loved about his performance, it would be his reactions to pretty much anything that happens in this film. In the scene where he first “discovers” the white voice, or when he stumbles upon something he shouldn’t have (no spoilers), his reaction/expression is always precious. As they say, acting is about reacting, and he can do that in both serious and comedy scenes. I need to search for more films with him.

Regarding Tessa’s character, she could be simply described as “mood”. From her outfits to those giant earrings (different ones in each scene!), her performance was the exact opposite of LaKeith’s, where every time he was conforming more, she was rebelling more. She never betrayed her values, although one can argue if some of her art pieces (like the one involving her being almost naked, getting shouted at while strangers would throw things at her) might prove otherwise…? But again, this film isn’t about subtlety, so her character had to be over-the-top; it had to be quite the opposite of LaKeith’s; it had to be… mood.

It would be easy to disregard this film as a “corporations bad, well, that’s a new idea” message. Sure, that is literally what this film is about (and also about how in the USA, being poor can be linked with your race and how society places a value on you, making you into a number rather than a person); but the better question is, why? Why did Boots Riley decide to make his feature film debut like this? I have a theory about that – when you are dealing with such a big topic that is “so obvious”, sometimes “go big” is no longer an option, so you need to “go super-extra-large and make it double, please”. Because had he done it in a more “traditional” way, this would probably fall through the cracks and was forgotten about easily as “one of those” films we all know are “important”. So instead, he decided to have as much fun as possible with this topic that’s, face it, bizarre. And I don’t mean the “topic” of this film; I mean how we (humanity) have decided this is how things are done; most people will struggle while a few “chosen ones” will live like kings… Anyway…

My only complaint is that this film is packed with so many things coming at you at once it, at times, becomes overwhelming. I don’t think I get overwhelmed easily, but sometimes it felt like this film was talking about 100 different things at once, and not all would land. But I can also see how this movie would benefit from multiple viewings, and quite honestly? I am up for that. I had great enough time to rewatch it at some point.

Overall, Sorry to Bother You is one of a kind film that is hard to describe. Yes, you can “easily” sum up the main idea, but you would lose so much by not watching it. It is almost like trying to sum up Inception (2010, my review here) by saying: “It’s about dreams within dreams”. Sure, that is 100% what that film is about, but it is also about so much more than that, and more importantly, it is executed in such a way words don’t do it justice. And same goes for Sorry to Bother You. It’s a visually striking film full of fascinating ideas/imagery that will throw everything your way. I can’t wait to see it again.