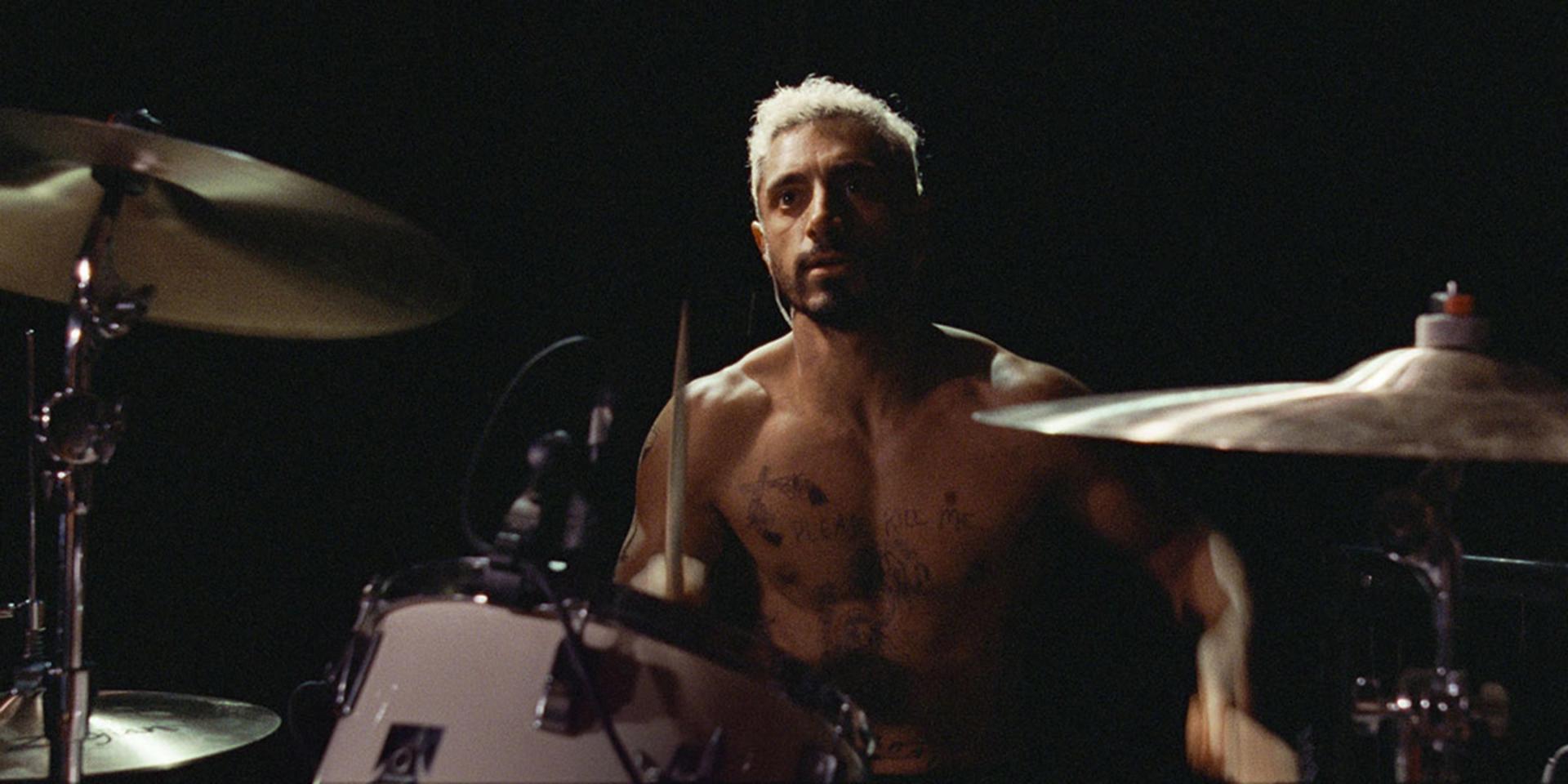 Sound of Metal is one of those movies, that has everything going for them. Oscar winning performance (this review was written before 2021’s Oscar ceremony, but I’d be genuinely shocked if somebody else snatched that Oscar from Riz Ahmed, as he’s the one everyone keeps talking about), great story about something, that we haven’t seen a lot of prior, something unique (the best sound Oscars should be a formality) and most importantly, it’s an inspirational story. So how come, there was something that just didn’t click with me…?

Look, I am not going to say this film is a bad one, no. Quite the opposite, it’s a really great piece of cinema, that pulls you in, gives you a tour de soul of this young drummer, who only wants to do one thing and one thing only – be a drummer. That’s something I appreciated, we get how much this means to Riz’s character without having to see some sort of montage of how he used to drum ever since he was a little boy. The reason we don’t need that is because of his performance. The movie definitely is one man show, where he doesn’t have to say a lot for you to understand how much he’s freaking out, how much he hates, what’s happening to him, how much he’s hurt by it… On this front, the movie succeeded 100%.

I also loved all the sound choices, that might seem obvious, but they were not. For example, I think (and this is just my theory) that the way we hear the movie totally depends on Riz’s mind. What I mean by that – I’ve noticed that in scenes where he’s “getting better”, he’s trying to face his condition, the sound is clear, even though he still can’t hear anything. But when he “slips out”, when he makes some questionable decisions, that’s where we go back to the sound of the movie being distorted. Maybe the movie is telling us that deep down, he knows what he’s doing is wrong? Or maybe I am reading too much into this…? Who knows, but the second half of the movie (especially the scenes on the farm) seemed like that was definitely a purposeful choice. And I can only applaud to that.

But unfortunately the movie also starts to drag on a bit, towards the end. I think my main issue with it was (and this might sound really bizarre, but hear me out here) Riz’s performance was so great, you knew where this guy was going, before he made his move. You knew, how he thinks, what he will do. And once you understand him, that is when the movie needs to either give you something really entertaining (read different), as the “mystery” is gone, maybe for something unexpected to happen, but no. Everything that happens to him you could tell from about halfway through the movie, which speaks to his level of great performance, but also that means that the second hour of this film drags on, as nothing surprises you anymore, so the movie doesn’t feel as fresh, but slightly more like a chore to finish.

Also, I will say this – I understand this movie was supposed to be mainly about Riz’s character and his journey and I get that, but I still thought we could have used more scenes with him and Olivia Cooke. Their interactions felt real, raw, sincere and especially towards the end (which again, you see what will happen with him, so there is no surprise) that moment those two characters shared, felt earned. I feel like movie kind of undercut itself by having such a great actress and somebody, who could go toe-to-toe with Riz, only for her to be gone for most of it. Again, I understood why they did it, I just wish they would have given them more scenes together, as that couple dynamic really worked for me.

This is one of those movies I (already) can’t wait to re-visit couple of years from now, to see whether my perspective changes, as sometimes it happens. You watch a movie everybody seems to love and you “only like it”, and then, once you see it again, with a clear head couple of years from your first viewing, you find things you haven’t found the first time around. Because I need to say this again, Sound of Metal is not a bad movie. I was just waiting for something, that would punch me in the stomach, something that would deliver the final blow and it hasn’t… Ok, let me put it this way – before COVID-19, remember those magical places called restaurants? The establishments, that you would go into, you’d sit down, had some nice food…? Yeah, so now imagine, you go to one of those, you’ve heard a lot of great stuff about it, you order a starter, a main and a dessert. The starter is great, but you could’ve used a little bit more of it (in this metaphor, that would be his relationship with Olivia’s character), the main is excellent piece of food, where you have no complaints whatsoever (Riz and what the movie is trying to do, the story it’s telling) and then the dessert arrives. And you are looking for that fine looking dessert to give you that great, sweet finish, but instead of that, it leaves you kind of… indifferent. Sure, the starter and the main was still great, so the overall experience isn’t ruined by any means, but you can’t help but feeling like there was something missing from the perfect experience. And also, now I am hungry.

Overall, Sound of Metal is definitely a movie, you need to see. It’s different, it’s told from a unique point of view, it has great performances all around. Personally, there was just something that was missing for me to call this movie excellent. It’s still really, really great piece of film though, so do give it a chance.