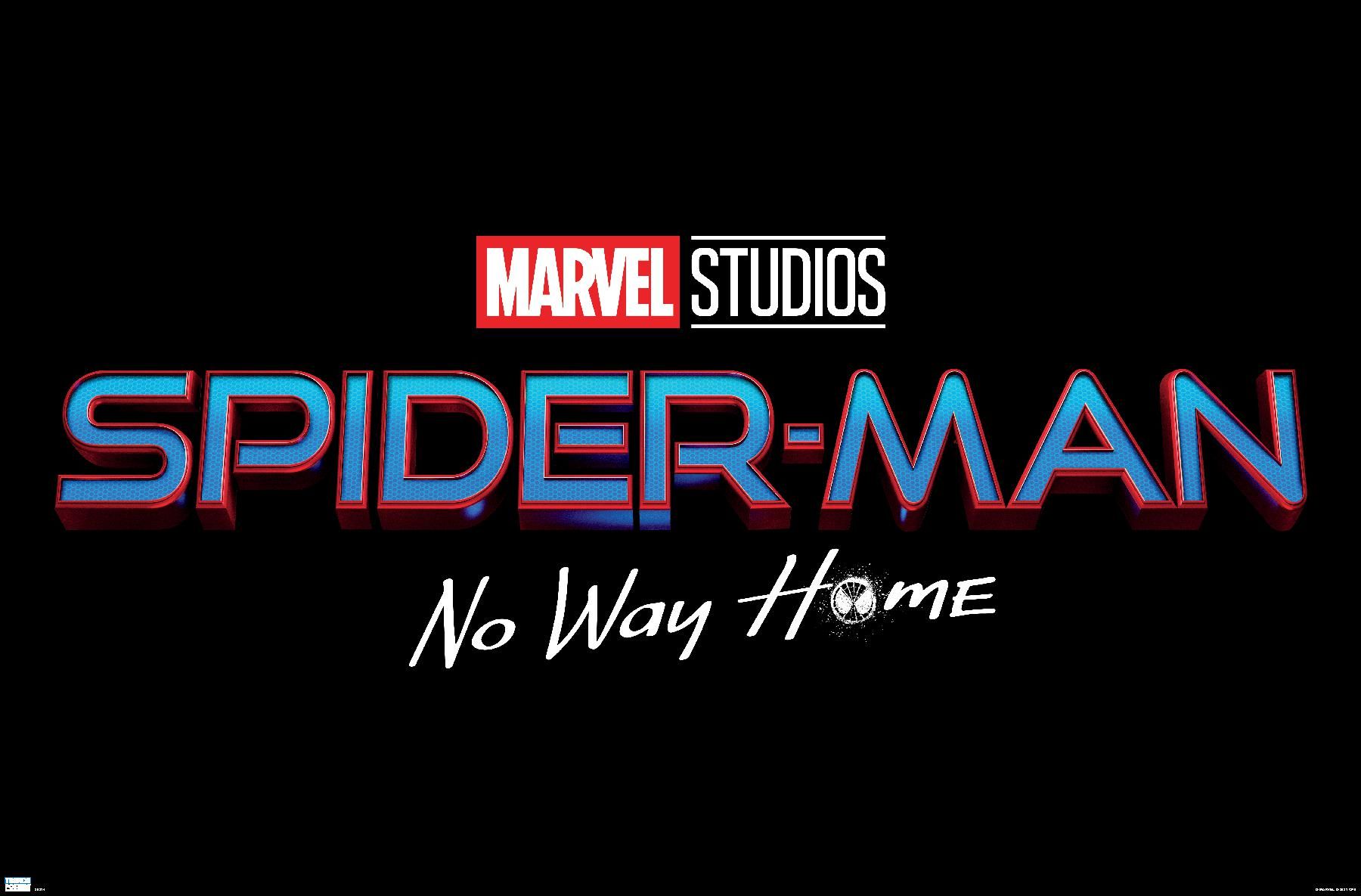 This movie shouldn’t work. It shouldn’t be as good as it is. After numerous leaks spoiling some surprising appearances (even while I was searching for a poster, I’ve stumbled upon many revealing a bit too much, and that is why I went with this almost “default” looking one) and COVID-19 pandemic, that will be with us well into the 2022 and beyond… this movie came and dominated. And finally, once and for all breaks several curses at once – we finally managed to have a superb Spider-Man trilogy, we finally got a great third Spider-Man film, Jon Watts became the first director who directed a trilogy, in the MCU… But most importantly of all, it works.

Let’s start to break it down without going to spoilers straightaway. First of all, Jon Watts – what he’s managed to do with Spider-Man, I feel like he’s not talked about enough. Especially No Way Home is a statement of how great a director he became. Even Marvel fans (well, at least the ones who are willing to admit these films are not flawless) would admit, most of these films struggle with action sequences being too “choppy” all over the place; you can’t tell who is where… And for the first time in a while, I haven’t felt like that. And this movie has some big action pieces juggling several different characters. Sure, some scenes can still “reek” of CGI because they are heavy on CGI. But in this film, it wasn’t as distracting, and I felt like Jon Watts was really intentional about trying to make the action sequences as smooth as possible. Honestly, he deserves much more credit.

Now, let’s talk about the core cast, still without spoilers. I felt like both Tom Holland and Zendaya gave their best performances in the MCU as of yet. Once we get into the spoilers, you will understand why, but it’s because this script gives them a lot to do. And this is why this movie works, despite everything – at the core of everything, the film knows what it is, what it’s supposed to be – a Spider-Man movie. That sentence might sound obvious, but if you think about it, it’s not. Especially given how closely Tom Holland’s Spider-Man has been linked with the MCU (he’s Avenger, after all). In addition to everything, we have Benedict Cumberbatch and Benedict Wong here, and that fact was one of my main worries. That this would become another “Avengers 3.5“. But no. And this is another thing – this film managed to surprise me several times.

And I am not talking about some characters or great reveals, no. It was more about every time I thought: “Oh, so this is where we are going with this.” The movie went a slightly different way. Because here’s the thing – some scenes are fully “fan-service only”, and I unapologetically loved most of them. And I, knowing what I knew going into the film (who will be appearing there), thought that is what the movie will be for the most part – Spider-Man 3: No Way Home, The Fan Service Film. And it wasn’t. It didn’t forget to give us a proper self-contained(ish) story that actually moves our main protagonists and enables them to evolve.

Ok, I think I have gone for as long as I could possibly go without discussing spoilers, so without further ado…

So let’s address the “lesser” spoilers as they were part of the trailers. All the original villains from the previous Spider-Man movies ever made are back. Yep, everyone from Alfred Molina, Willem Dafoe to Rhys Ifans as The Lizard (remember him?) is back. And the one who stands out is Willem Dafoe, who is back and loving every single minute of it. He’s the main villain of the movie, which is saying a lot, in the film full of them. But his portrayal of the Green Goblin was simply amazing.

And unless you have been living under a rock, you should know both the previous Spider-Mans are also back. If you didn’t know, congrats and I hope you discovered it for yourself in the cinema. Because that was something; I wish I could do. As a person, who is no longer watching trailers and is trying really hard to avoid spoilers, even I had that pretty much confirmed for some time that both Tobey Maguire and Andrew Garfield are back. And surprisingly, they both worked for me. Because it’s when you see them all on the screen together, interacting with each other sometimes in a silly, “fan-servicey” way, sometimes in more of a serious manner that is when it hits you – they were all great in their own way. And they were all great Spider-Men in their respective eras. A lot has changed since both Tobey and Andrew hanged their spider webs, mainly questions about ethics, killing or not killing their enemies (even though as well all know, most of Spider-Mans villains had the unfortunate luck of killing themselves by accident :-)) and whether the villains deserve a second chance.

And this is where this movie tries to justify and do something with having all three Spider-Men here. They give Andrew’s character his redemption moment by saving MJ (read as something, he failed to do that with Gwen Stacy), and Tobey, in my eyes, became the “uncle Ben” for Tom Holland’s Spider-Man. Where he’s at his lowest, he stops him and reminds him what they stand for. And he also has some great moments with Otto Octavius.

What I loved, and once and for all confirmed this movie is a great one, was the ending. It feels like a “semi-reset” in the best possible way. Everybody forgets (because of Dr Strange) who Spider-Man is (including Avengers, MJ, his best friend), and because of that, he is back to square one. But this time, he has got nobody in his corner. Aunt May is dead, and all relationships he forged within the last few movies (Avengers and his own films), gone. Yes, he’s smarter because he’s been through a lot and from what I understand, he might have some Stark technology left. That has never been explained, but if we continue with Tom Holland (and I believe he has signed for a few more movies), it will be interesting to go back to “basics”. Because as much as I’ve enjoyed this trilogy, mainly the first two movies were heavily linked with Iron Man and his technology. And I can’t wait to see Tom Holland’s Spider-Man without any “techy” suit.

Speaking of Tom, he’s nailed it. That scene, where he loses Aunt May and later on when he explains to Zendaya, she soon won’t remember him that was the best I have seen him be in the MCU. The same goes for Zendaya, she nailed her role, and it will be interesting to see what they will do with their relationship, given she has no clue who he is and they have no “link” between them anymore. The coffee shop scene towards the end, where he thinks he might get her back but slowly realises it might be best for her (and his friend Ned) to leave them alone, at least for now, was heartbreaking. I wasn’t expecting these moments to hit me as much as they have, that’s for sure.

Overall, Spider-Man No Way Home delivered and delivered more than I could have possibly imagined. Could you take it apart or say we didn’t need some scenes, and some might have been dragging for way too long? Yes, you could do that. But every time I started to have that thought in my head, the movie immediately shifted into a higher gear and kept on moving. And I can’t stress this enough despite all these villans, despite multiple Spider-Men, this is still a self-contained Spider-Man story. One day, once all this hype will calm down and we can look at this trilogy without any “baggage” (it’s overhyped, it’s this or that), we will look back and wonder how they managed to pull this one-off. How was this film filled with a plethora of characters from the last 20 years of Spider-Man movies, and yet, it didn’t feel cheap, and it managed to give us a great film? That moves its story into a new field with some intriguing future for this character? I can’t wait for that and also re-watch this film.