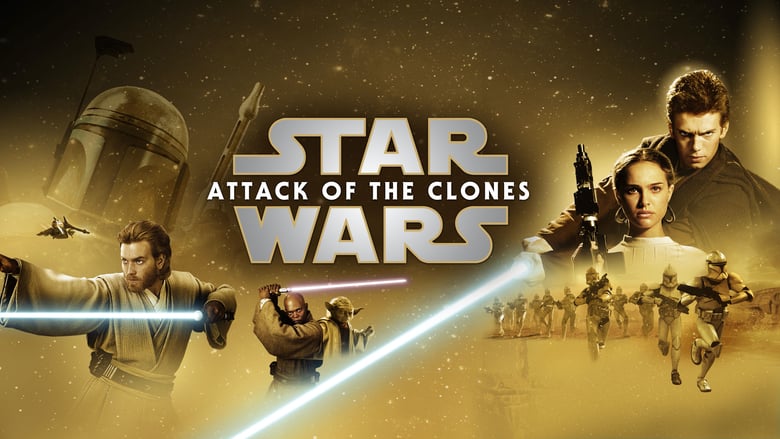 Attack of the Clones is my favourite prequel. There, I said it. Yes, I am ashamed. Yes, I am perfectly sane. Really. No, really I am.

The story picks up 10 years after Star Wars: Episode I – The Phantom Menace, where we get grown up Anakin Skywalker played by Hayden Christensen and if there is anything or anyone more hated from these prequels beside Jar Jar Binks, it’s definitely Hayden. And look… his performance in this movie is bad, I can’t defend that. I think he gets better in the last one, but I will keep it for that review. But I honestly can’t blame him, and I’ll give you two reasons why:

The story is intriguing as we can see the “rise” of Stormtroopers, start of the “Clone Wars” that were referenced in Episode IV, count Dooku (all hail Christopher Lee!) and most importantly, the big arena Jedi fight near the end.

That might be the main reason why this is my favourite out of the prequels – until then, we’ve not seen anything like that, where plethora (what a big word!) of Jedi Knights are going up against droids in one arena, where Mace Windu for the first time ever introduces different lightsaber colour than blue, green or red (and purple is definitely my favourite lightsaber colour). Still my favourite scene of the entire prequel trilogy.

Of course, we can’t forget to please the fans, so here’s where Jango Fett (father of Boba Fett) is introduced and killed, this is where, for the very first time, we see Yoda actually go toe-to-toe with somebody and it’s pretty cool, and we also take a peak at the early plans of the ultimate weapon (aka Death Star).

This is what I meant in my previous review for Phantom Menace – Lucas had a vision and plan, therefore he actually planted plenty of tiny easter eggs throughout the entire prequel trilogy, so I do admire that. Still wish he would let somebody else to “play” with him on these, somebody he would actually listen to, and most importantly, somebody who wouldn’t be afraid to tell him “look George, are you sure about this, and this, and this…?”

Objectively, this movie is around 3*, maybe slightly lower, but again, it’s Star Wars. And it’s something I grew up on, so for me it’s easier to ignore the stuff I don’t like, and enjoy the stuff I really like. It’s alright if you don’t agree with me.

That’s all for this one! Which of these did you enjoy/hate more? Let me know!