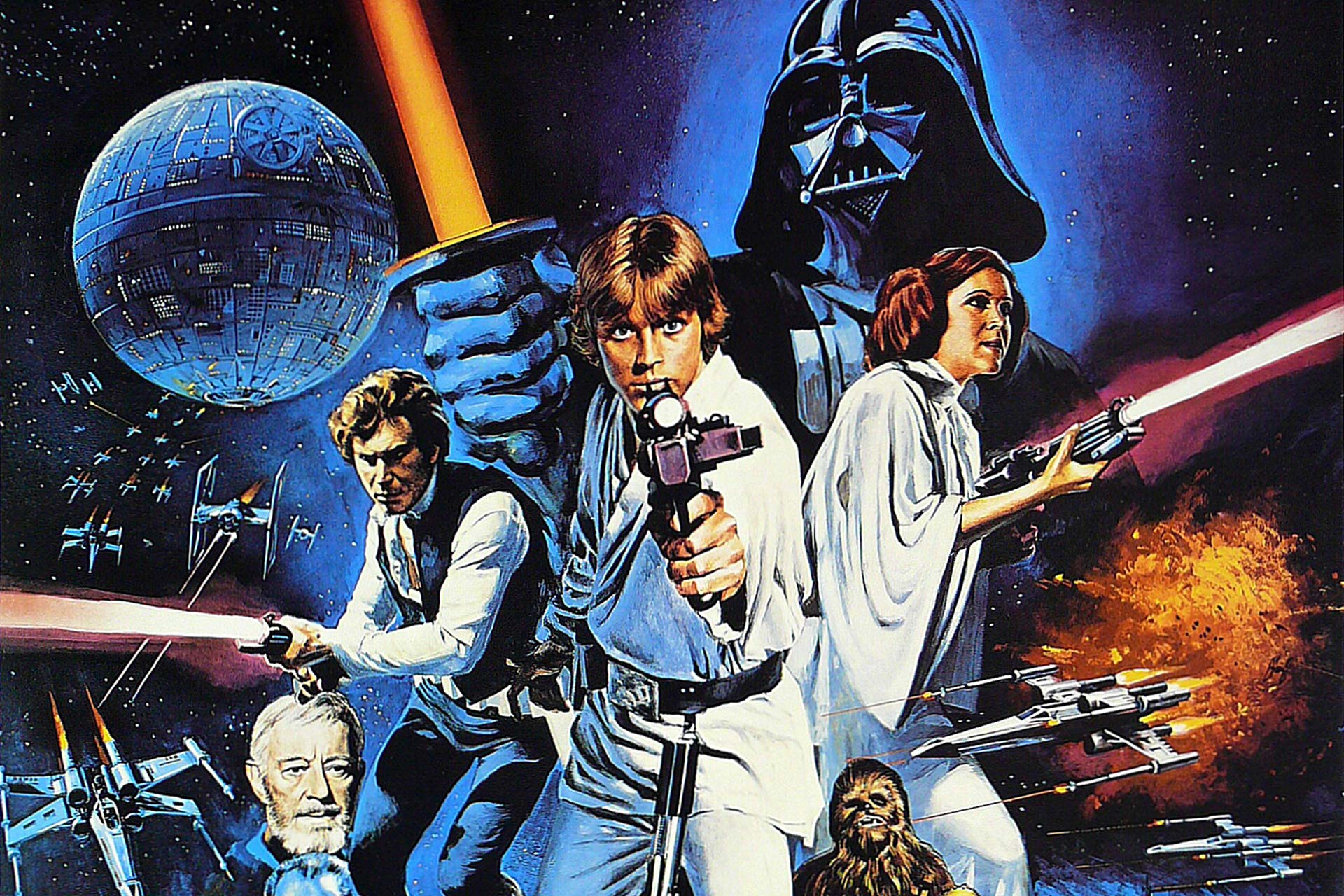 Is there anything new I can say about Star Wars? THE Star Wars? The movie that influenced everything from the way movies are made, to pop-culture, merchandising… I’m still not quite sure if I can grasp how influential this movie was, not just for its time, but for most of our culture now.

And to think this was supposed to be just a one movie, where you have a beginning, the middle and the end… to think how it was originally just named simply Star Wars, no episode number, no New Hope, nothing, as nobody expected this movie to do anything box-office wise. BTW, it’s still the 2. movie of all time box-office wise (adjusted for inflation, see it for yourself here).

I don’t think I can really add anything new here, to be perfectly honest with you. But I’ve recently re-watched all 9 “Skywalker Saga” movies (because that’s how we are calling them now, apparently) and just realized how much I love Star Wars, mainly the original trilogy, so I will write a review for all of them.

If I could just say one thing – where big studios are trying to re-create this magic, they always seem to forget about one thing – this wasn’t supposed to happen, therefore you can’t recreate this. What I mean by that is George Lucas (before all the special additions and truly unnecessary and frankly annoying touches he’s added to the film over the years) delivered something that was just a singular piece of film making, where there was just one story, with a beginning, a middle and the end. No sequel in mind, no setting up this character for later on, because that’s what we deserve, as movie going public. To see a movie, not a something that’s trying to setup another movie/trilogy. Plenty of people seem to miss this nowadays in a hope (heh, see what I did there?) that they might just come close to replicating this.

This movie (and the entire original trilogy) will always be like a warm blanket, like a cozy corner on rainy Sunday afternoon, where I just feel at home while watching it. Sure, I could probably find some flaws (pacing, mainly in the beginning) but I couldn’t for a life of me lower my rating of this movie. For the Star Wars movie reviews that will follow, with some I might have 2 rating scales, the “objective” rating, and my rating. You will understand once we stumble upon the prequels. 😉

But this one doesn’t need 2 rating scales, just one.

That’s it for the very first (or fourth) Star Wars movie? Do you love it as much as I do? Let me know!