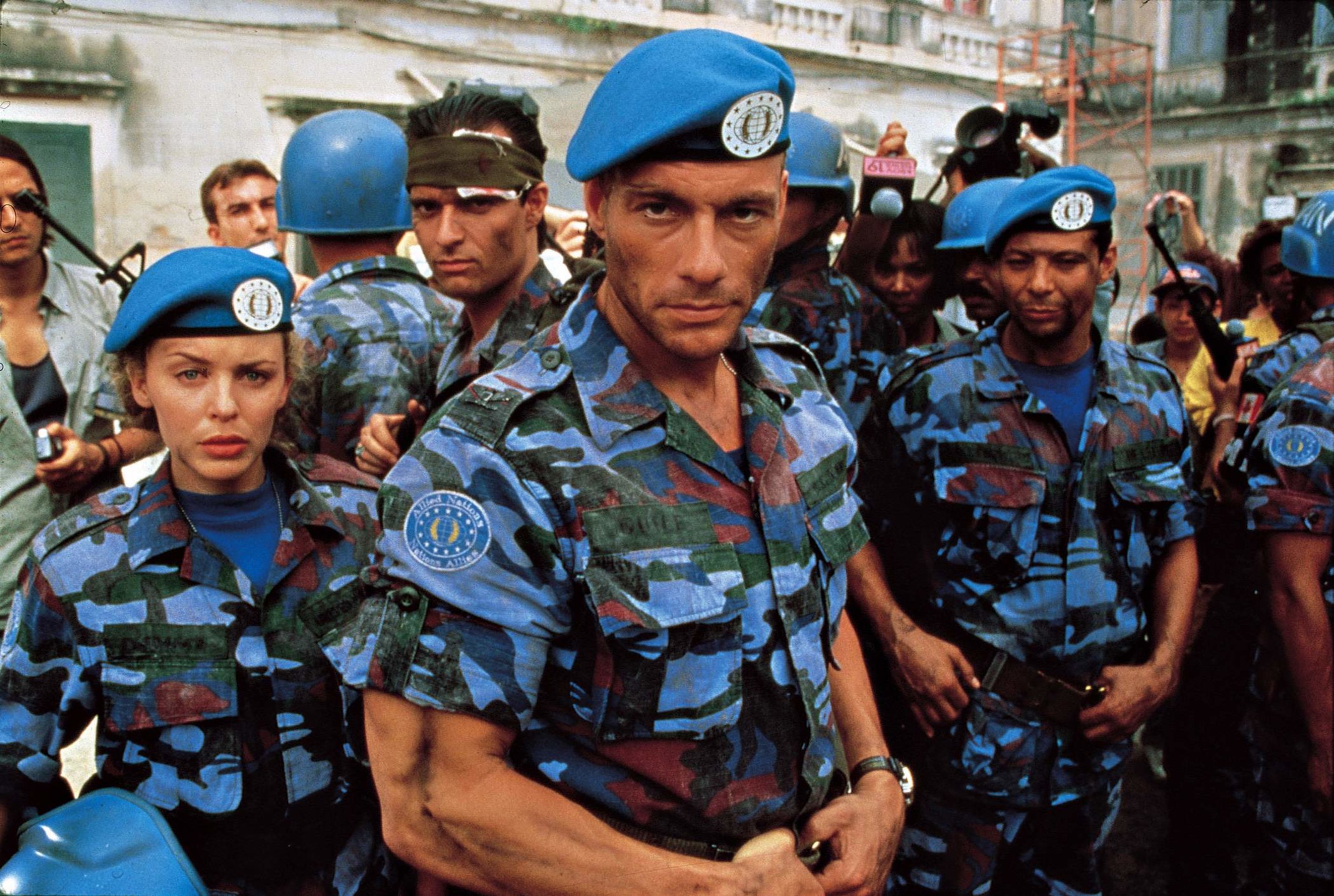 Where to even start with this one…

Let me clarify one thing – I went into this movie expecting “lesser” film experience, as I have heard stories about how bad Street Fighter is, but deep down, I know I have a soft spot for cheesy, “it’s so bad it’s good” kind of movies, especially from the 80’s and 90’s, as those are the movies I grew up on. But with this one, it’s just so over the top bad when comes to… well, everything, I can’t even enjoy it for how bad it is. There are now stories how Jean-Claude Van Damme was… not on his behaviour on the set, to put it very mildly (and you don’t even have to google hard, it’s all there under Trivia section on IMDb) and how because of it, everything was delayed, or rushed… and you can definitely tell.

I think because of Street Fighter I have finally realised, why is it that I can enjoy some “so bad it’s good” movies and not others. That’s because those movies are not equal and the “enjoyable” bad movies in my eyes, have most of it right, but they might have one or two elements that’s dragging it down (usually it’s the over the top acting, cheesy dialogue, bad CGI etc.) But as long as all the other aspects of that movie somehow work, you (or I) tend to forgive those movies, as you can acknowledge that sure, the dialogue/acting/CGI is bad, but the other elements are alright, and overall that “spice” of badness makes it somehow more enjoyable. It’s like having a scar on your face. Sure, when you spot it the first time, you think to yourself “damn, that’s not supposed to be there, I wonder what happened” but ultimately, it gives you extra character (perfect example is Michael Kenneth Williams – great character actor, who made his real life scar into a benefit, rather than disadvantage, making it work for him and giving him and all his roles that extra level of character) and people love character. But if most/all the elements of your movie are somehow wrong or not working (as with this movie), it’s really hard to root for this movie, or to enjoy it for being bad.

And almost nothing works here – from over the top performances, to bad CGI, bad dialogue, really boring storyline (I mean, it should be street fighting movie, why do we deal with warlords and army…? Why?) and the only bright spot is Raul Julia, who is putting in an alright performance. I love him as an actor and he is by far the best one in this movie, but I do believe most of the “praise” he’s getting on the Internet, is due to the fact of his unfortunate passing and the struggle he had on the set, as he knew and everybody around him knew, he was dying from stomach cancer. And from the stories I have read, despite everything he was going through, he was the perfect professional on the set and that is admirable. So what I am trying to say is yes, he is definitely BY FAR the best actor in this movie and you can tell he’s the only one, who kind of realises “the quality” of the movie he was in, so he was at least trying to have fun with it, but don’t get fooled by some people on the Internet, that he somehow saved this movie. Unfortunately, he wasn’t that great. But more importantly, it wasn’t his job to save this movie, or to make sure it was watchable and he is not the reason this movie ended up the way it did.

Who I also wanted to mention is Ming-Na Wen who is playing Chun-Li. I thought she looked familiar, but couldn’t place her face, so I looked her up on IMDb and not only she is “Fennec Shand” from The Mandalorian (2019 -, my reviews can be found here for the first season and here for the second season), but she’s aged like a fine wine, as she was around 30 when she made Street Fighter, that means she will turn 60 in 2 years and if you see her in The Mandalorian, you would not have guessed it. My only wish is to look half as good as her when I will be her age. Also, just an important side note, her acting is definitely much better in The Mandalorian than in this movie, but that almost goes without saying, as I don’t think she had plenty to work with here in the first place.

I honestly went into Street Fighter with my brain “switched off”, hoping to enjoy another cheesy action movie from the decade, that produced a lot of them (and most are beloved by me). What I got instead was a cocaine powered weirdness. Because you would at least think, if there was plenty of cocaine involved, the movie would be fun and fast paced, right? No, it’s the opposite on both fronts, it’s really slow, for what it is and really boring. I am not saying this lightly, because I usually don’t like remakes, but this should be prime material for a remake – something that exists, we have a film version that’s objectively bad, so let’s try to re-do it, but this time with people who actually love the material, who love the game(s), who care about those characters. Based on the trailer, it looks like we might actually be getting really good Mortal Kombat (2021) or at least that’s what this trailer is promising, so maybe, if it actually is a good movie, maybe we can try to make this one right too?