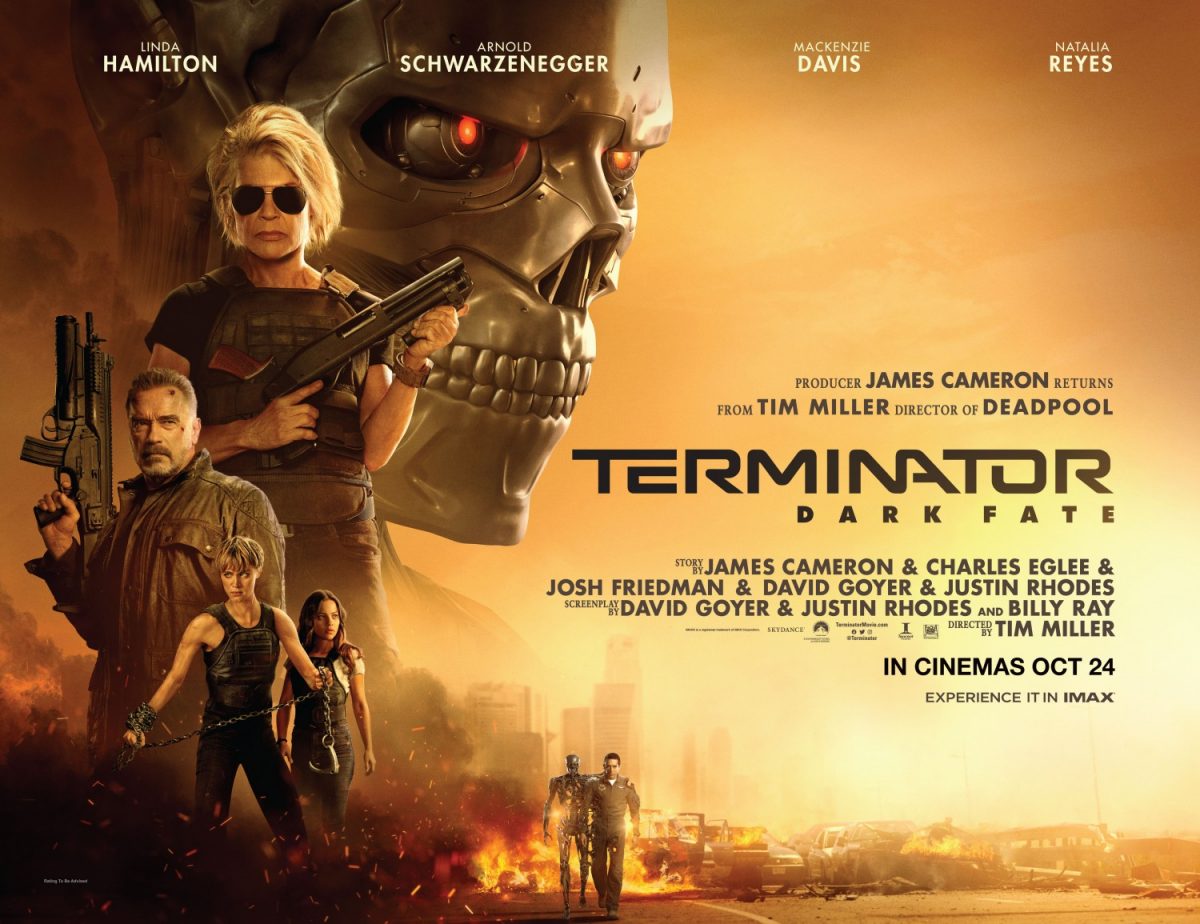 Praising Terminator: Dark Fate for being the best Terminator sequel since Terminator 2: Judgment Day (1991) (even though I still believe Terminator 3: Rise of the Machines (2003) gets a bad reputation and especially considering the two movies that came after that film, wasn’t bad at all, but I do need to re-visit it to see how it holds up today) is like praising a wild animal for only eating your left hand, as that’s the one you don’t use that often. Sure, but wouldn’t not eating any of my hands be much better option?

What I am trying to say is that Terminator: Dark Fate definitely is the best Terminator movie we have gotten since (for me) 2003, but given the “competition”, that’s not really a high bar to climb. It is almost impossible to talk about this movie without going into the spoiler territory, so before I go there, let me just say the main points here – the new “human saviour” is pretty bland, the new Terminator (Gabriel Luna) is 100% the best “evil” Terminator we’ve gotten since T2 and overall this movie is really, really solid. Having said that…

I think your enjoyment of this movie depends on how willing you are to (yet again) disregard previous 2 films (that’s right, Terminator Salvation (2009) and Terminator Genisys (2015) never happened) which I believe most fans are fine with. But, there is one additional and really important caveat – you also need to be fine with the hero of T2, John Connor, being killed at the very beginning of the movie. That is why I think plenty of fans had an issue with this movie from the very beginning. Without trying to sound like a certain US president, I can see both sides when comes to this issue – on one hand, the timeline was so over the place, this was the best thing to do narrative-wise, as it allows you to follow up “the good stuff” and not care about how other movies prior made “the good stuff” obsolete. But that is a paradox within itself, as even though Sarah and John stopped Skynet, he dies and something else just takes its place, Legion. That’s the other side – it feels like even though this film still acknowledges the first two movies, it kind of makes them obsolete too, by killing the leader of human uprising against the machines, I can see why people would be upset. I thought for this story it worked, I didn’t have any major issues with that decision.

What slightly bugged me was Natalia Reyes, respectively, her character. I think she did a decent job, but her character, even though she’s “the new John”, as Linda Hamilton puts it, felt really bland. I know she’s supposed to “grew into a leader”, but I don’t think we have seen a lot of that and just wished we would have gotten a glimpse of that. I wouldn’t necessarily blame Natalia, I honestly believe they should have focused some part of the movie to why is she THAT special, that she’s the one who gets all surviving humanity united, as we’ve only gotten one flashback scene, where she saves Graces (Mackenzie Davis was great) and then has the BRILLIANT idea of “maybe we should unite and fight the machines” and you think… really? Is she really the first one who thought of that…?

What I was impressed with is, as mentioned before, the new Terminator, Gabriel Luna. I really liked the fact he didn’t have that much dialogue, because that only made him more menacing and he felt unstoppable. Without any exaggeration, he was the highlight for me, as I really felt the danger every time he was on the screen, my hat is off to you, sir.

When I talked about paradoxes, this might be the ultimate meta paradox – they finally make a decent Terminator movie, but it is so late and we still had a bad taste in our mouths after the last movie, nobody actually cared. The box office was underwhelming, even bringing back both stars of T2, Linda Hamilton and Arnold Schwarzenegger, made no real difference, as people have given up on this franchise. Which, for this movie is a shame, as on its own, it’s pretty solid Terminator movie. I honestly wonder, whether we will get another one at some point, or whether (which is more likely) we would get a TV show, that starts from the very beginning…

Overall, Terminator: Dark Fate is a decent action movie, pretty good Terminator movie and you won’t be bored with it. If you can accept the fact the first two movies will (probably) never be topped, quality-wise, and to certain extent, no longer matter in this universe.