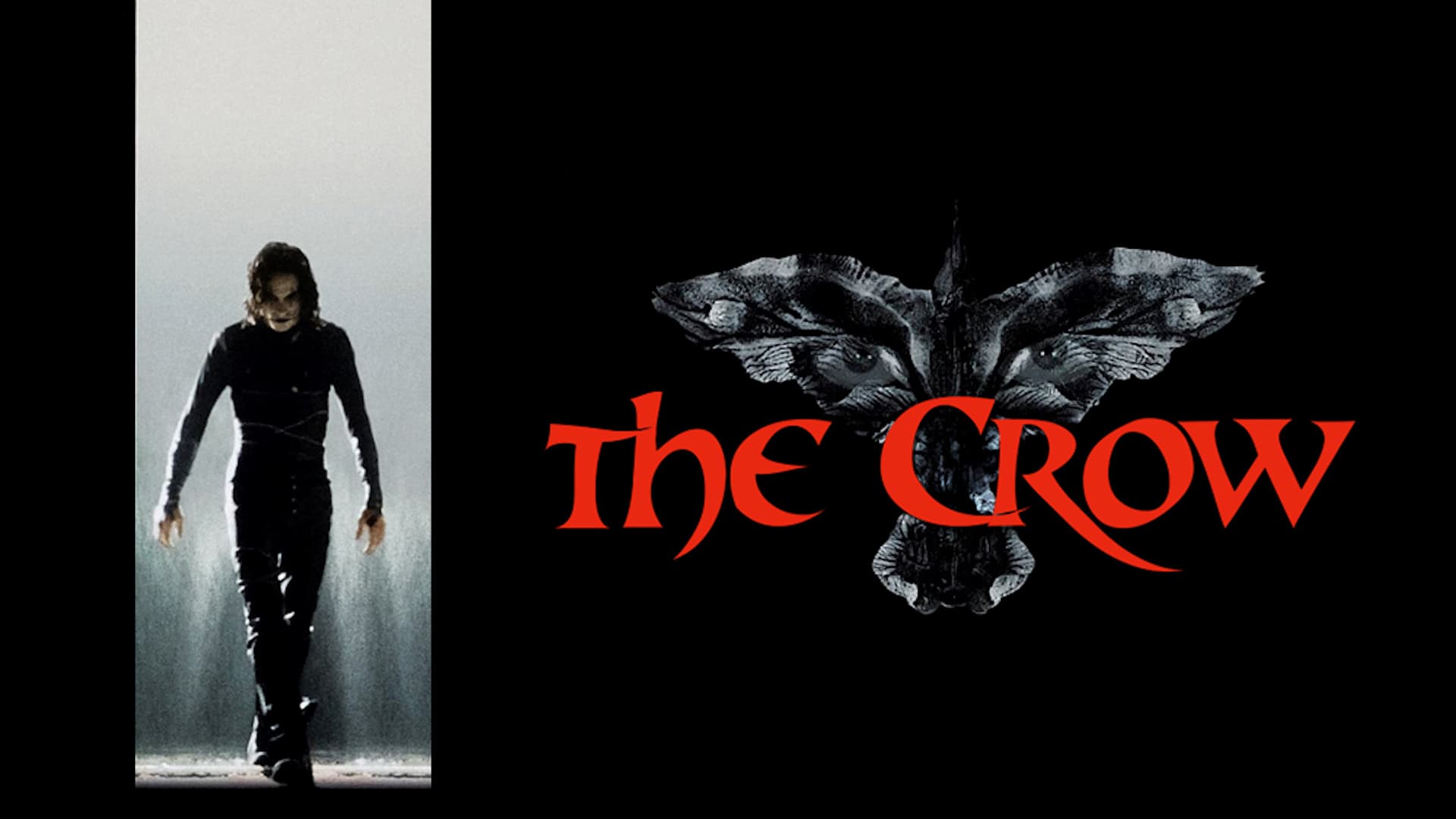 This might be one of my most controversial reviews, so buckle up. I’ve heard a ton about The Crow. I mean who hasn’t at this point? This is definitely one of those films, that is engrained in modern pop culture and vocabulary, but not because of the movie being so great (well, some people seem to really love it) but mostly due to the unfortunate death of Brandon Lee and the fact they had to deal with it during the shooting, as he didn’t shot all of his scenes yet. So, honestly I only have respect for the filmmakers to keep going after such a tragic accident. That being said… the movie is a mess.

Just to clarify it, it has nothing to do with the CGI, that’s used to cover up the fact Brandon wasn’t shooting some scenes. I haven’t actually noticed which scenes he’s not in, so as far I am concerned, that doesn’t account for what I am about to write. The main thing for me was the fact, that the story is all over the place and even though they setup some things (crow brings your soul back, if it’s super sad I guess?) they really leave plenty of things “on the table”. Was he only “back alive” for one day/night? Or until he has his revenge? Why him and not her (his girlfriend) too? Her soul would presumable be also unrest and sad…? How does he know that is time to go back, once he has had his revenge…? Did he know he needed to, or did he decide there was nothing for him on Earth, since his true love is still dead?

At this point, I need to quote a piece of trivia directly from IMDb, that once I’ve read it (after this movie was over, that was the first thing I did, as that’s what I usually do, read about movies I’ve just seen. Yes, I am very fun at parties, thanks for asking :-)) it cleared pretty much everything for me:

According to Empire Magazine, cocaine abuse was rampant on set, with cameramen shooting whilst high, crew going into the toilets to snort between shots, and people cutting around. One crew member recalls hearing the sound of a sneeze on the set one day, and an annoyed Brandon Lee quipping “someone just lost $50.”

Plenty of times, when movie reviewers are trying to be funny, they always go for some sort of “did they make this while doing all the drugs?” joke(s), as those work and are fitting surprising amount of times. But I swear I don’t recall a movie, where it was so obvious plenty of people involved must have definitely been on something. The Crow is just so all over the place, so chaotic, it’s trying to be so dark, edgy, poetic, that it comes across like a really cringey friend, who even though is almost 28 years old, is still convinced being EMO, anti-everything popular and listening to the bands “they’ve definitely heard first, before they became popular” is the way. It’s not.

And that is the thing – this movie might have just missed me. Had I seen it when I was around 14/15 years old, I would have probably adored this film. Part of me kind of understands, why this film has such a cult status even today. It almost seems sacrilegious to say anything bad about this film or its soundtrack. Well, I will have to, as no matter how hard I tried, I never got into this film.

I strongly believe if it was not for that tragic death of Brandon Lee, this movie would not have pretty high 7.6/10 rating on IMDb. I honestly believe this would have been one of those films, we would see articles about, how it’s underrated and how it’s worth another re-watch, because it’s secretly genius and we all have missed it, when we seen it the first time. But we didn’t. The Crow gave me something, that if done properly (maybe, just maybe, minus all the cocaine, slightly better CGI, explain the rules more, establish the world properly, etc.) today, it might just be pretty great. Come to think of it, I could easily see this as a really dark HBO or even Netflix show, and what’s more, I would kind of welcome it. If you ever read my opinions on remakes/reboots, you know I am not a fan, if they are remaking/rebooting movies, that worked in the past, just to make some extra cash on that sweet sweet nostalgia we all seem to be craving (weird, it’s almost like the entire world is slowly collapsing, why is it we want to go back so much…? Such a mystery…). Instead of that, I am all for taking movies, that had some potential, but for variety of reasons (different era, new way of thinking about the story/characters, better/cheaper CGI, hopefully less cocaine available on movie sets etc.) failed to capture us. I honestly think this might work, because I could see glimpses of potential. And I can’t deny it influenced the gothic, dark aesthetic for some time to come. But everything around it just didn’t work for me.

Overall, The Crow is one of those cult movies, that just simply missed me and I don’t understand the love for it, except for the very obvious reason of death of Brandon Lee. It almost feels like people who love this movie, love it either because they grew up watching it, so they understand it’s not that great, but can’t help themselves (which is fine, I also have movies like that, where I objectively know they are bad, but I just love them), they haven’t re-watched it recently, so they still remember it fondly from “back then”, or they are afraid to rate it any lower, because of Brandon’s death. And I hope that’s not the case, because we should be able to separate those two things. Let me put it like this – The Dark Knight (2008) is an excellent movie. And when I first watched it, in the cinemas, knowing about Heath Ledger‘s unfortunate passing, I also wondered whether I might have overhyped my enjoyment of the film, because I really liked the guy and enjoyed his performance. But every since that, I’ve re-watched it several times and the movie just works on several layers, and Heath’s performance is just a cherry on that cake. Whereas The Crow, I am sorry, but almost nothing worked for me here. The lack of any direction, cohesion… I don’t think I will re-visit this film any time soon, if ever.