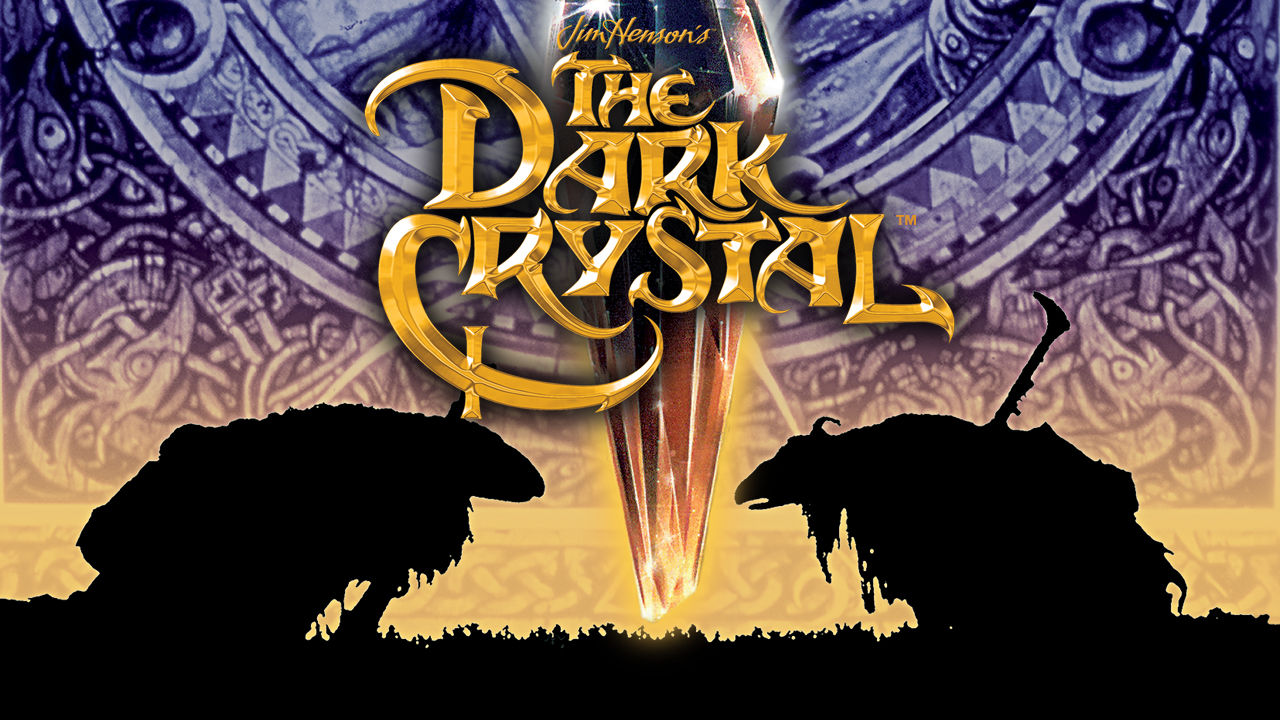 Where to start with this one… I really wished to love this movie, because I really, really like uniquely weird fantasy movies like that (two of the most obvious examples from the same era would be The NeverEnding Story (1984) and of course, Labyrinth (1986), two “darker than your average” kids fantasy movies) in which you don’t see the most advanced CGI and even as a child you can tell, there is some sort of “cheap” quality to them – the sets, puppets, effects, but that doesn’t matter, because you do love those stories, that unique atmosphere those movies created and they both stayed with you, for better or worse. One might traumatize you (I don’t think my 10 year old self was ready for the “horse drowns in swap of sadness scene) one might make you ask questions (is David Bowie really hitting on 16 year old Jennifer Connelly? I mean, I can’t blame him, but damn…) but both had their uniqueness, both standout in their ways and I don’t mind revisiting either of them. Now, The Dark Crystal is a different story, maybe because unlike those two movies, I didn’t grow up watching it? But it very much felt like a product of its time, to make something for the sake of making something. And even though the runtime is just around 89 minutes, it managed to bore me…

The thing about this movie that’s the most striking to me, it clearly takes its inspiration from Star Wars, which is not a bad thing per say, but it fails to deliver on any big, major moments. The entire movie can be summed up to about 2 pretty short sentences, which also is not necessarily a bad thing, as plenty of movies I adore are based on really simple concepts, executed well. And that was my problem with The Dark Crystal, I don’t think it was executed well. If you are falling asleep while watching a fantasy movie, that’s only 89 minutes long, because this could have been literally told in 10/15 minutes, something is wrong.

It pains me to say this, because I have really enjoyed the look and the feel of this movie, as again, I grew up watching fantasy movies such as this one, so even though some of those puppets looked really terrifying, rather than cute/charming (the main hero Jen looked like a puppet, who somehow got hold of Instagram’s most annoying smoothing filter in 1982 and used it for the entire movie) you eventually get used to it and admire the craftsmanship behind it. The production design on this movie was honestly great, some scenes looked amazing even by today’s standards, but the story, the characters, nothing grabbed me the way it was supposed to. The humour didn’t land, the “epic” finale didn’t land, nothing story-wise worked for me.

When comes to movies like this, I always tend to wonder, what would happen, if I watched this movie when I was the target audience for it? Would I adore this film and looked back at it fondly, had I seen it when I was 10 years old? Do you need to be a certain age, to fully appreciate movies like The Dark Crystal? But if that’s the case, does it make the movie good, or bad? I know art is subjective, and there is no one right answer to this question, but it always makes me wonder, every time I see a film like this, that’s a cult classic for one generation of people who seem to adore it, and when I finally get to watch it, it leaves me not only stone cold, but also bored.

Watching this film, I really got intrigued to revisit the already mentioned Labyrinth, as that’s the closest “fair” comparison to The Dark Crystal, and see whether I still love it the way I have. I think the answer will be yes, but I don’t think it’s purely nostalgia driven – you can make the argument that this movie walked, so Labyrinth could run. That this movie was just almost a “demo” version of things to come, as thinking back, even as a child, Labyrinth always felt like the strangest fever dream, that I loved, but wasn’t sure why. Years later, I think I finally realised I love it because of Bowie, young Jennifer, great soundtrack, and the overall creative force behind it, where mainly the story feels unique and original. This movie (story-wise) doesn’t feel like that.

Overall, it’s been interesting watching The Dark Crystal for the very first time. It’s definitely a different movie from a different time and you either are on board with that (most likely meaning you grew up watching it) or not and that will heavily reflect your enjoyment of it. I am glad I have finally watched this movie, as it gave me another glimpse of the artwork, that’s slowly dying (mostly practical stunts/CGI puppets etc.). It’s just shame, the story bored me to tears and I couldn’t get into it.