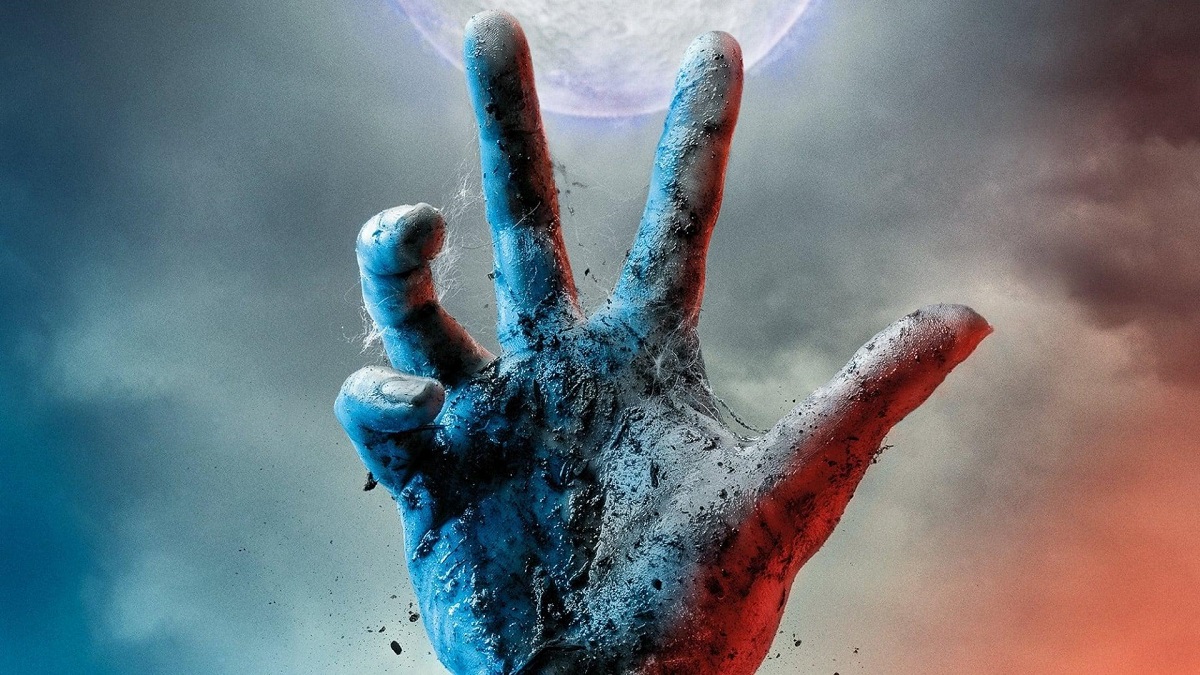 I won’t lie – The Dead Don’t Die is one of those “not for everybody” movies because it is so… not even original, per se. It is a very quirky zombie movie with an extremely dry sense of humour. Think of the “driest” humour you can imagine and multiply by ten, and you might be getting close to this zombie flick that has a bit of everything.

I wasn’t prepared for the “meta-ness” of it all. How characters in the movie refer to the song The Dead Don’t Die by Sturgill Simpson as the “theme song” or how Adam Driver knows he is in a movie. There is this running joke throughout the film where his character says (repeatedly): “Oh man, this isn’t gonna end well.” And Bill Murray‘s character asks what he means by that, and Adam says something along the lines of: “Well, I have read the script.” To which Bill replies: “He (Jim Jarmusch) only gave me our scenes. I never saw a complete script. After all I’ve done for that guy, and it’s a lot that you don’t even know about. What a dick.“

And this is just a glimpse of what this film is all about. And I think if you imagine Bill Murray saying the above line in the driest way possible, it might be a good indication of whether this film might be for you or not because I loved it. Upon further rewatches, it might reach the 5/5 star rating, but I would understand people not liking it. On IMDb, the film currently has 5.4/10 on Rotten Tomatoes, the critic rating is also 54%, and the audience score is even worse at 38%. And although I have enjoyed this dry zombie comedy, I am not surprised or even shocked by these lower scores. You need to be in a certain headspace to enjoy this, and more importantly, you need to adjust your “dry humour meter” to a maximum capacity. Because literally, everybody plays it straight here the entire time.

I think that might have tripped many people how “serious” everybody is, how all actors in this film movie deliver all the jokes with such a deadpan stare and extra dry sense of humour. Imagine if Shaun of the Dead (2004) dialled up the dryness of its comedy to eleven. It would be a very different movie. And I think that is what many people might have expected from The Dead Don’t Die, Shaun of the Dead kind of film, directed by Jim Jarmusch. What he delivered, however, was a zombie comedy that’s a kind of drama, kind of parody and 100% Jim Jarmusch. I have not seen many films from him (a glaring omission from my cinephile journey I need to fix), but in those few movies I saw, I noticed he has an extraordinary view of our little world. And his films can be very hit or miss for many. I don’t know about you, but I would much rather see a director swing big and missed than try to play it safe and have the most average film ever made.

Since I have already mentioned some of the cast, let’s delve deeper into it because Jim Jarmusch is still a name many mainstream stars would love to work for/with, and it shows. Along with the already mentioned Adam Driver and Bill Murray, you can find here: Tom Waits, Chloë Sevigny, Steve Buscemi, Danny Glover, RZA, Rosie Perez, Carol Kane, Iggy Pop, Selena Gomez, Austin Butler and Tilda Swinton! Yep, the term “star-studded” doesn’t begin to cover this film, even though some actors on this list have more of a “cameo” than a proper role. Won’t tell you which one as that is part of the fun. But I need to talk about Tilda Swinton and her performance here.

This film might be one of the only movies she’s appeared in that acknowledges her Scottish ancestry, even if the movie has her as this samurai-like killing machine, wielding her katana with such precision that Toshirô Mifune would have been proud. Yes, you are reading this right – she plays a Scottish character with a pretty thick Scottish accent that goes into full samurai mode when shit hits the fan or zombies leave the ground. It was chaotic, random, and so much fun to witness. It might be the most “Tilda Swinton role” ever, and I loved every second of it.

The only reason I can’t give this movie the perfect score is actually not that simple. It was more about a feeling I had. Do you have that feeling when you watch a movie and have a blast, but something is missing? It feels like everything seems to be in place correctly, yet you have this nagging feeling like there is some element you are not enjoying 100%. It is one of those “maybe when I watch it next time; I will appreciate it a bit more” movies.

Overall, The Dead Don’t Die was a blast for me. And yet, it is hard to recommend it “universally” given its nature isn’t universal, and the film’s appeal is far from universal. It will only click with a small, niche audience (as proven by the IMDb and Rotten Tomatoes rating), but that audience will fucking love it. I can imagine this film getting “a second life” in about 15/20 years from now, where it would join those films that flopped and were critically panned when they came out, only for them to be appreciated much more later on. I hope this will be the case for The Dead Don’t Die, but honestly, I don’t care that much, as I have enjoyed it no matter the ratings. I hope more people will see and discover this film for themselves. Also, The Dead Don’t Die song is an excellent jam of a song that won’t leave you for some time (yes, you can hear it about ten times throughout the film, so that’s why).