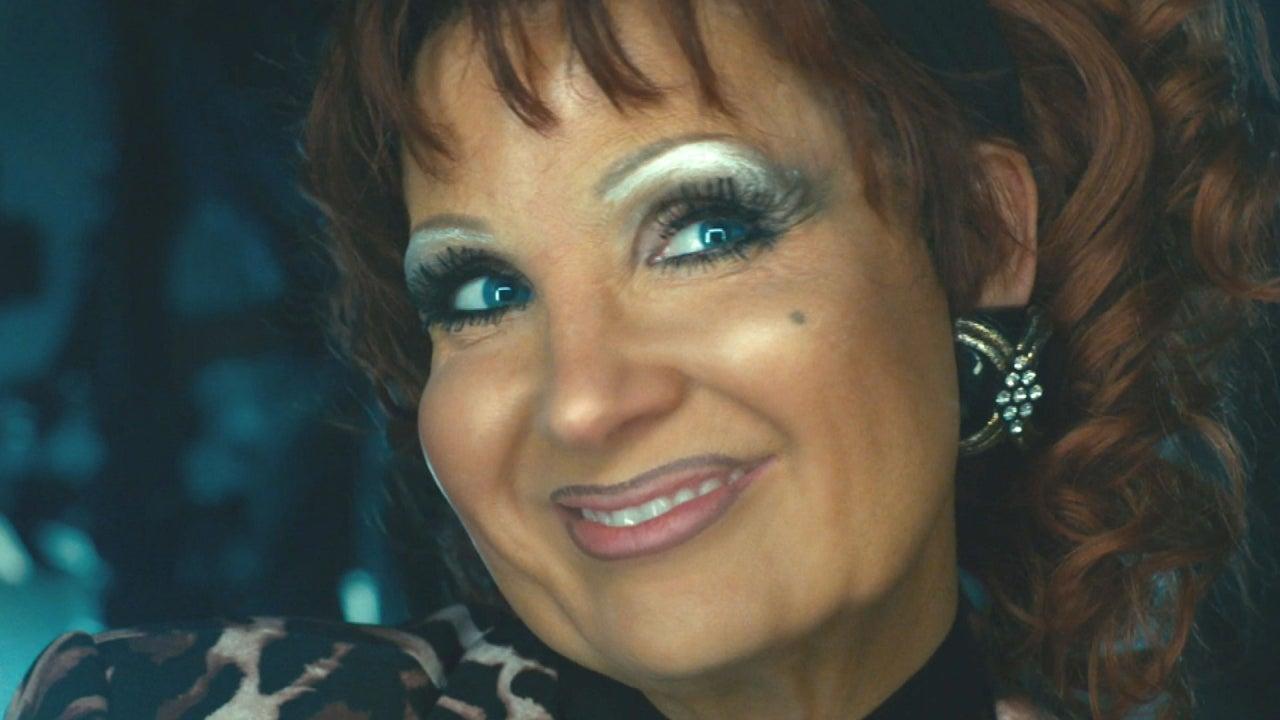 No matter how hard I try, I can’t imagine a movie that, on paper, looks less appealing to me than The Eyes of Tammy Faye. I am not religious, and to be perfectly honest with you, I despise televangelists. So I should hate this film, right? Well, that’s where I was so surprised. The Eyes of Tammy Faye is a film that understands the world it presents to you and looks at all the “players” involved… fairly. Of course, you never take your history from movies, so I would encourage looking up more information about the actual Tammy Faye. But, if I put that aside and focus solely on the story this film is trying to tell, it’s easy to see the rise and fall of not only Tammy but her husband. And (if the movie is to be believed) she was always trying to be her best.

As my title suggests, this is the part of my review where I will admire Jessica Chastain for a while. I had seen this film just a few hours before the Oscars, where she finally won her first one. Yeah, besides the slap, some people actually ended up getting awards; would you believe that? Anyway, it was between Jessica and Kristen Stewart, and it could have gone either way. And as much as I enjoyed Kristen’s performance in Spencer (2021), I was rooting for Jessica. And for two reasons – first of all, she carries the movie. In The Eyes of Tammy Faye, you have a stellar cast of actors such as Andrew Garfield or Vincent D’Onofrio, to name the biggest names. And Jessica somehow manages to overshadow them in the best way possible. Without appearing “screen-hungry”, she did it almost by default. To be clear, Andrew Garfield gives a superb performance also, but honestly? I don’t think anybody will mention his name after the credits start to roll, and there is a reason for that as Jessica is going off the chain, so to speak and gives one hell (or heaven in this case) performance.

The other reason I was rooting for her at the 2022 Oscars is simple – she has been steadily excellent for the past 11 years now. She is shaping to be the female equivalent of Denzel Washington. What I mean by that is Denzel is one (if not THE) of the best working actors we have and has been for a while. He might star in mediocre movies from time to time, sure, but he is always the best part of those films. He never “just” takes a paycheck, phones his performance and calls it a day. And Jessica has been the same. I saw her in many films now, some better than others, but I have yet to see her miss or be terrible. Yes, occasionally, she might only be as good as the film/role allows her to be but lately, I have been looking up her name in movies because she is my constant same as Denzel. If the film isn’t great, I know I can rely on her to deliver.

Now, let’s take Jessica’s stellar performance, Andrew’s superb performance and make-up and hairstyles (Stephanie Ingram, Linda Dowds and Justin Raleigh also deserved those Oscars) aside for a second. This film is your average “cradle to grave” biopic about somebody who is “controversial”, to put it mildly. I don’t think it’s a spoiler to say Tammy is no longer with us, as she passed away in 2007. But you might remember Jim Bakker (her husband, portrayed by Andrew Garfield) from not that long ago, as he was the televangelist who tried selling silver supplements against COVID-19. I have heard about that story, not knowing his history or who he was, as to be perfectly honest, I don’t care to know who’s the “new and hip televangelist some people love to send their money to”. And that would be my other point against this film (besides it being quite a stereotypical biopic as mentioned above) – showcase these people for who they are/were. The film managed to do it well enough, where every time we saw their better side, we would quickly be reminded that their actions had consequences, especially regarding Jim Bakker, still have. And we shouldn’t forget who they were, and again, we shouldn’t take our historical facts from a movie.

Overall, The Eyes of Tammy Faye was a surprise for me. Sure, I “knew” Jessica would deliver, but I didn’t know how well. I knew Andrew was a great actor but didn’t know he was that great (what a year he had, this film and his nomination for tick, tick…BOOM! (2021, my review here), talk about firing at all cylinders). And I knew I (probably) would not like this film, and I had ended up liking it despite my views about the topic. I have managed to put those aside and try to enjoy this film, and I did. Would I recommend it? For Jessica and Jessica alone, 100%. The rest of the film? I don’t think you will regret your time, but don’t expect anything mind-blowing story-wise; it is your cradle to the grave biopic. And once you see one of them, you’ve seen them all. This film is lucky to have Jessica and the make-up crew behind it, and they are giving it their all and then some.