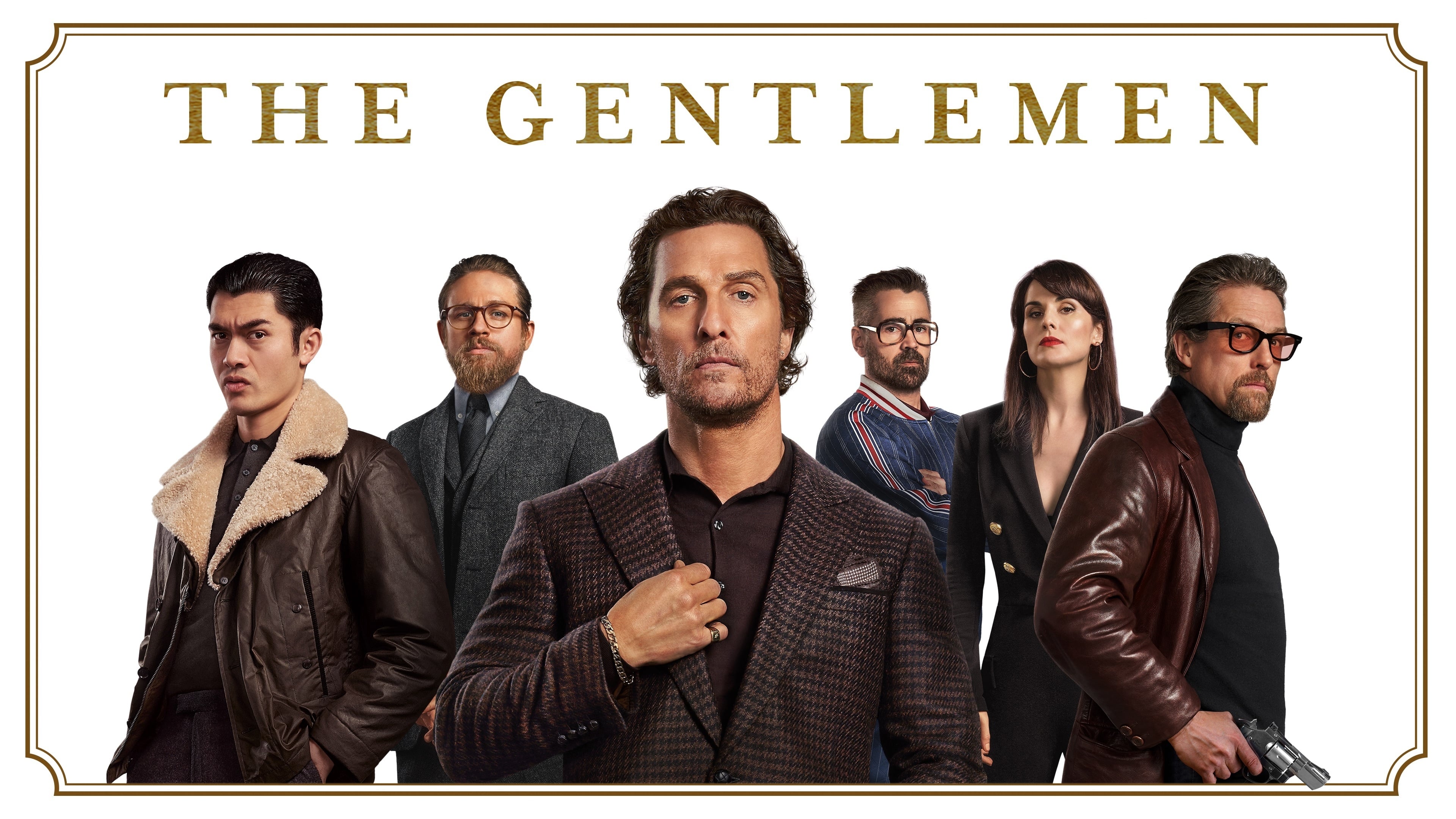 After some really strange choices over the past couple of years (I always forget it’s Guy Ritchie who directed the live-action remake of Aladdin (2019, my review here)) he went back to what he does best. The Gentleman is a sleek, yet gritty crime epoch, that proves Ritchie didn’t forget what made him famous. And for me, this is easily my second favourite from him and I only didn’t see three or four of his movies.

What I appreciated the most about this film was the fact, Ritchie can still tell complicated stories, comprehensively. Do you know how they say “often imitated never duplicated?” Well, this could be said about Ritchie’s way of telling complicated stories in a way where if you pay attention, you will understand it at the end. But here’s the thing – you need to pay attention. Oftentimes, he plays with the tiniest details that if you miss them, you will still enjoy the movie, but you might be confused as to what happened to that character, or why did this happen. This is definitely a movie that needs to be watched without any devices (to me, that’s a default, but for plenty of people this is something unheard of) or distractions. Because even if you think you know, where the story is going, Ritchie always throws a wrinkle or two into the narrative, that doesn’t serve as a twist. Especially in this film, and mainly how it ends, it feels almost like a treat, something extra that enhances the story, while also surprising you (definitely surprised me).

Let’s talk about the cast. It’s great. That’s it. I mean it – everybody is perfectly cast, the performances are great, you can almost feel how much fun the performers were having with the material given, it was a genuine pleasure watching all actors involved. If I had to name some standout performances, it would have to go to our main “power couple”, Matthew McConaughey and Michelle Dockery, playing husband and wife. He is the king of the jungle, who needs to act like it all the time (“If you wish to be The King of the jungle, it’s not enough to act like a king. You must be The King. And there can be no doubt. Because doubt causes chaos and one’s own demise.“) and she is the Queen, ruling by his side. But where other movies would end, and wouldn’t give her anything else to do, this one flashes her character really well, where you understand that not only she’s her own person, but if it wasn’t for her, he wouldn’t have become the King. They elevate and compliment each other and you could see somebody like them being in charge. Perfect casting choices, great performances from both.

Sorry, forgot to mention one more actor, who truly shines in this film – Hugh Grant. I have never seen him playing a role like this and I loved his over-the-top character, where he’s the narrator, kind of director (his thing about having a screenplay and reading it, while explaining how it’s going to look like was pure perfection) one of the main players in the story and most importantly, really entertaining. It seems Hugh is having almost a second career now, and I am here for it. Also, I really loved the fact his character was gay, but it was never fully mentioned, it was just… let’s say more than heavily implied. But the movie never made it into a big, or even any, come to think of it, deal.

I can’t really think of anything, that would bother. I am not saying this film is the best movie I’ve ever seen. But you know this feeling, where you are missing something and only after getting that something, you fully realise, what it was? The Gentleman reminded me of that, how much I missed watching smart, gritty action/crime movies, with so many tiny details scattered throughout it. And on top of it, that signature dash of humour only Guy Ritchie knows how to write, to make it work so well, it never feels forced, and most importantly, it never goes for too long. He knows when to stop and get back to the story.

Overall, The Gentleman is here to remind us, how it’s done. How there still can be movies, that blend action, crime, and comedy so well together, you just sit back, relax… wait you can’t really “relax”, because you need that brain of yours to work, to put all the pieces together at the end. But I promise you, it’s not hard work and it pays off to watch this movie carefully, to appreciate the chaotic energy of life, how sometimes you just do something you don’t think is that big of a deal, only for that one thing to start a chain of events, that might either help or destroy you. That is what I mean when I say I missed movies like this because that is where Guy Ritchie makes this movie shine the most. The attention to detail, how something, that might seem like not a big deal, results in your film/story going differently altogether. I can’t wait to re-watch it and honestly, can’t recommend this movie enough.