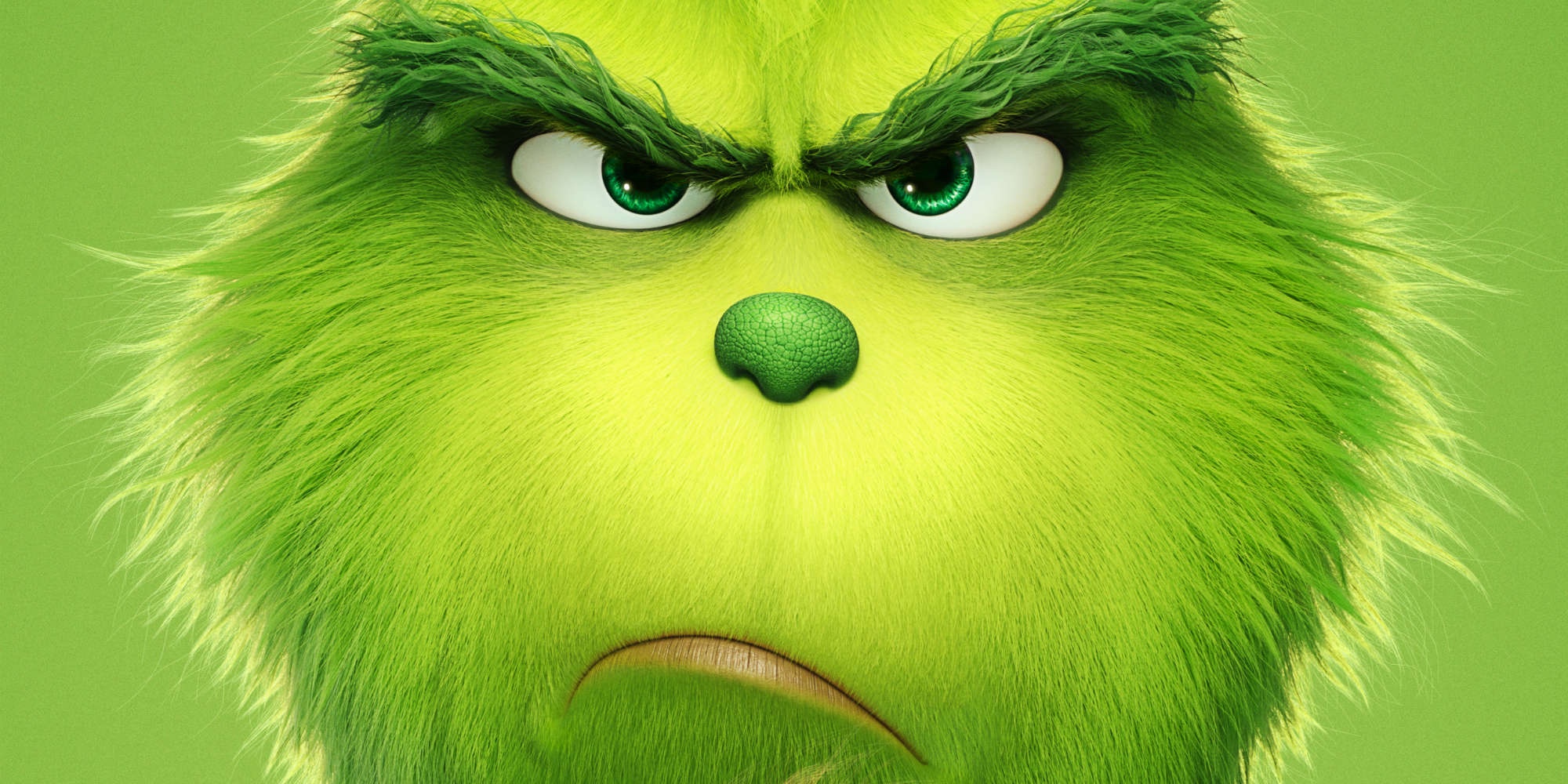 The Grinch is definitely one of the better movies that came out of Illumination Entertainment. Yes, the studio behind the Despicable Me trilogy, that had also given us minions, and not just the annoying yellow creatures, that somehow became the template for all of your “cool” auntie’s memes (if you don’t believe me, google “Minion memes” and hate me later) but also the movie called Minions (2015), that is somehow slightly better rated than this movie…? Which I do find strange, as you can clearly tell by the animation (and partially by the “humour”) that they are done by the same studio, yet The Grinch at least tries to have a bit of heart to it, whereas Minions… is just a film, that’s one punchline joke. But on that some other time (hopefully never).

Don’t get me wrong, this movie isn’t miles better, not at all. It’s slightly better, as the voice casting is great (from the main character voiced by Benedict Cumberbatch, to Rashida Jones and to top it all off, we have a narrator who is no other than Pharrell Williams) and as I have mentioned prior, it’s trying really hard to have a heart, and a feel good message towards the end. Unfortunately, this being a classic tale, you can obviously tell where everything is going, therefore we can only judge this movie based on the way it presents the story and… I don’t think there was anything new, that’s worth it in the long run.

What I mean by that, is it feels exactly the same as the How the Grinch Stole Christmas (2000) except this one is animated and there is a subplot with the little girl’s mom being overworked. That’s pretty much the difference. It feels weird seeing almost the same movie, except it’s 18 years later and now, it’s animated. And that just seems really lazy to me. It’s almost like the people behind this movie had a conversation about doing something different, just for it to fell apart halfway through and they ended up realizing the first idea someone’s nephew said that one time, that is how random this feels.

The Grinch is not bad movie by any means, it’s just really forgettable. How forgettable, you ask? Well, it has been a week or so since I have seen it, and I can’t honestly remember much of it. I remember watching it, I remember sometimes laughing a bit, I remember thinking Pharell’s voice is really pleasant and relaxing and I also remember thinking the ending was slightly better, than the rest of the movie. Originally, I have rated it 3.5* (or 7/10 on IMDb), but writing this review now, trying to scramble my brain for any one particular scene, funny, serious, or anything in between… I’ve got nothing. Nada. Zilch. I can’t remember a single scene that would stood out to me. So I had to something I sometimes do, re-rate the movie after a bit of time has passed. As this movie might not be as unfunny, or average as Minions, but that’s a really low bar to climb. It’s like being grateful for only catching the “good old COVID-19” and not the new strain of it. Sure, I guess it’s better, but I would rather have neither.

Overall, The Grinch is a movie to watch, if you have kids. They will probably fall in love with it, you can catch a break and everybody wins. Unfortunately for this film, I don’t have kids, so I can’t rate it from that perspective. And from the enjoyment point of view, this movie is just slightly above the absolute average, and I think the main reason is the (voice) talent behind it. This holiday season, you can definitely watch something much, much better. Like the movie I will review this Friday… 😉