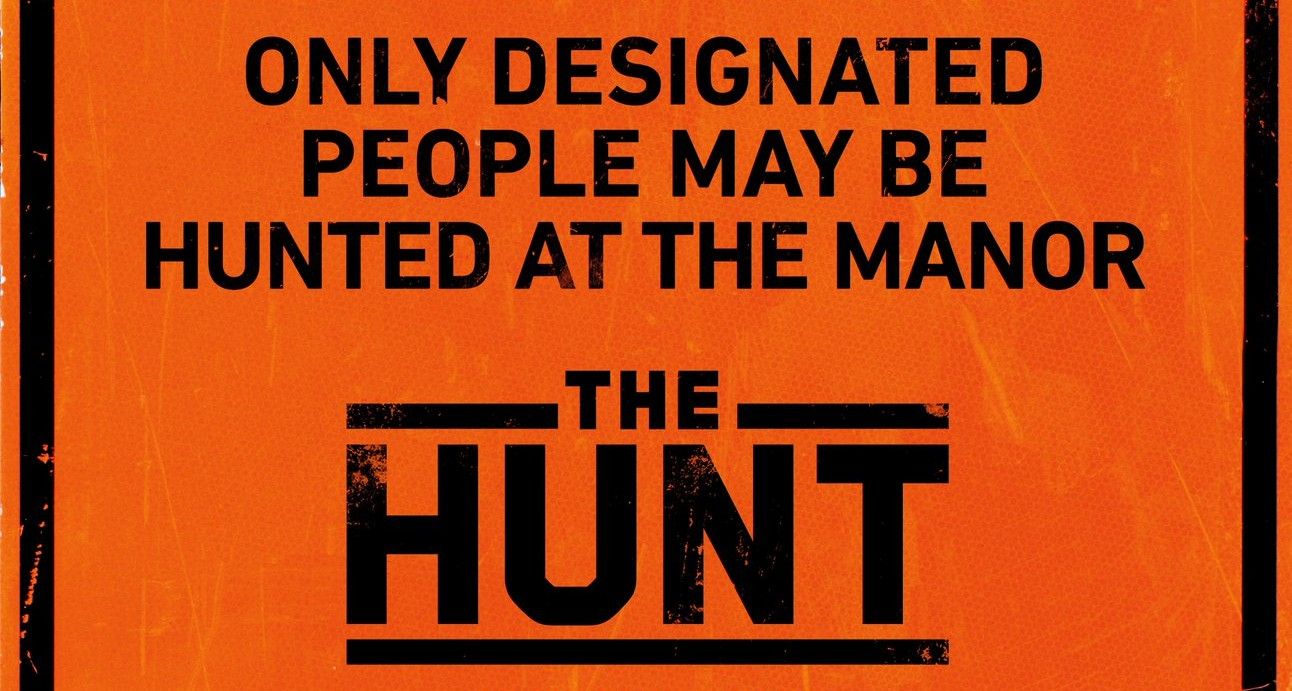 I can’t seem to remember last time a movie was considered as controversial as this one was. If you don’t know, ever since The Hunt has been announced, it’s been panned as it was the liberals hunting people, not the other way around etc. Then, it got pushed back because of mass shooting, then the pandemic hit… It seems like nothing was going this movie’s way. Which is a shame, as it’s a delightfully charming satire.

I have seen a few movies in my life, and the older I get, the more I appreciate a movie, that can surprise me in any way, shape or form. The Hunt definitely does that and more. Not only the premise is not what you might expect (after all, the liberals are not really the “side” known for loving guns or hunting) it also introduces you couple of big stars in the beginning of the movie (the only one I have recognised was Emma Roberts) just to pull a rug under you and have “gotcha” moment. It’s really hard to talk about this movie without going into the spoiler territory, so let me just say I did enjoy this film and I just wished they would’ve given us a bit more backstory to the very main character, and maybe established what happened right after the end. Having said that…

The element of surprise is definitely the main advantage of this movie. If you watch it the same way I have (not knowing almost anything about the story, or who the main character is) the first 20 minutes or so will be pretty wild for you too, as everybody you get introduced to, dies almost instantly, keeping you on your toes. From then on, the movie still finds a way to tell pretty simple story (not everything is black and white, especially when comes to people and politics, too much of one thing can be bad) in interesting way, where you just go along, hoping to get a bit more of news (but not those fake ones) about what is happening, who is behind all of this and why. Once you discover that, it is pretty funny and also sad, when you think about it.

I have not yet seen The Glow (2017 – 2019) so I had no attachment or prior knowledge of Betty Gilpin, but she can definitely act. Hers was the most intriguing character, as I do believe (and movie even gives you several clues about this) they have picked her up by accident, as you can tell she doesn’t “fit the type”. She is highly trained bad-ass, she’s obviously experienced with war and combat, she’s really smart… Without trying to hint at anything at all, the other people around her are definitely slightly different kind. But maybe that is the point, maybe she was “the correct one”, but they just underestimated her? Maybe her being this smart bad-ass, that is the message of this movie…? I did hope the movie would hint a bit more about who she actually was.

Having said I think this movie brilliantly displays America. Now, more than ever, seemingly 2 large groups of people with very opposing views, believing their group is the correct one and the other group is the devil are always fighting. Which is fine, but then guns enter the debate and this is where it gets slightly scarier. The movie illustrates quite well how that element just complicates everything, and how we (or at least Americans) should try to unlearn seeing other people as certain groups, with one being the correct one, and the other being the wrong one. This two party system sure is fun.

Overall, I did enjoy The Hunt more than I thought I would. The only thing that was missing for me was a bit more information about Betty’s character and I wouldn’t mind knowing what happened to her after she’s boarded the plane. Did she manage to get back home? Did somebody else wait for her at the airport, to make sure she can’t say anything about what she’s just been through? Would anyone believe her…? The more I am thinking about it, the more I believe this might make even better limited series. If you can put your own personal bias aside, I believe you should have a pretty good time with this movie.