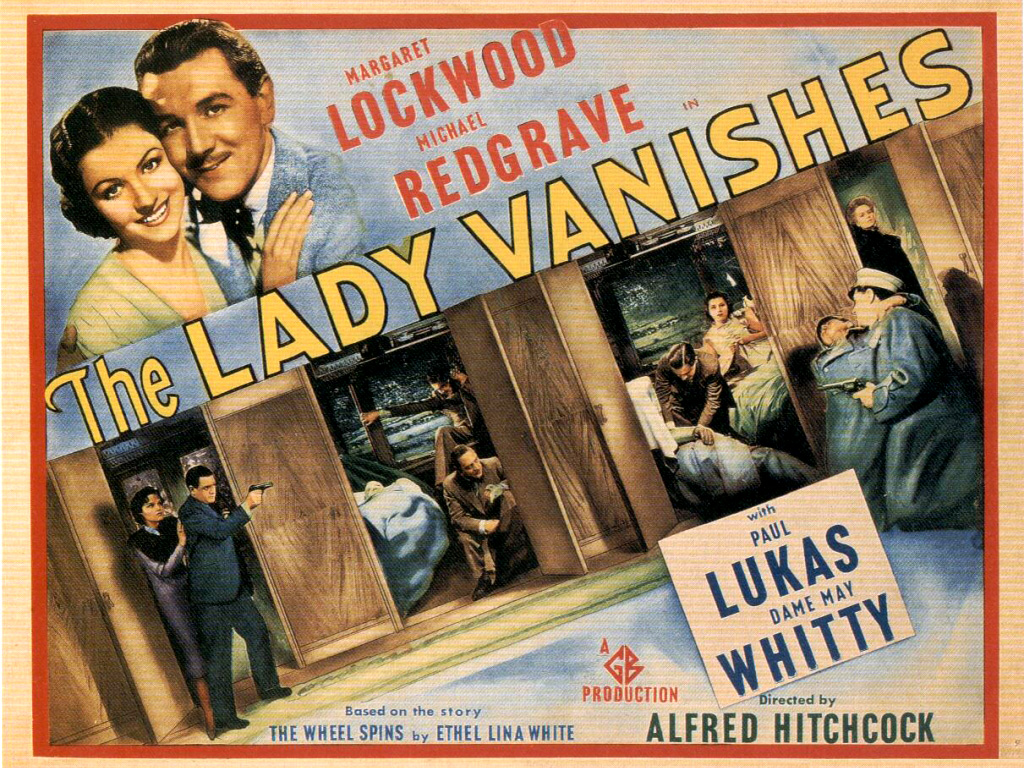 As with most older movies, I had no idea what I am going into. For the last couple of years, I try to jump into every movie “tabula rasa”, with as open mind and “blankest sheet” as possible. With newer movies, it’s more difficult as you might see trailers, or read news headlines about them that kind of give you some information. But with the older ones such as The Lady Vanishes, one of the most unsung movies from the master of suspense Alfred Hitchcock, it’s much easier going in not knowing anything about the plot, actors or the setting/style. And I loved it.

In a way, it’s the typical Hitchcock we know, where there is a sense of paranoia and it’s done really well that you’re not sure what is happening, for most of the time. In other way, the movie starts as almost a silly comedy, and it “switches” half way through to that paranoia. Now, plenty of times this happens, the movie can suffer for it, as the “switch” might not feel natural, or you might have been enjoying the comedy part more than the paranoia part. But with The Lady Vanishes, it felt like a natural progression for that story.

What also surprised me was a heavy political undertones throughout this movie, as there are (or are there!?) spies in this film, played by somebody you wouldn’t really expect to be a spy. The Lady Vanishes might be (albeit just slightly) ahead of its time, as I have seen a lot of spy movies, but until this one, I have not seen a spy movie, where the old lady turns out to be a pretty convincing and important spy. And yes, you could argue the main woman character who nobody believes she’s actually seen/met this elderly lady, is just a bitter reminder that women are to this day often questioned more than man, but she’s the main force in this film, and only because of her and her persistence, the movie is allowed to happen. Also, what is more satirical than two British men refusing to acknowledge anything that’s happening around them, only caring about themselves and a cricket game…? Yep, some things never change…

The only thing The Lady Vanishes faces is the same “issue” as To Catch a Thief (1955) (my review here) – even though I’ve really enjoyed this movie, it’s not as great as Hitchcock’s other work. But as we established with his previous film, that shouldn’t stop us enjoying his other movies on their own merit. Plus, this just illustrates how fruitful Hitchcock’s career was. When people talk about his best movies, it is mostly from the 50’s/60’s, the end of his career. But fans often forget he was making movies since 20’s! Maybe the fact this isn’t as known as his other work also comes in handy, as there isn’t any baggage with the movie, you just sit down, relax and let the film surprise you.

I would definitely recommend The Lady Vanishes for any Hitchcock fans out there and not only them. For anyone who likes a good paranoia film, where you get to guess what’s happening the entire time, mixed with some funny moments, that surprisingly compliment each other.