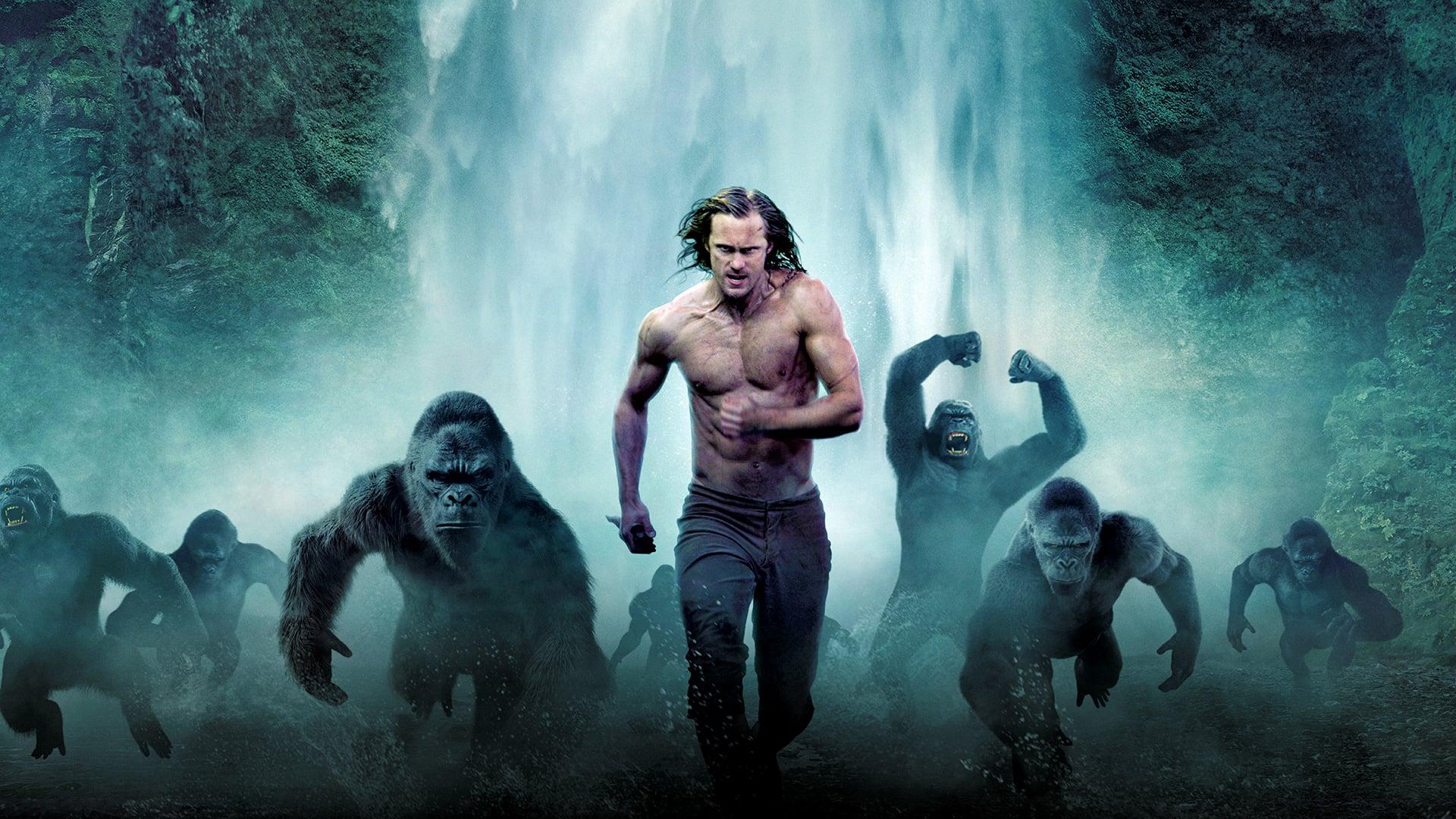 I have never understood the fascination with any Tarzan movies or the story itself. But people seem to be drawn to the idea of a person who was raised by the jungle/animals. That means every couple of years, we get another of these films. And they are pretty much the same, with minor differences, like the cast, how much CGI a movie can afford to use, how in shape the Tarzan should be and how badly will the movie age. To answer these questions in order – the cast is probably the best there has ever been, a lot of CGI, in fact, more the merrier, Tarzan’s abs should have their own abs, and who knows, as art is a reflection of its time.

The Legend of Tarzan is a fascinating film to me. But not fascinating, in the good sense of the world, more like: “Wow, it is fascinating that everything around the world seems to be bleaker than ever.” Because I had one question on my mind for the entirety of this film – how a movie like this, with everything going for it (top-notch cast, budget, creative people behind the camera) can end up being so boring? How do you make a movie about Tarzan and somehow make it bleak, boring, and so forgettable with the budget of $180 million?!

Let me start with the positives – the cast. That’s pretty much it. Alexander Skarsgård was trying his best with the material he had, and to his credit, he did the best he could. Plus, his physique was simply impressive. If everyone behind this film worked as hard as he had, this would have won all the Oscars. Even in the categories, it wouldn’t have been nominated. Margot Robbie is effectively wasted as an actor in this film despite all the efforts to give her character something to do. She ends up captured and becomes the “damsel in distress”. Her relationship with Alexander was believable, but I can’t give the movie any extra credit for that, come on! Two attractive people pretend they find each other attractive that must have taken all their talent. Christoph Waltz was fine, but he seemed to be stuck in his usual “I am Christoph Waltz, I only know how to play one villain type pretty well, so don’t ask me to do more.” mode. But we can’t say “what a waste of a talented actor” without mentioning Djimon Hounsou. This guy can’t catch a break. He is always type-casted as a villain or an African person. This movie went with the latter, and we are all worse because of it.

I had a tiny sliver of hope for this movie when I learned there is a… twist, maybe? The twist was that in this world (and this is no spoiler), Tarzan is almost a celebrity who needs to go back to the jungle to help out. The movie tricked me into thinking that maybe by having this caveat, they will sink their teeth more into the character of Tarzan. But no, they use it for next to nothing, forcing us to watch “Tarzan lives in London now” for a way too long, so we hope for the story to get back to its roots and get him to the jungle already.

What you (and I) have failed to realise is that instead of giving us some “nature porn”, where we could at least admire the scenery of Gabon (where they shot the film), what we get are some shots of Gabon, but mostly CGI. Because here’s the thing – it doesn’t matter if you shoot on location. If you go into overdrive with your CGI (and one that looks awful), everything becomes less impressive. I couldn’t even tell when CGI stops and “real nature” begins. And to make myself crystal clear, that isn’t a compliment. Sometimes, you get movies in which people behind them manage to blend both CGI and practical things (either effects or locations) to great avail. But most of the time, you end up with a movie like The Legend of Tarzan. Because the main hero is completely digital (when swinging), everything blends in together, and you are pulled out of the film.

Please believe me, I am trying desperately hard to find another positive about this movie, but I am coming up short. I had almost no expectations when starting this film, and somehow, the movie managed to disappoint me. Especially with the talent involved, the money spent on making this…

Overall, The Legend of Tarzan should and could have been at least a fun, entertaining movie. The creators tried to give this old story some spin, and the actors tried their hardest with what they were given. And yet, somehow, nobody wins here. I can’t imagine hardcore fans of Tarzan (I don’t know any, but I am sure they exist) being happy with this film. I can’t imagine your stereotypical moviegoing film lover being happy with this, and I am not happy either. This film is just a soulless blend of CGI, great cast and a shit ton of money that the studio could have put someplace else entirely.