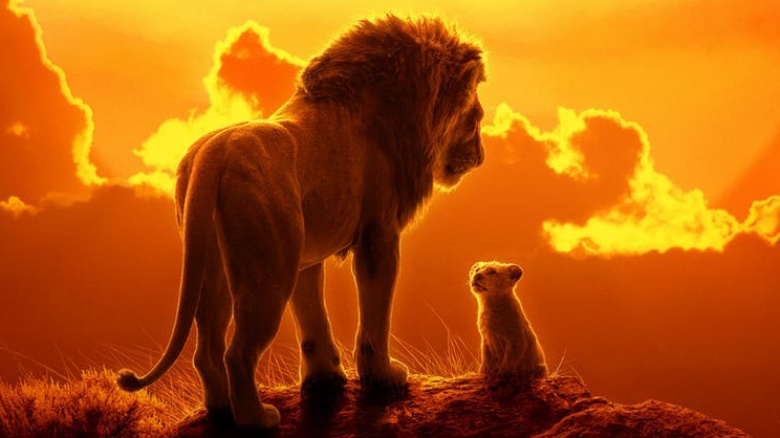 Unlike plenty of people of my generation (let me put it this way, in the year 2021 I’ll be as old as Terminator 2: Judgment Day (1991), so I’ll let you do the math) I didn’t grow up watching The Lion King (1994), I’ve only seen it when I was around 18 or so, as it was (and still is) considered one of the best animated movies of all times. And it was definitely great, I did like it a lot.

That’s why I’ve actually went into this movie full of hope, as I wasn’t as attached to the original film, I really liked what Jon Favreau managed to do with The Jungle Book (2016) (which I would still consider alongside Cinderella (2015), my review here, to be the best two live action Disney remakes so far) and the voice casting alone… I really was trying my best to like this movie and it didn’t happen.

Which is a shame, as visually, the movie is stunning. At least in the beginning – was I alone in thinking the longer the movie played, the worse the CGI has gotten? I mean, we’ve started with almost photo realistic looking animals and nature, but the ending looked kind of animated…? Maybe it was just me, but something about those night fight scenes didn’t sit well with me.

The main issue wasn’t retelling the same exact story, basically scene for scene, well at least not for me. For me, it was the fact that by making the animals so super-duper-extra-4K-great looking, they can’t really emote and the movie looses its magic. Don’t get me wrong, the animals (mainly the cubs in the beginning) did look cute, but mainly later on, you can’t really connect with them, as their faces aren’t usually as expressive as animation. You could probably make them expressive, but then it’d look really creepy, as we know (subconsciously), that animals don’t do that. And this is where The Lion King fell into its own trap – by trying to be The Jungle Book, but not realising why that worked and was (mostly) celebrated.

From my point of view, it made sense to remake The Jungle Book, as even though it was fairly beloved animated movie, plenty of time has passed, so the technology moved so much, when people had seen that, they were shocked, and they liked it. But the film still had a main character that wasn’t CGI. Whereas with The Lion King, there is “only” 25 years in between the original and the remake, and there are no human characters, so we are too focused on our beloved characters we knew from the original, where they were beloved because they animated them in that way, for us to fall in love with them. Unfortunately, you can’t CGI your way around that, as hyper realistic animals can’t emote and be as relatable as their animated counter parts. So anything these characters do, feels off, and you as a viewer, find yourself bored as you can’t really connect to anything on the screen, as everything just looks so perfect, you know it must be fake. It’s a bizarre trap to fall into, I am not going to lie, but the fact this movie looks as stunning as it does (at least for the most of it) is also its biggest downfall.

I thought the voice actors did a solid job, mainly John Oliver, Seth Rogen, Billy Eichner and Donald Glover were outstanding. The rest of the cast was fine, and I know it seems like it’s not a compliment, but it is, the issue with this movie isn’t its voice casting. You couldn’t really cast a better group of talented people.

Disney already announced another bunch of animated movies getting their live action remakes (the full list is here) – basically, within 10 years or so, we will get to the point that if an animated movie ever existed and was made by Disney, there will be a live action remake of it. We’ve gotten a bunch of the most beloved ones, and honestly…? As I’ve mentioned at the beginning, only 2 of them come to mind I would describe as pretty good movies in their own right. The rest of them do kind of blend into a mediocrity, where I honestly wonder what the breaking point will be – more precisely, which movie will be the Solo of live action Disney remakes, where they’ll loose so much money, they will be forced to re-evaluate their strategy, and make sure they bring their A++ game to every single live action remake. Something, that unfortunately is getting rarer to see with these, which is the most puzzling thing – they literally have money to burn, they can afford to hire the best in the game, and somehow, even the best people under the Disney “umbrella” are not performing well. Something needs to change.