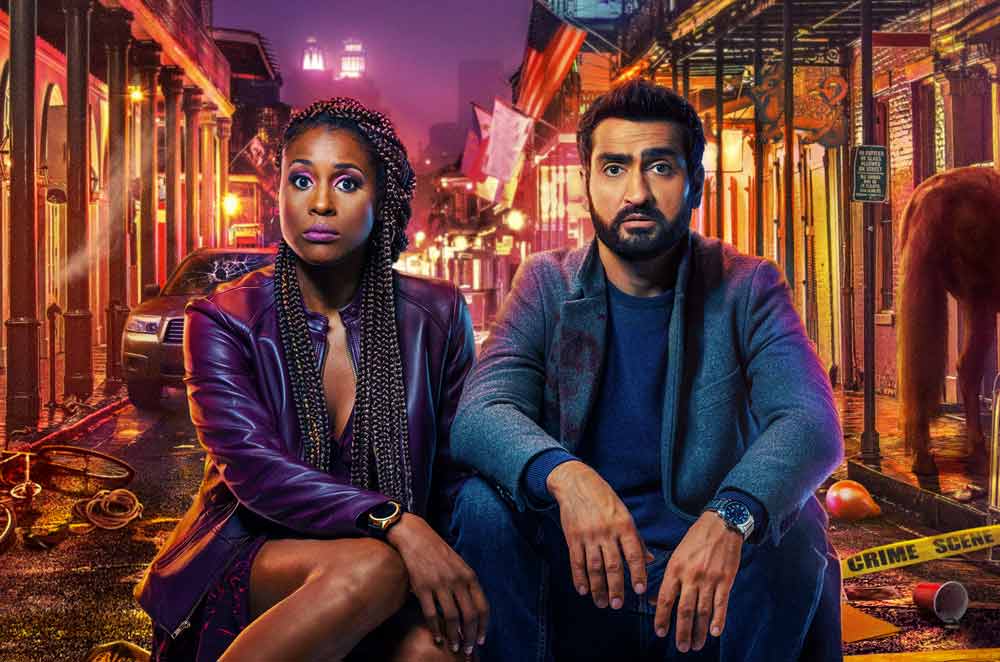 First of all, I hope you’ll forgive me for that bad pun, but it was there, so I had to take it. Second of all, there is a reason behind that pun, as The Lovebirds works in a unison, where Kumail Nanjiani makes the movie funny, but Issa Rae is the main star, who makes this the surprise comedy of this year (so far) for me, and elevates it.

The Lovebirds starts as almost a drama about a couple, who we see fall in love, just to watch them couple of minutes later breaking up. I, as almost always, had no idea what this movie was about, so when the movie turned into a murder mystery, I was perplexed and slightly annoyed I have to say, as I was interested in their relationship and wouldn’t be opposed exploring it in a proper, heavy drama.

That obviously didn’t happen, as this movie is mainly a comedy, but along the way we do get to explore them and their relationship carefully and see, what’s happened between them, so my mild annoyance turned into me actually enjoying the ride. Plenty of jokes landed, the story might have been slightly over the top at times, sure, but I have found myself really entertained. I need to admit, until now, I wasn’t really familiar with Issa Rae at all. But after this, I definitely need to look into her filmography, as she’s the one who (at least for me) is the main star of the movie, and that’s difficult, as Kumail is great in this too! Not only he’s funny, but you understand his character really well and in some more dramatic scenes I thought he’s doing something, we don’t see from him as much. If he’s the heart of the movie, Issa would definitely be the soul of it, as if her character didn’t work, the movie would’ve turned into paint-by-numbers comedy, that wouldn’t stand out at all.

I honestly believe it’s mainly because of Issa, and the mix of charm, comedic talent and charisma she brings into this, the movie works and is memorable, as she’s a breath of a fresh air, something we don’t get to see (at least in a mainstream movie) every day. I do hope this will be her “coming out” party, as I understand she’s already famous, but I wish this movie will break her through to the mainstream audience, so the next time they will see her, they would know her name. I for one will remember that name, as I will be actively looking for it.

If you want to give this movie a chance, do it, but try to accept the movie on its own terms. The reason I am saying that is this movie currently sits on IMDb with 6.0/10, which is incredibly low. Either my standards are going down (which is totally possible) or people go into this expecting something else and have a problem with what’s actually on the screen. That’s something I’ll never understand, especially when comes to this movie, as it knows, what it is and it doesn’t pretend to be something else. It’s just a slightly crazy comedy, with some truths about relationships and one really insane night. Nothing more, nothing less. And that’s what I love about this film, it never feels out of place. On future viewings, my rating will probably be going even higher, as I have really enjoyed myself. Definitely a pleasant surprise.