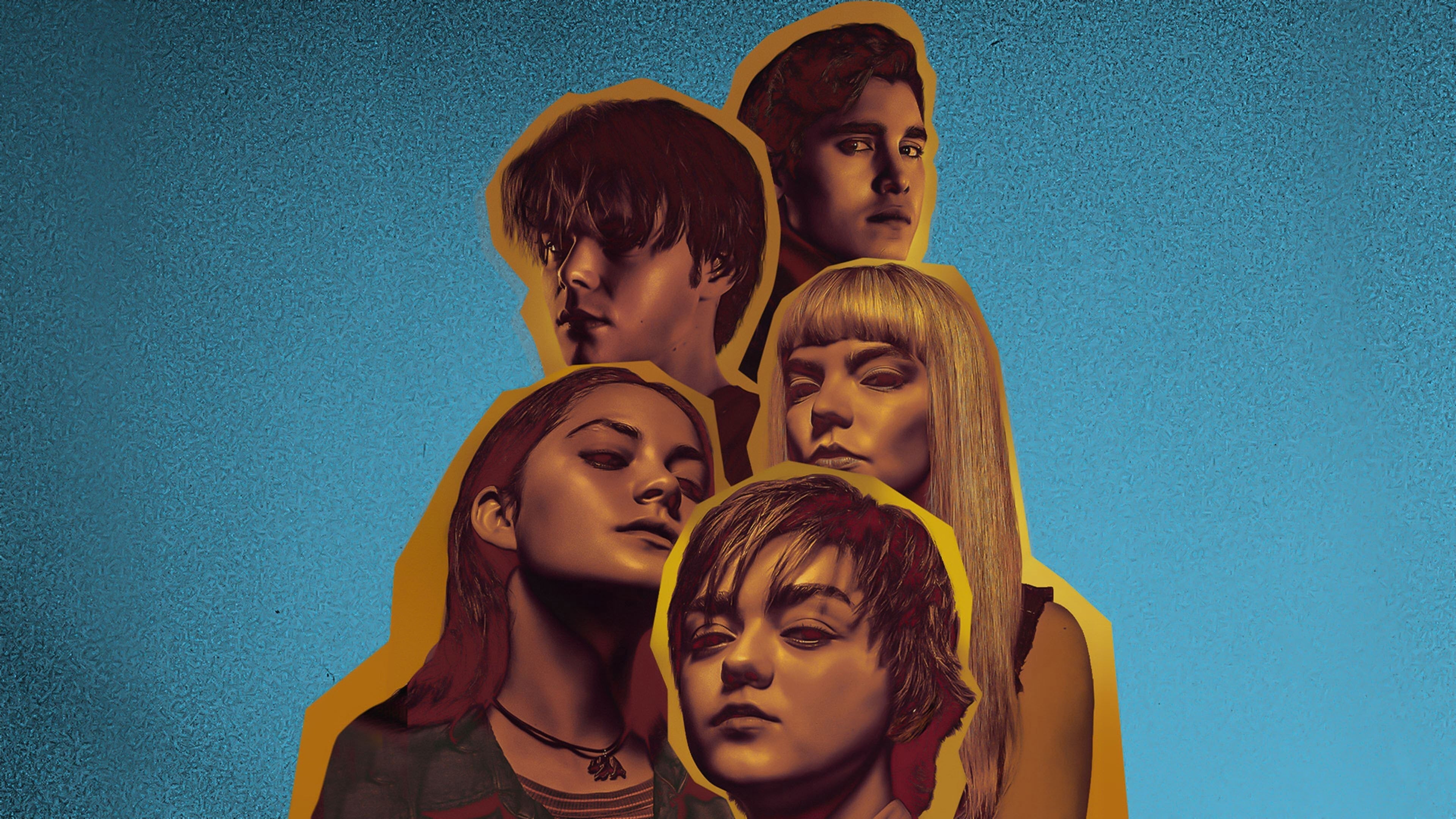 Finally, here it is. The movie, that got 5 (yes, FIVE) release dates, finally arrived in 2020 and after everything we’ve heard about it, how there were supposed to be reshoots, but the cast got “visibly older” (the movie was shot around 2017, if I am not mistaken) so it was re-cut a bit… talk about too many cooks making a stew. But the funny thing is, that usually is a death sentence for any movie, because every time you hear stories about test audiences not being satisfied, new release dates being implemented, you kind of expect a bit of shit storm. And this movie, while not great by any stretch of imagination, it’s actually not that bad. It is also not that great.

I find myself typing this a lot lately, but The New Mutants is yet another instance, where I can see the overall idea, the movie is based on being really interesting, but it didn’t translate that well to the movie itself. Respectively, the movie doesn’t know, what it wants to be. It’s blending genres like it’s nothing, but not everyone can blend them well enough to actually create a palatable film. It’s like when cooking a meal, just because you use 20 different ingredients with 15 various spices, that itself won’t make it a delicious dish. This film wanted to be teen angst drama, mixed with horror, mixed with X-Men universe on the side. The result is… all over the place. For a horror it’s not scary, it doesn’t know how to build up tension properly, so most of those “horror” scenes end up being laughable, rather than scary. The only decent example of getting really close to the horror element, the film desperately wanted to have, was the “Smiley Men” sequence, but even then the entire thing was over, before it started and the build up wasn’t quite there, so it “comes and goes” fast.

Let’s talk about the accents – they were really all over the place. There are 3 characters with strong accents – Anya Taylor-Joy with a Russian accent that was… ok at best? It wasn’t distractingly bad, just it wasn’t great. Then we have Charlie Heaton and something I like to call “the Kentucky fried accent”, that’s was really one note, but at least the accent seemed to be the same one throughout the movie. But the award for “the most distracting accent I’ve heard in a while” goes to Maisie Williams, and it’s not even close. I swear with her character, I was so distracted trying to place her where she was supposed to be from, it took me out of the film almost every single time she opened her mouth. Believe it or not, throughout this entire film, nobody actually mentions, where her character is supposed to be from. Only thanks to the IMDb’s trivia section, I’ve learned her character was meant to be Scottish. As someone, who lives in the mighty Scotland for almost 10 years now, nah. I am sorry, I actually liked her character (more about that in a second) but Maisie went to some sort of bizarre “Tour De UK”, as at times, she sounded Irish, other times almost Welsh, and some other times English with Scottish influence. I am not a dialect coach by any means, but it’s been a really long time since accent took me out of the movie so much. At least Anya’s and Charlie’s were kind of constant throughout.

It was definitely a shame, because as I have alluded to before, I actually liked Maisie’s character. Wasn’t my favourite, but she was intriguing, I understood her backstory and minus the accent, I thought Maisie did a good job. My two favourites from this film were Blu Hunt and already mentioned Anya Taylor-Joy. Blu managed to be a great lead, I would definitely love to see her in more movies, as I thought she did the best with what she’s been given. But Anya seemed to be the only one, who tried and went for something. She almost seemed to be in a different movie from the rest of the cast, as she struck me as the only one, who kind of played more into the whole “X-Men” aspect of the film (could easily imagine her doing some cool things, as even her superpowers weren’t something generic, we’ve seen thousand times before).

By far the biggest issues with this film is its unevenness, when comes to the narrative. The script just jumps from one cliché element (killed my dad/killed my girlfriend) to another (girl, who acts all cool for school was molested and that’s why she killed 18 men), without having the length, or means to go any deeper beyond that. On paper, it sounds pretty intriguing, a low-budget superhero movie, that focuses on young people, who because of their powers, have been through some stuff and need to work their way through variety of issues. But it didn’t translate well onto the big screen, as it comes across as half-baked something, we’ve seen done before and better. Sometimes (actually more often than not) the simpler the better, is the rule of thumb. Not every film needs to combine/blend a few genres to work, if they just focused on the thriller/horror elements and went with hard R rating, this could have been pretty awesome. Unfortunately, what we’ve gotten was a mix of genres, which should work on their own, but mixed together, they just didn’t.

The one thing that swayed me for slightly higher rating, is how they dealt with one gay couple and didn’t make it into a big thing. I won’t tell who this couple was (even though while watching the film, you will know pretty much straightaway who I am talking about) but all I will say is – bravo. It didn’t feel tacky, forced or “we need to be inclusive for inclusivity sake, we need some gays in here, ASAP!” They dealt with them as with any other couple. Really liked that approach.

Overall, The New Mutants is a strange film. On one hand, after some many delays, some reshoots, plenty of jokes, how this movie will never come out, it’s arrived and I think it surprised me, by simply not being “as bad as we all thought”. Which is not a praise by any means, but it also feels slightly underwhelming. I always say if there is something I really don’t like, is a really average movie. Because I often forget them. Think about it – if film is great, you will remember it. If it’s bad, like honestly really bad, you will also remember it, it will stay with you. But average movies, at least for me, they come and go within a couple of weeks, where after a month or so, I won’t remember most of what happened in them. The New Mutants is definitely prime example – a really average film, that mixes a few different genres and the only thing, that saves it from even lower grade, was the genuinely great way they dealt with the one gay couple this movie had. It’s a shame we need to count that as a plus, as some movies still feel the need to pat themselves on the back for doing the bare minimum, and this movie deals with that like it’s nothing. If there is one element, other movies need to take from this one, please let that be it.