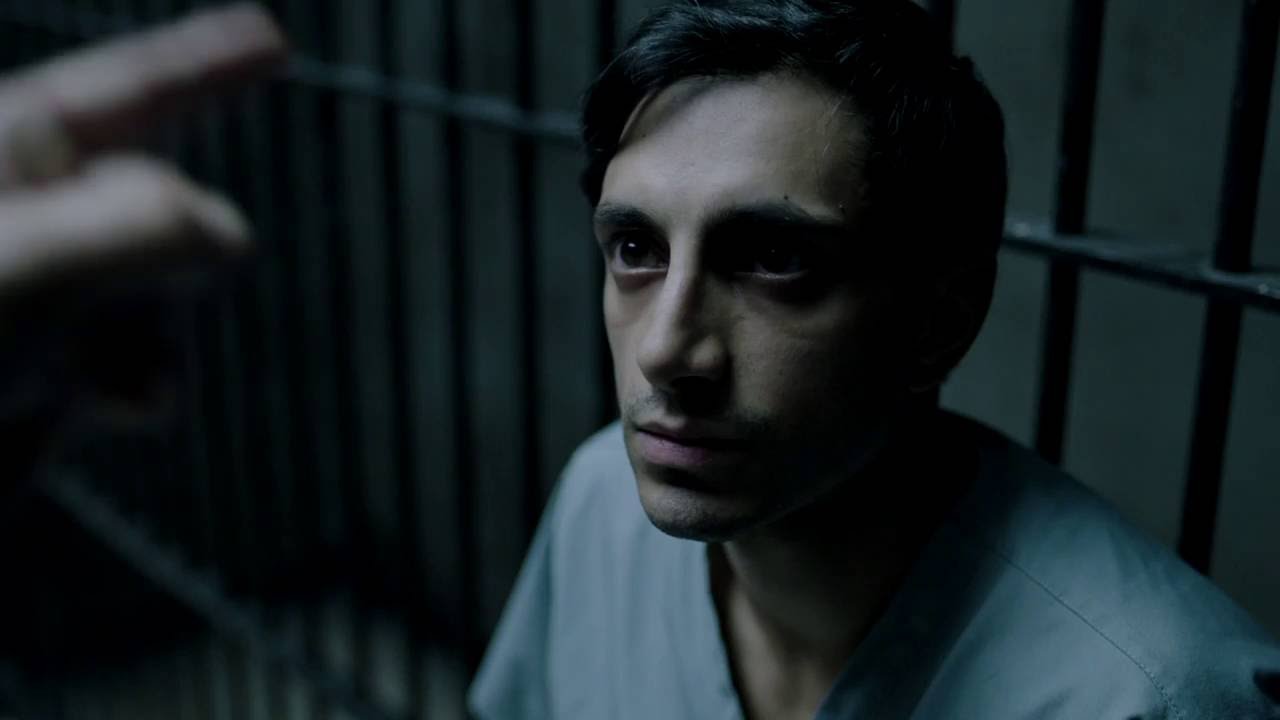 As I wrote in my post about Michael K. Williams passing (here), I was going to, finally, sink my teeth into The Night Of. The show I’ve heard people talk about when it was coming out, but ever since then, barely anybody mentions it. And I get it there is so much stuff out there things sometimes get forgotten about. Well, you better not forget about this show, or if you are like me, you better not sleep on it too, because you’d only be doing a disservice to yourself, as it is simply an excellent show through and through.

The Night Of is a limited series (or mini-series, if you wish) that has only eight episodes. That is the first win here – it’s not too short and not too long for the story it tells. It’s exactly as long as it needs to be for you to get familiar with the characters. And this is where this show brilliance lies – the character work. The choices the creators made how the characters are portrayed everything is without over-selling it, pure perfection. At first, I was surprised to see James Gandolfini‘s name as he passed away in 2013. But then I discovered that this has been “brewing” for a while, and he was supposed to play the role of John Stone, portrayed by John Turturro! How great would that be? But John definitely didn’t disappoint, but I will get to that soon.

It’s hard to talk about this show’s brilliance without going into some heavy spoilers. But before I do that, let me acknowledge the titular star and the heart of this show, Riz Ahmed. He was phenomenal in here. Every decision, whether it’s a smart one or a pretty dumb one (and this character makes a lot of each), makes sense given how Riz is portraying his character, Naz. I honestly hope Sound of Metal (2019, my review here) and his (well deserved) Oscar nomination for that movie finally allows him to “breakthrough” to be a big name because he has got it. You name it he’s got it. He’s immensely talented and is single-handledly carrying this show. If this show had nothing else going for it (and believe me, it does), you should watch it for Riz’s performance alone. With that being said…

I think The Night Of, even though it’s a great title, it should have been called differently – Making a Murderer. Or, if not murderer, at least a criminal (very least). It’s chilling how this show displays the system in its “full glory”, but at the same time, the show is not trying to make Naz into a saint. He’s made some dumb decisions (took his dad’s car without permission, did drugs and alcohol with a complete stranger, panicked and made himself look extra guilty), but we can safely presume he’s not an awful person.

Yes, he’s got his flaws, and as the show progresses, you hear more and more about them (prone to violence, even though he was provoked, selling his classmates pills), but it wasn’t until he was thrown in the system for something he hasn’t done, where his character skewed towards his terrible side. That is what The Night Of is about – the demise of one “kid’s” character, who might have made some mistakes, but he was thrown into jail to fend for himself. So everything he does from them on, he is doing because he is slowly losing any hope, he might win the case. But also because he wants to survive. So even though the show ends with him being cleared of his charges because even the jury is hung 50/50 and nobody is budging, he is most likely lost. He lost his way, his will to live; he started to use drugs regularly, and he distrusts his mum because deep down, she still believes her son could be a murderer. And that’s the thing – even though he is out of the system at the end, you see him and know that unless he gets some massive help, he will end up back in prison. But this time, he would have done it.

And I can’t remember whether I have ever seen a show or a film that would be this complex. As yes, we have gotten thousands of movies and TV shows from prison over the years. But I can’t think of any just now, whose main character is “a normal guy”. What I mean by that is, you usually see two stereotypes – either somebody who is almost a saint and makes one big mistake and ends up in prison or somebody who isn’t a saint and how they are trying to change or survive in prison. I think the closest, to a certain extent, was Orange Is The New Black (2013 – 2019). As that series comments on this issue too, but even there, they didn’t go as deep. Don’t get me wrong, it’s a brilliant show, and you should 100% watch it if you haven’t already. But given the fact they had so many characters, they couldn’t go that as deep as this show has gone. Because here, it’s easy to identify with Naz’s character. Yes, you might not be of Pakistani heritage, as he is, but everything else is unbelievably relatable. He’s just “a dumb kid” who has made some mistakes in his life, sure. But what he’s gone through and how he turns out at the end… that was rough to watch. It was scarier than many horror movies because it felt so real. You can feel “the light” that used to be in his eyes was no longer there at the end. And it will take a lot of hard work, energy and money to “get it back” if that is even possible.

And it’s not just Riz’s character who is complex. John’s character, the “bottom-feeding” lawyer, is also flawed. He does questionable things, he has his flaws, but underneath all that, he is trying his hardest to be and do good. It’s almost like a foreshadowing; what could Riz’s character look like in 20/30 years from then – if he does the work and re-lights that fire in his eyes, as they are very similar to each other. John Turturro’s character is miserable, dismissive, occasionally over the line mean guy, who almost always snaps back to being… not necessarily good, but neutral, possibly? He is trying his very best, and that occasionally doesn’t work as well, let’s just say that. And that is why he is so keen to help this “kid”. Because deep down, he can see he couldn’t have done it, but more importantly, he sees parts of himself in him when he was younger. And maybe he was thinking to himself that he would do something nobody has done for his character – reach out and try to help him. That is how I interpreted John’s character, as there isn’t much we know from his past. But we can see one thing – he is also killing it in this show. For my liking, Michael K. Williams had little screen time, but as with anything else, he didn’t waste a single second when he was on the screen. I need to repeat myself, but he’s gone way too soon.

The Night Of is also perfect in the sense that we don’t know who killed the girl. Yes, there is some strong evidence pointing at one person, but that’s never “finished” or confirmed. That might have seemed like a cheap move in another show, but when you have such a tight script, it worked. As when we see, what became of Naz, there are moments where even I doubted myself, whether he had done it or not. We never see the scene of the murder; we only see the aftermath, and all from Naz’s perspective. So in a way, the show puts you in a jury’s seat rather than the judge’s seat. Because it’d be easy to root for him all the way had we been shown what happened that night and who stabbed her. But then we would turn into judges. By not knowing for sure, the show makes you, the viewer, the 13th juror on the panel, and it’s only up to you to see for yourself and come up with your conclusion.

The other thing I have touched on briefly. The show displays brilliantly, how it must feel like to live as a minority (especially Muslim minority) post 9/11 in the USA. And the reason I know that for a fact, it’s a simple yet unfortunate fact. All the things people say and do to Naz’s family, once the news is out, about what “he’s done”, we have seen happen in real life. We have seen comments like “This reflects poorly on Muslim community.” or how people get death threats because of what somebody else who belongs to their religion/tribe/whatever has done. It showcases clearly, that you are not punishing just one person. by throwing them in jail. You are punishing their family and, in some cases, their entire community. And nobody should be blamed for anybody else’s actions. Whether or not the person in jail has done whatever they are charged with, it’s not their family or community that should be responsible for the actions of one individual.

And this is what I meant by the title of my review, “The Definition of Complex”. No matter how you approach this show, you can dig in deep and find many real-life things, real-life characters and most importantly – a reflection of our system. Of our mindset, way of life, punishing people. This show is not about whether Naz has done it or not; it’s more about everything else around it and how it affects more than just him. Bravo.

Overall, The Night Of is one of the best mini-series I have ever seen. I am now kicking myself for sleeping on this for way too long. And from now on, I will try to bang this show’s drum. Because I don’t believe it’s being talked about as much as it should be. Everything about this feels earnest, authentic, and because of that, uncomfortable. But sometimes, we need to face some uncomfortableness to open our eyes. To recognize there might be an issue or two with our system and how can we address it or, better yet, fix it. This show doesn’t offer you any simple solutions because there is no such thing. Any show that’s about an issue so complex won’t have easy answers. But that doesn’t mean we should stop asking difficult questions or looking for solutions. And yeah, Riz Ahmed and John Turturro are phenomenal in this.