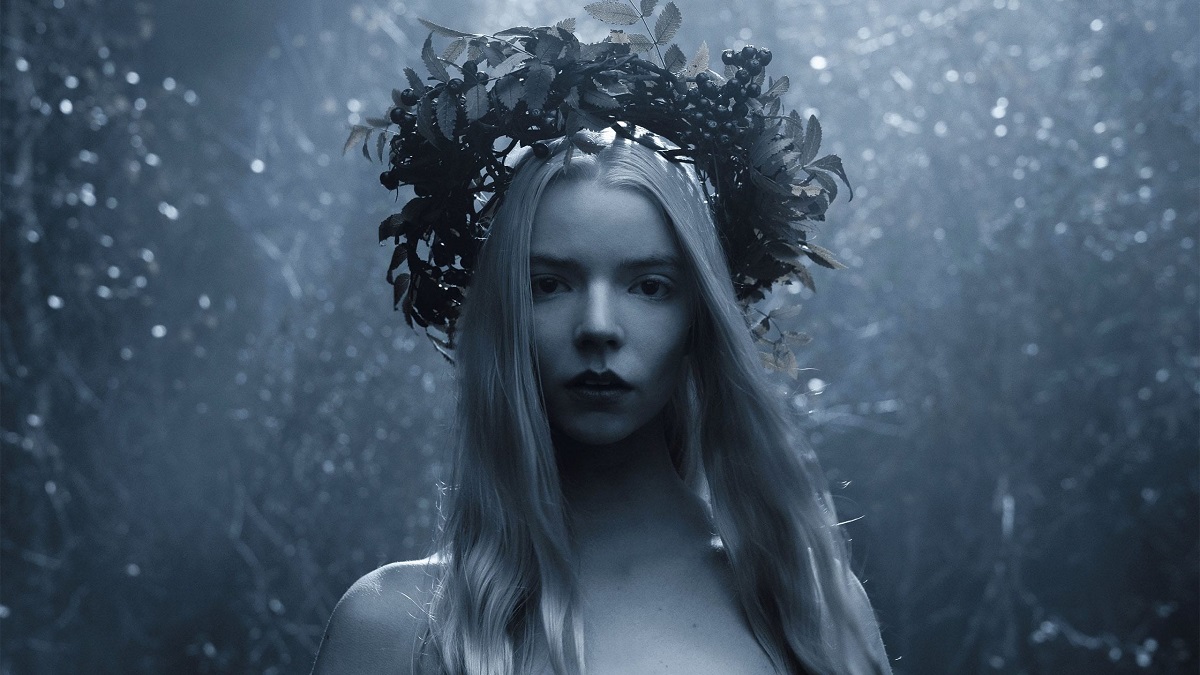 I wrote on this blog many times about “raw” movies. I have always described them as “going back to the basics”, where you just need a great story and decent actors, and the rest will “take care of itself”. And what is more “back to basics” than the story of Hamlet? That’s right; many know that the Shakespeare stole got inspired by the tale of Amleth from Gesta Danorum (History of the Danes). If you didn’t know that, welcome to the club; I had no idea before watching this movie too. And maybe that’s the reason The Northman works so well, and that story feels so natural in the Viking setting.

If it wasn’t for Everything Everywhere All At Once (2022, my review here), this would have been my favourite film this year (so far) because I admired everything about it. From the action sequences that are often long (or at least longer than what were are used to) and brutal. From the acting performances, where neither of the actors was afraid to be “out there”, to directing style of Robert Eggers, who has an eye for stunning visuals without sacrificing any of the movie’s integrity/logic. What do I mean by that? I believe any director can make a visually stunning shot, but not many can do it while incorporating those within the logic of the movie or scene. The perfect example of this is Zack Snyder. All his films have many stunning shots, and should you judge his movies solely based on those shots alone, all would be awesome. But when you see those shots within the film or scene, they often clash with logic, like Superman flying above the people reaching out for him to save them. It is a cool-looking shot that makes no sense – Superman wouldn’t have lingered over them; he would have saved them, no questions asked. If you don’t remember or don’t understand what I am talking about, see it for yourself here. And this is where The Northman comes back, and Robert Eggers must be complimented. This movie is full of stunning shots, but not even once was I pulled out of the film because they all made sense. It’s almost like Eggers lets the story tell him how it needs to be shot, whereas Snyder starts with something cool and shoots everything around that idea.

I loved my cinema experience and seeing such a simple yet powerful story told so well. The setting worked for me from the get-go, yet again something I need to attribute to Eggers’ direction. Everything felt natural, the action felt raw and brutal, yet it never felt forced or out of place. That can often be an issue, especially with historical films based on cultures known to be “a bit” on the violent side. And Vikings definitely have always been one of those I’ve learned in school, how they would ravage villages and conquer everything. Speaking of Vikings, is there anyone better suited for this role than Alexander Skarsgård? Let’s talk about the casting, and we need to start with him.

I already have made the joke about Alexander’s muscles having muscles in my review for The Legend of Tarzan (2016, my review here). Well, in this film, it seemed like those muscles have grown, entered puberty, went out, fucked other muscles and had muscle babies on his body because goddamn. If I looked 10% as good as Alexander did in this film, I would be so proud of myself. But this role wasn’t just about his insane physique; it was more visceral. When you watch his Amleth, you might be tempted to think he isn’t doing anything ground-breaking here because it seems pretty straightforward. I would argue differently; he had to be Shakespearean without leaning fully into that, plus he had to combine it with this animalistic behaviour. The result worked for me, his character seems “switched on” for his time, but you can always tell there is a wild beast behind those eyes who is seeking revenge and will go out of his way to make it happen.

Yes, both Ethan Hawke and Willem Dafoe are in this movie, but they both have limited time here, so they are always reliable but neither did something “outstanding” simply due to them not having more time. Who we need to talk about, however, are Nicole Kidman and Anya Taylor-Joy. Both are talented, amazing actresses in two very different roles. Nicole shined and wasn’t afraid to lean into the madness her character was consumed with. She has a monologue many people refer to when talking about her performance near the end of the film that is so on edge between genius and insane I would understand people telling me she was the best or the worst part about this film. Honestly, it was one of those rare moments you can read it any way you want – she either went full-on into this insane character, or she just danced too close to the fire and burned herself. I have been a fan of Nicole for the longest time, so it seemed perfect, but I might be biased.

Anya Taylor-Joy continues to impress me. Look, I am on the Internet and have seen all the jokes about her looks, even though I still don’t understand them. Does she look unique? Sure. Is that bad? Absolutely not she’s breathtaking. And what’s much more important here, she is proving time and time again she’s got talent. Her character (Olga) could have been one of those “I am strong because the screenwriter told me I am strong” characters, but no. Anya portrays her so well – you can tell her character is the smart one, and she is scheming (as that is what you had to do to survive), and because of her smarts, she is a strong character. But in all of Anya’s scenes, there was something behind her eyes where I felt the character knows she isn’t as strong; she’s “just” bluffing because she must to survive. And that was “the thing” that made her strong – standing up for herself, being smarter than most people in this film, fully knowing if you get caught scheming, that’s you done. I can’t wait to see Anya in more movies, mainly in the Furiosa (2024) prequel.

Another aspect of having such a brilliant director at the helm and another aspect of this film I want to talk about a bit more are the action scenes. I have already mentioned they are not cut to death as we are used to being, most were shot with long takes, and I always appreciate that. But there is another thing I haven’t seen mentioned that often – in this film, a few of those scenes take place in the dark (evening, night). And where a director who doesn’t know what he’s doing or is less sure of himself would use that to “cheat”, and we would see nothing except for brief flashes of butts getting kicked, The Northman delivers. I don’t think I was confused once; I always knew where we were, who was where and even the darker scenes were easy to follow. It feels weird complimenting a film for us not getting lost during fight sequences but let’s face it, we all know what I am talking about. Not many directors can do action scenes well anymore, either due to lack of resources, time, or both. Yet another reason to appreciate this film being made as well as it is.

Overall, The Northman isn’t anything revolutionary in its story. But its strengths are how the story is told and its cast. Everybody involved is doing their best the movie retells one of the most known stories of all time but does it so well you won’t care about knowing every twist and turn. I sat back and let myself get lost in that time period, and those 137 minutes flew by like nothing. Another mark of a brilliant movie is you never feel the time, and I have not once felt bored. So far, definitely one of the best movies of 2022 and I would be surprised if this ends up not in my TOP 5 at least.