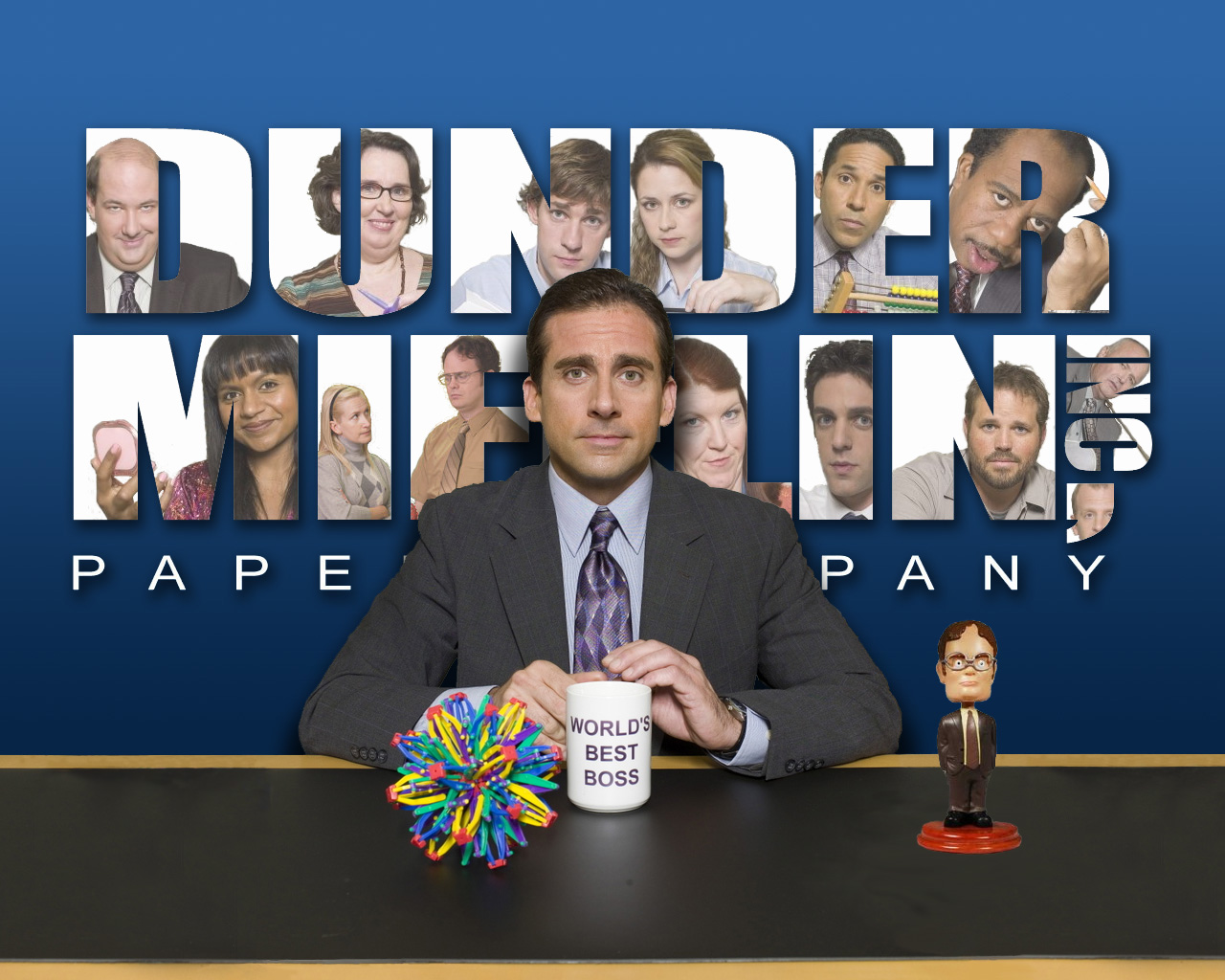 I feel like I need to start this review with a little backstory – I have seen the original (British) The Office (2001 – 2003) a long time ago, when I was much, much younger, so I don’t think I have appreciated the awkward humour as much as I do now. That was part of the reason I have never been interested in the American version of this show. But the more time you spend on “the Internets”, the quicker you learn how much this show means to “my generation” and, mainly thanks to Netflix, how many “new” fans The Office gained after the show wrapped up back in 2013, to the point where there is no doubt about its cult status. So I finally gave in and watched the entire thing.

The Office is definitely one of those shows, where you see (especially in the earliest episodes) how the culture (even though it only started in 2005, so not that long ago) changed when comes to what jokes were… acceptable? This area has always been a bit challenging for me to talk about, as I definitely believe in no lines, when comes to comedy. Because I think comedy has always been a great tool to “touch the untouchable”, to “mock everyone equally”. The smarter comedies definitely challenged believes, ideas and mocked everybody and everything (I mean, look at works of Monty Python (1969 – 1974 and their subsequent movies) and people often forget that when comes to comedies, there is a difference between “this show/joke didn’t age well” to character work. What I mean by that, is most of the inappropriate jokes in The Office come from Michael and/or Dwight, but there is a reason for that. Michael is supposed to be this borderline idiot, who can’t help himself being that way and Dwight is supposed to be a different “breed” altogether, where he has no filter, and he says it as he sees it, plain and simple, as that is how we was raised. So next time, before you read another “think piece” about how this movie/TV show didn’t age well, it’s worth recognising whether that’s true, or whether it’s more to do with certain character choices, who in real life, would say inappropriate stuff like that. There is a difference between trying to be edgy and making a point, trying to make character come alive.

When comes to the actual show, I can’t help but side with the vast majority of people, and say I also fell in love with it. Sure, the first season is rough around the edges (partly because the first season is pretty much remaking the original and it’s only from the second season the show is starting to stand on its own) and the last two seasons aren’t as great as the few prior, because of departure of one of the main characters (I knew who it was prior watching this show, as it was/is pretty much public secret, but just in case somebody has never heard about it, I won’t spoil it) but even those seasons still have plenty of great stuff going for them, so I can’t lower my overall rating.

As with any comedy show (at least nowadays), the key is your characters. If you make the viewers to fall in love with them, make them feel like these people are your friends/co-workers (even though deep down you know they are not) you have won the toughest battle. And this show definitely makes you love its characters. From the ones who are there from the start, like Steve Carell as Michael who is brilliantly dumb, yet caring when it matters, Rainn Wilson as Dwight does a fantastic job as first I didn’t like his character, but he ends up being one of your favourites, John Krasinski and Jenna Fischer aka Jim and Pam are definitely much better couple than Ross and Rachel from Friends (1994 – 2004, yeah, I’ve said, fight me! :-D) and I could basically name everybody else. But what this show does brilliantly is introduces you to new characters, who from the start, might not seem as interesting or funny, just for them after a while to “come alive” and you love them as much as the “original cast”, mainly Ed Helms and Ellie Kemper. I need to compliment mainly Ellie playing Erin, as her character could have easily been just an annoying stereotype of a dumb “secretary”, but she does so much with that role and her comedic timing is so on point, you just fell for her in no time and her orphan storyline is also touching.

This is what this show does really well – it gives every major character backstory, where it pays off in a long run. What I mean by that, is you don’t get your typical “oh this is a Pam episode” or “this is Dwight episode”. They always do couple of things here and there in each episode, and then connect the dots and once it falls in place, it clicks for you and you understand certain characters much better. So, eventually this show has plenty of character arcs throughout it, where the Jim from season 1 is different Jim to the one in season 9.. Plenty of comedy shows don’t do that with their characters, as it’s usually not a requirement, because we are not watching for the characters, but for the comedy, for the laughs. At least, that’s how it used to be, back in the “good old days” (but were those days actually good?) and yes, now it’s more of a standard for even comedy shows to do this, to go more into characters, but The Office does this really, really well. I will give you an example – Ed Helm’s character I really didn’t like, then I tolerated him a bit. Once he became a bigger part of the show and they slowly started to flush his character and gave him a backstory, you actually understood him and where he was coming from. And once you understood him, why he was/is the way he is, you can actually sympathize with him and like him, because you can tell he’s doing the best he can, with what his character had been dealt with.

As mentioned above, this show definitely has some weaker spots, mainly in its last season there are some character decisions, that almost ruin a few things, but they always manage to salvage it and again, even in the last season(s), you find so many funny things. That’s also a really important thing that I need to mention – you laugh every single episode. And I mean every episode, even if the storyline is weaker, or something is happening with one of your favourite characters that you might not agree with, there always are some killer gems/jokes hidden throughout the episode. I have seen a plenty of comedy shows in my time and only few have at least one A+ joke in every episode, and we are talking 9 seasons here! Not too shabby, my hat is off for the writers of this show.

I can definitely see myself coming back to this TV show in the future, and I understand why it became the cult it did in the past couple of years. The Office might seem rough around the edges at first, but if you give it a chance, you will discover, it’s quite ordinary. And as Pam said, there is a lot of beauty in ordinary things. Even if you end up not liking some of these characters, you will eventually learn to tolerate and understand them (in my case it was Angela). To me, that’s the thing about this show – it resembles real life, with plenty of these characters being so real, we knew them even before watching the show, because you’d probably met somebody as weird as Dwight in your life, as dumb as Michael, as dreamy as Pam/Erin or as cool/down to earth as Jim or Stanley. I will definitely visit this office in the future and unlike the real one(s), I will be looking forward going there again.