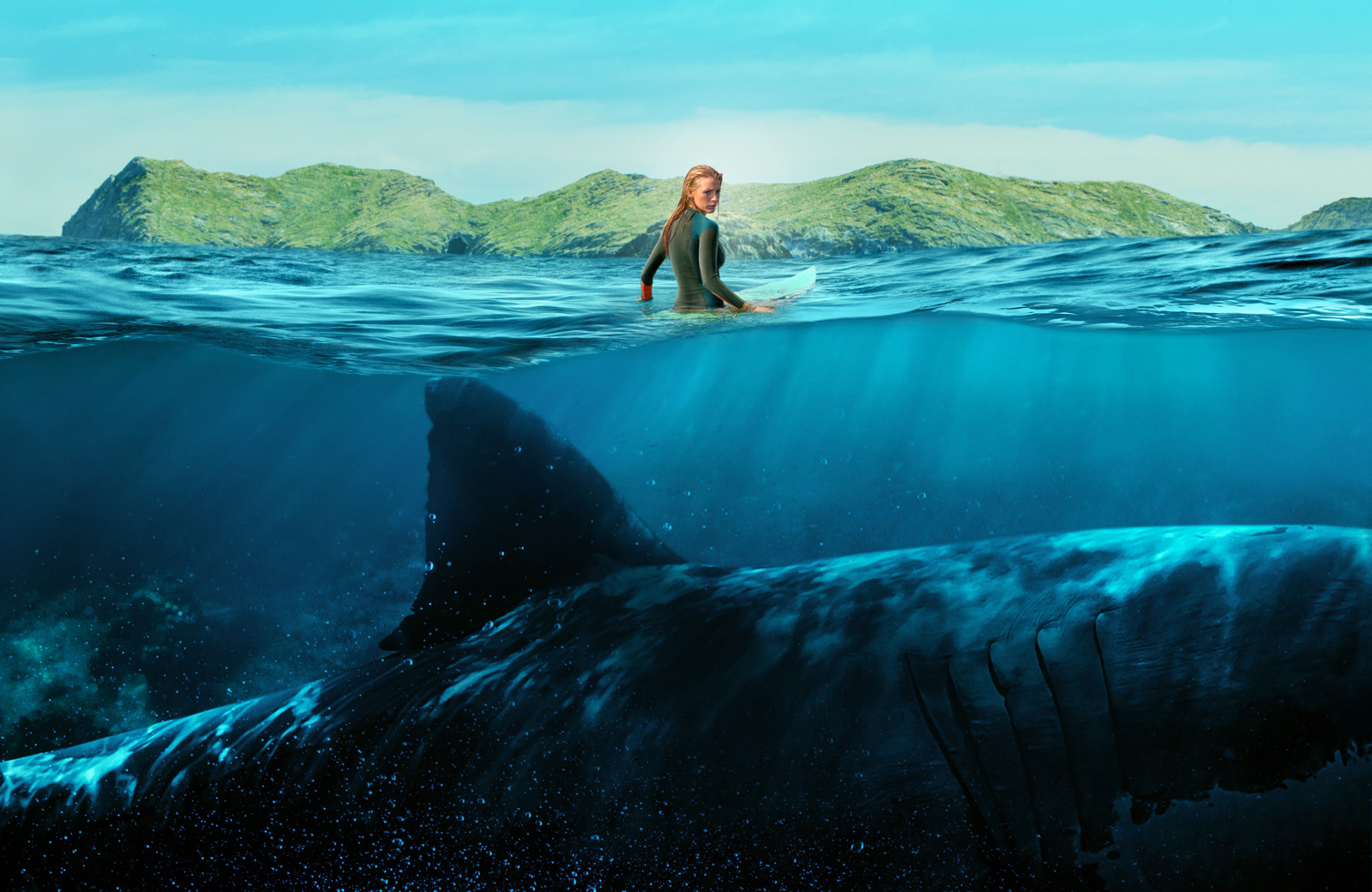 The Shallows is a fascinating film for me. Firstly I am not too familiar with Blake Lively as an actress. Sure, I have seen her in some movies, but it wasn’t up until recently in the film A Simple Favour (2018), where I have finally seen her as more than “the sexy one”. She rocked in that film (alongside Anna Kendrick), and I knew I needed to see more movies with her. Well, The Shallows is undoubtedly a film where she shines. And she pulls off something not too many actors could – being pretty much the only focus of the movie; she has almost nobody to share a screen with except a seagull.

The Shallows is as raw of a film as they come. There is a resemblance of a “B story” (Blake’s relationship with her family) but only barebones. That might sound like a criticism, but it is not, as the movie knows where its strength lies… well, at least for the most of it. The premise couldn’t be any simpler – imagine being stranded and injured far enough offshore, and a shark is circling around you. Not letting you do pretty much anything. Your phone is on the beach, and that beach? Yeah, “famously” unknown one, where only locals know where it is, so there is little foot traffic. And you know that nobody can help you even if they wanted to, because they wouldn’t know where they should start looking for you.

That is this movie in a nutshell. And for about 80% of it, I’ve loved it. I love when filmmakers go back and strip their films to bare bones. When they have one “basic” idea, and they execute it well. And when they hire the right people. Or, in this case, the right person. Yes, there are some other actors in this movie. But for the vast majority of it, Blake is on her own, with minimum lines. And I think she nailed it. It’s always challenging when you need to act without saying too much when you don’t have lines of dialogue to “hide behind”. It almost opens the actor up to be more vulnerable. And Blake is not only “not bad” to look at (translation – as if we needed another reason to envy Ryan Reynolds. Come on, you can’t be a funny, philanthropic, successful businessman and also form a great looking power couple with Blake alongside you that just isn’t fair. :-)) but she kills the role. You can tell how her character goes through stages of anger, denial and ultimately almost gives up any hope. You are on the journey with her (and her seagull friend Steven Seagull, which is unquestionably an excellent name for a seagull), and you can feel every bruise she’s gotten. You can feel when she is angry, sad or almost given up any hope, and it’s heartbreaking. To say I was impressed with her performance would be an understatement. And then, once I’ve learned that she was pregnant while filming this… my imaginary hat is off.

The movie itself worked for me until the very last 20 minutes or so. Because I get it, we have a shark movie, so eventually, you (as the director) feel obliged to show us the shark more and more, and of course, the main heroine should go toe-to-toe with it. Unfortunately, the movie’s budget didn’t support it, and the sudden (yet expected) shift to action territory didn’t work for me. I would have admired the movie more if it had the balls not to do that. Maybe a “chase” sequence towards the end, where we could see Blake’s character, with her last breath, would desperately try to swim while trying to keep the shark out of the way?

According to the IMDb’s trivia, one of the reasons Blake decided to make this movie was Ryan, who acted in a similar “minimalistic” film called Buried (2010). See for yourself:

Blake Lively was partly inspired by her husband Ryan Reynolds work in the similarly minimalist film Buried (2010), stating “that was one of the reasons why I wanted to take on this movie so much, because I know how tough that was for him and how rewarding it was.”

And I think by her admitting that it’s fair to compare them “like for like”. Because those movies are similar, to a point, and that is the ending. As Buried (a superb film where Ryan Reynolds showcases his talent. I would 100% recommend it, it’s worth the watch) had the balls to end the movie… without going into spoilers for that film, let’s say in not such a traditional way. And that is why it stuck with me. It’s been over ten years since I’ve last seen it, and I still remember it vividly. Whereas The Shallows I will remember mainly due to Blake’s performance and the unfortunate fact that they didn’t land the ending. I really wish the people behind this film didn’t feel the need to have an action sequence that effectively takes you out of something that (for me) was drama mixed with thriller. And it worked and was built up really well.

Overall, The Shallows is worth seeing. Especially if you are like me and you are not that familiar with Blake Lively as an actress. I can’t think of anything negative I would say regarding her performance. Blake, quite simply, shines and makes the movie. The film itself is a fine mix of drama and thriller that, for the most part, knows that simple = better. Then, for the last 20 minutes, it forgets this lesson and tries to give you an action sequence. And some people might enjoy it, but it took me out of the film completely. But other than that, I can’t recommend this film enough.