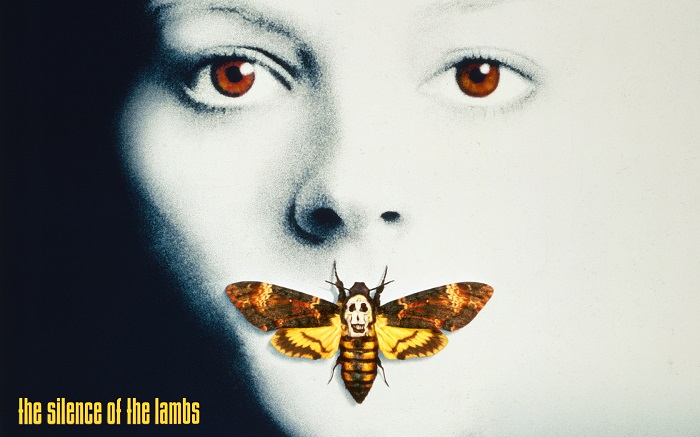 Until very recently, I’ve only seen this movie once, and it was at the time I’ve started to watch movies “more seriously”, so about 15 or so years ago. And even though I remember loving this brilliant film, you do forget a thing or two, so I’ve decided to re-watch it, just to refresh my memory and to see how this movie compares with today’s films. The answer is, it not only compares, but it’s still above… well, all of the movies of this genre.

The Silence of the Lambs succeeds even today, because it relies on good old fashioned suspension, that gradually (and more importantly naturally) builds up throughout the movie, so by the end, what is now the (in)famous night vision scene, you truly are on the edge of your seat, as you can almost feel danger lurking anywhere. It doesn’t rely on cheap jump scares (I don’t think there is one!) or over-complicated plot.

Another piece of this great puzzle must be the characters – this movie was so ahead of its time it’s fair to call it genius. Only now I’ve realised how several key scenes with Jodie Foster are clearly making a statement about woman being in that line of profession, how she’s almost always surrounded by guys, who because of her stature (short, slim) don’t take her too seriously, so in order for her to be heard, or to taken seriously, she must be better and tougher than most of them. Or how Anthony Hopkins inspired most of the “serial killers” nowadays, where they are almost always this all knowing entity, who’s always a few steps ahead of everybody, enjoys classical music and if you underestimate him once, if you slip up just by a tiny bit, he’ll take it and make that into an advantage for him.

There is another piece of why this movie still holds up as well and that’s the craft behind it. Jonathan Demme made sure most of the dialogues are almost always centred on the camera, so we feel more involved with everything. Because of it, we feel like Clarice is talking to us, or that Hannibal is looking right through us and thinking about what would we taste like (you’re welcome for that visual, btw). Also, and I might be wrong here, but I do believe this was one of the first mainstream movies to use the editing as a part of misdirection, when comes to what’s happening where. To be specific without going into spoilers, towards the end of this movie, we are following a SWAT (I believe they are SWAT?) team, who are about to break into what they believe is Buffalo Bill’s house, only to discover it’s not it. And the way that sequence is edited together… now, it’s almost a staple of any crime TV show, but I do believe (and again, don’t quote me on this) that this might be one of the first instances of this clever misdirection.

Yet another point – we tend to forget how much this movie influenced our pop culture. Not only we all know a few quotes from this movie, but if you think about it, how many TV shows from 2000’s onward, are really heavily focused on twisted, dark serial killers doing god knows what to their victims? How many movies and TV shows used the “let’s talk to this bad/evil/psychotic person in prison/mental institute in hope they’d help us solve this case we are not able to crack ourselves” aspect? Too many to count, name or write about. I’m not saying there were all influence JUST by this movie, all I am saying it if it wasn’t for this movie, we might not have a few tropes we know now.

The Silence of the Lambs is a true classic of its genre, who properly kick started careers of both Jodie Foster and Anthony Hopkins (I know both had careers prior, but this was definitely breakthrough) and established how well can story like this be told, without relying on cheap jump scares, CGI or anything else.

In conclusion, I will only say this – there are only 3 movies in the entire Oscar history, that have managed to win the “top” Oscar awards – Best Picture, Best Director, Best Actor/Actress (Lead) and Best Screenplay. It Happened One Night (1934) and One Flew Over the Cuckoo’s Nest (1975) were the only 2 movies, until The Silence of the Lambs joined them. Ever since then, no movie has managed to do it. I do sometimes wonder, whether we will ever get a movie, that would join these 3, as all of them are masterpieces in their own right. If you are one of the few people who still haven’t watched this movie, don’t wait and run to watch it.