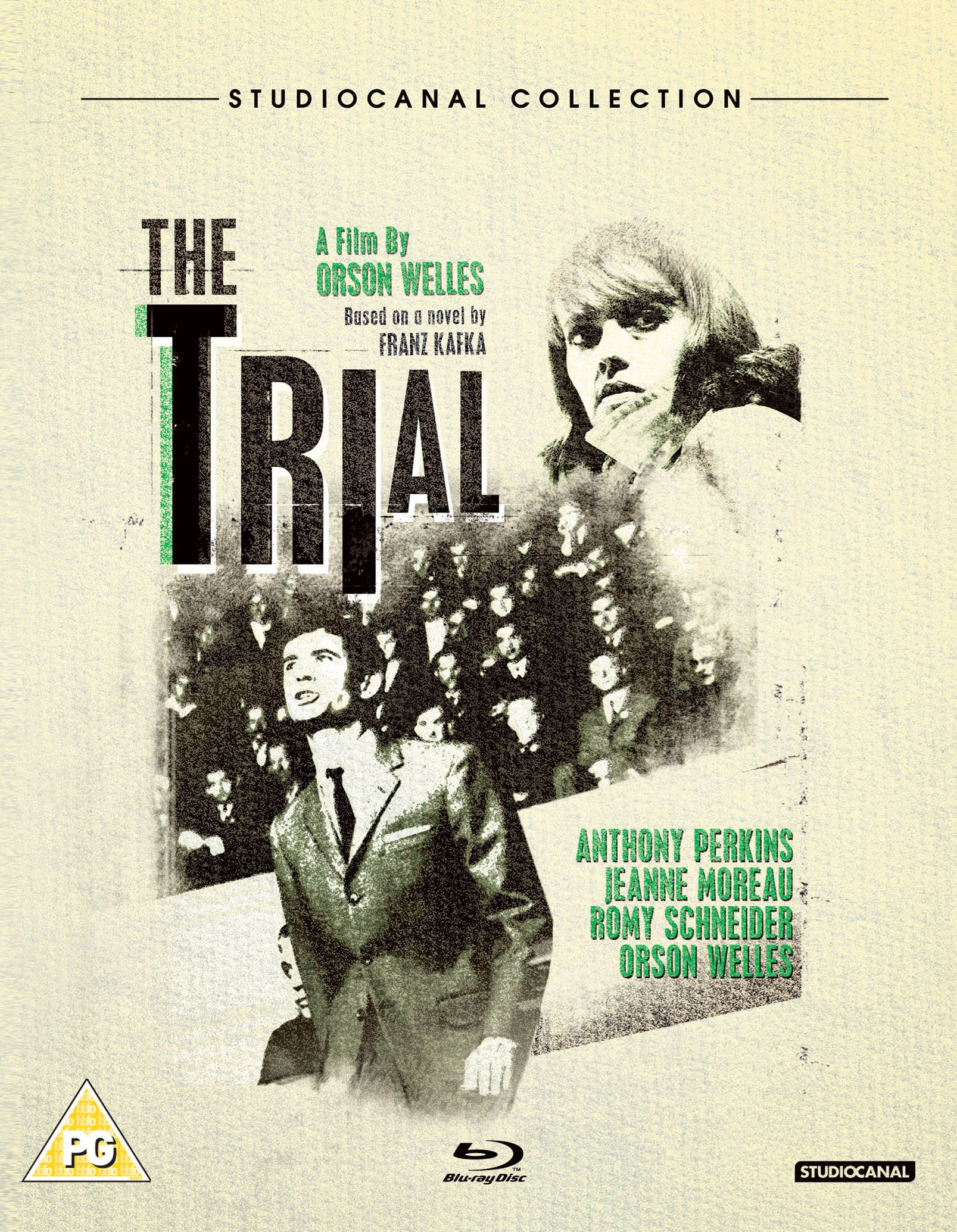 If you are not familiar with the works of Franz Kafka, I would seriously encourage you to read a thing or two about him before watching this movie, as The Trial is quintessentially movie based on his book, rather than a movie made by THE Orson Welles. What I mean by that is even though you can definitely tell it was directed by Welles as his unique director’s eye really compliments the insanity of the story, but it’s the insanity that ultimately seeps through this film, that you either accept and let if frustrate you, or don’t and you are in for a bad time, just as our main protagonist.

The Trial is everything but a conventional film, as it deals with a man, who one day wakes up to him being on a trial for… something. Nobody can tell him what did he do, nobody can give him more information. What I really liked is how you can see the evolution of Anthony Perkins‘ character (if you only know him from Psycho (1960) you should definitely watch this film to see he definitely wasn’t one trick pony, his performance is great!) as when the movie starts, he’s afraid, he wants to cooperate as much as he can, but once he realises the absurdity of the situation, he’s the pretty much the only one who stands up against “the system”. And that is ultimately the message here, if you don’t stand up for yourself, nobody else will.

This film might be one of the only ones I would recommend with a big caveat – get ready to be frustrated. And try (?) to enjoy it. As Orson does really well with the absurdity of… well, everything. Being on a trial and never knowing what for, trying to navigate the convoluted system that is setup for you to fail, the judges having all the power, therefore becoming the most powerful and most feared people in the system… Honestly, I don’t know how else would you go about filming something like this, as The Trial ultimately feels like a really bad fever dream, but you can’t look away, as you are hoping to crack it, to make a sense out of the nonsense presented to you.

But this movie is not just about the nonsensical story or great visuals, we can’t forget the casting! From already mentioned Perkins, to Jeanne Moreau and Romy Schneider, you can tell Orson knew how to pick his actors, as they all fit perfectly in this crazy narrative. Both of these actresses are strikingly beautiful, especially in the way Orson is shooting them… there was something about black and white, where some directors made it look so great, you won’t even mind the lack of colour.

The Trial is really hard movie to review, as it’s so abstract, so frustrating, yet so beautiful, it needs to be seen to be… understood? No, I’ve seen it and I am still not sure whether I got everything the movie wanted me to get. But do I regret the time spent watching this? Not at all. And I would hope you won’t either.