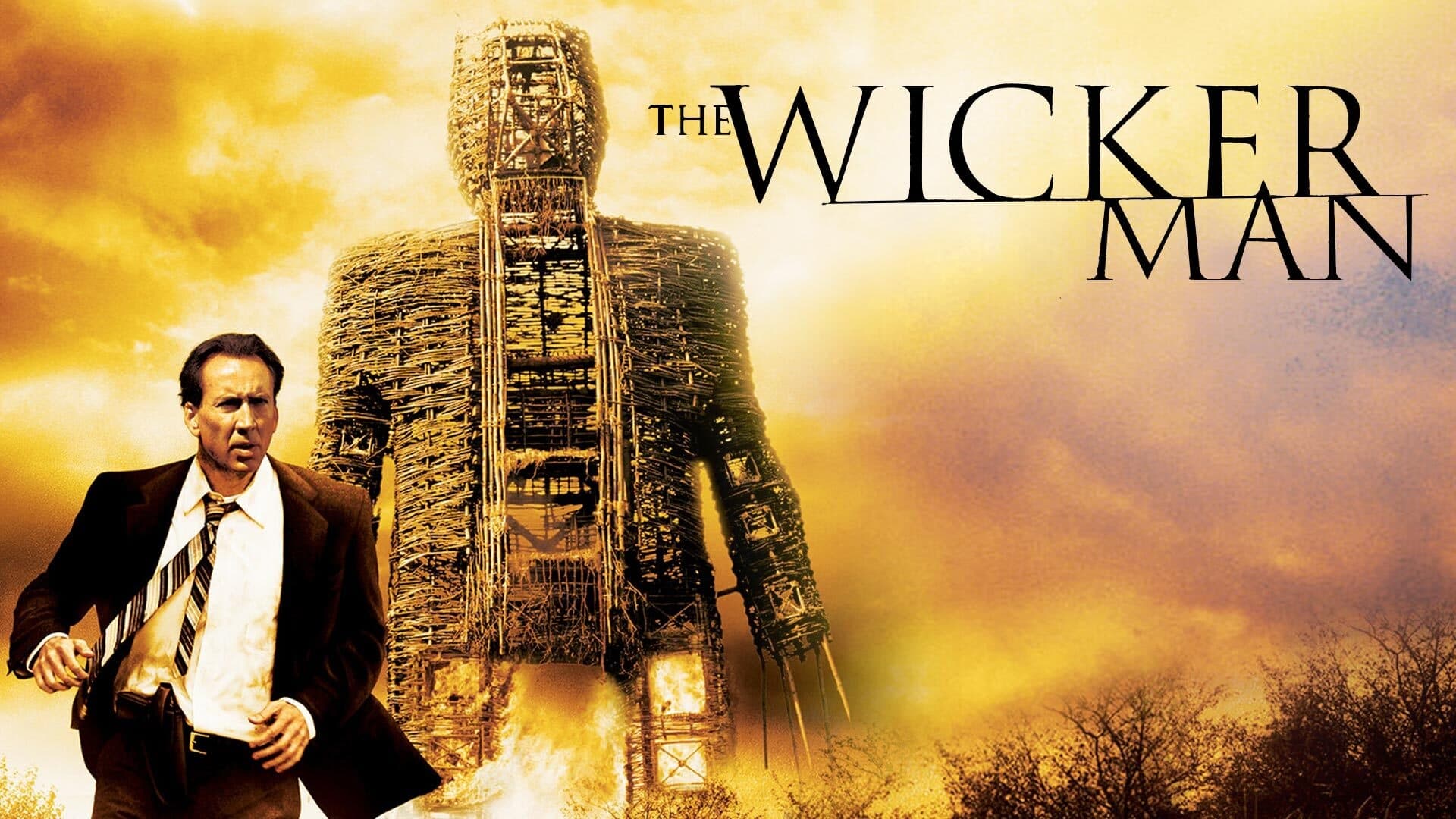 It’s been a while since I have seen The Wicker Man (1973), but I remember liking it. Yes, it was weird, creepy, and slightly all over the place, but there was this almost hypnotising beauty to it. Well, this movie seems like it was ahead of its time (a bit) and took it as almost a challenge to remake this film into something much weirder. Do you remember, a couple of years ago, there were (and to a point, still are) challenges for everything (cinnamon, planking, knife etc.)? It seemed like this movie went ahead and challenged itself that they could do a film that’s much weirder than its predecessor. Even though nobody wanted it, needed it or even challenged them…? And that’s how we got The Wicker Man. The myth, the legend of a film… for all the wrong reasons, unfortunately.

First of all, let’s address the Cage in the room. I mean, eleph… never mind, we all know. Even if you have never seen this film, you have probably watched the infamous “Not the BEES!” scene on YouTube. I know I had. And imagine my absolute disgust when I realised the awful version of this awful movie DID NOT have that scene? Yes, there are apparently two versions of this film, and somehow I have seen the one without that glorious scene? How is that even possible?

The Wicker Man is, to put it mildly, a terrible movie. And not because it’s weird or hilarious at times when it doesn’t mean to be (the flashback scene Nicolas Cage keeps having, mainly on the boat, is the most I’ve laughed in a while), no. It’s a terrible movie, because and I don’t say this lightly – nothing works here. The story drags on even though it’s supposed to be “mysterious”. Everybody’s acting dial is turned to 11, when the movie required maybe six, possibly seven at times. The dialogue is wooden. The camera looks off. And then we have Nic Cage. We need to talk about Nic Cage.

Look, I like him. I am one of those people who admires the choices he makes, even though they are often unconventional. I 100% agreed with him winning the Oscar for his performance in Leaving Las Vegas (1995) because I thought that even though, at times, it might have been “out there”, I believed him. But in this film, it’s like he’s not on the same planet anymore. It’s like he took some new drugs that transported his soul onto a different, parallel universe, and he made all the choices based on that skewed universe, where they might have made sense. But in our universe, his performance stands out so much movie fans often talk about Cage being awful, resulting in this movie being rubbish. But I would argue the film might be even worse, but somehow, Cage’s performance is so distracting we (the viewers) often forget how awful everything around Cage is, so he is the final nail in this coffin of a movie.

I go into every film trying to find something positive, to like it. You might have noticed that I often rate movies higher than other film people. But in this instance, I can’t do it. The only “good” thing I can say about The Wicker Man is, at times, you might find yourself laughing. But unfortunately, even that is wrong, as what you will laugh at wasn’t meant to be funny.

Maybe one more thing before I sign off – this movie made me realise how much I miss seeing Leelee Sobieski in films. As with everybody else in this film, she wasn’t great. But she’s always had this presence about her in every movie I’ve seen her in, and there is something mysteriously charming about her eyes; I simply can’t get over it. I know she’s retired from acting, but I hope she might reconsider and come back. There is simply something about her, even in this abomination.

Overall, The Wicker Man is a disaster masked as a film. If you want to see something unique, do yourself a favour and watch the original instead of this remake. And I am not saying that as somebody who would be “crazy in love” with the original either (it was a solid 3.5* for me). But this film… it’s honestly spectacular how every choice they’ve made was somehow wrong.