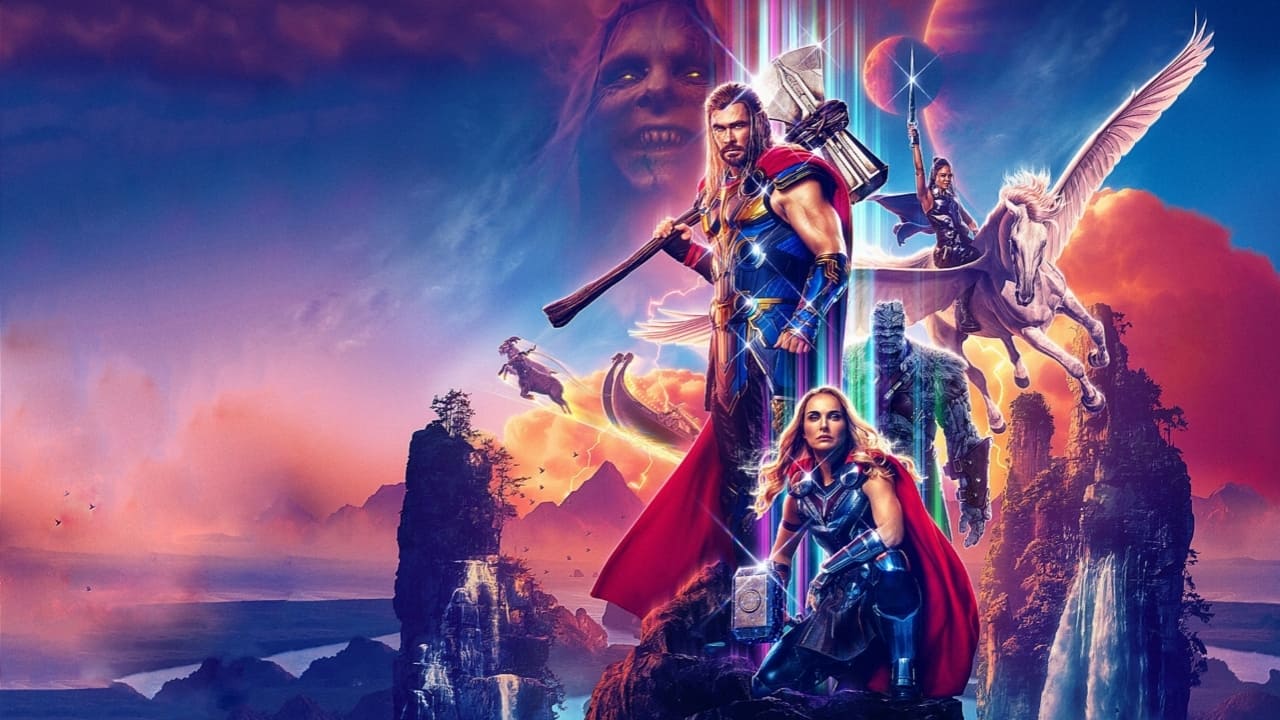 From the moment I saw the first trailers for this film, I had a feeling this might be one of the most divisive MCU films to date. Why? I think there are obvious reasons, such as fans having expectations of what this movie is about and then being disappointed when it’s just a “silly” film is one of them. But I also have a theory – with his previous Thor Ragnarok (2017), Taika Waititi brought his quirky sense of humour into the MCU. And ever since then, most MCU films and TV shows have tried to “replicate” it, so now, five years later, the unexpected became “tiresome” for many as it’s no longer a shock to see Thor being more comedic rather than “serious” film. The novelty wore off for many fans, and others expected something different altogether. I had a blast.

Let’s start with the positives, as those heavily outweigh the negatives. And first things first, Christian Bale nailed his role, as expected. You knew the moment he got involved that his villain would be in the TOP 5 of MCU villains easily (and to be fair, that’s not that impressive feat to achieve), and yes, he is. His Gorr is menacing, dark (well, grey-ish), and most importantly, is one of those “villains” who you could argue has a good point. And until he starts killing innocent people, you might even agree with where he is coming from. I liked how the movie started with him; we didn’t even see the Marvel logo until his Gorr got established. Nice touch, Taika.

Another thing I appreciated about this film was the return of Jodie Foster, I mean Jane Fonda, I mean Jane Foster aka Natalie Portman. And this is where I encountered surprise number one. From the promotional materials and posters, you might think her return to MCU might be something epic, something like a “handing over the torch” kind of deal, but no. I won’t go into spoilers, but every choice they made about her character surprised me, and I liked that. I know this is a “small victory”, but in this world, where stuff gets leaked all the time and trailers often give away the entire film, it’s nice to know some movies still won’t do the expected.

I also liked what they have done with the Guardians (and no, this isn’t a spoiler as they were featured heavily in all trailers). I hoped they would be there only for a tiny bit, and the rest will be a Thor movie, and that’s what happened. It was great to see them back for a bit; they made some jokes and disappeared before overstaying their welcome.

The most surprising thing about this film is that Chris Hemsworth might be one of the funniest comedic actors of our generation…? Even the jokes that fell flat for me (and there were a few, I won’t lie); I could somehow get behind because you can see in Chris’ eyes (and those fucking muscles) how much fun was he having. Chris is too distractingly buff and handsome to be this funny. I feel like because he’s the “stereotypical” muscle guy (and let’s face it, Thor is all about having those arms), many might not realise how great Chris actually is. And in the last two films (and some other non-MCU films), Chris proved to be a great comedic actor. And no, before you point out the obvious, Men in Black: International (2019, my review here) was an awful movie, but he was not the issue with that film. You can tell he loves Thor and was all in, no matter what craziness was happening on the screen. I wish somebody would write a great comedy for him because he is (at least in this department) still criminally underrated.

A few issues I had with Thor: Love and Thunder – as mentioned above, some jokes fell flat. And for a movie that seemed to have “pause for laughter” scenes included, it occasionally felt a bit awkward watching it in the cinema where nobody was laughing at them. What I also thought was a bit disappointing; was the ending and how Gorr reached his conclusion. Without giving anything away, let’s say I thought the movie was heading towards a surprise ending. Where you think the main villain is after one thing, only to discover he is after something else completely, but it wasn’t until Thor “put him on the right track” that the movie went with that ending. I thought it would have been slightly more poignant if Gorr ended up where he would have, but because of his decision, as that was his ultimate goal, not because of Thor’s speech.

But other than that, I enjoyed this balls-to-the-walls blockbuster more than I thought. And I don’t know why. Thor was never one of my favourites, yet something in this film clicked for me. Maybe it was the fact except for a few tiny things, Thor: Love and Thunder is a standalone movie. You don’t need to watch every MCU film/show to understand what is happening. Sure, it helps at times, but I could imagine even an occasional MCU watcher wouldn’t get lost watching it. As the film has a clear beginning, middle and end that is as self-contained as a franchise spanning almost 30 movies and several TV shows can be at this point.

Overall, Thor: Love and Thunder was a delightful surprise. I went in expecting nothing except to laugh and have a good time. And that is (more or less) exactly what I got. Bale is amazingly menacing, the film is beautifully quirky (if you told me they consumed many different hallucinogenic drugs on the set, I would have believed you), and most importantly, I was entertained for the entire runtime. If you go into this film expecting to understand where the MCU is headed, you will be disappointed. This film is just a good old-fashioned (almost) no-stakes fun. Sometimes, it’s not enough, but in this instance, I liked it.