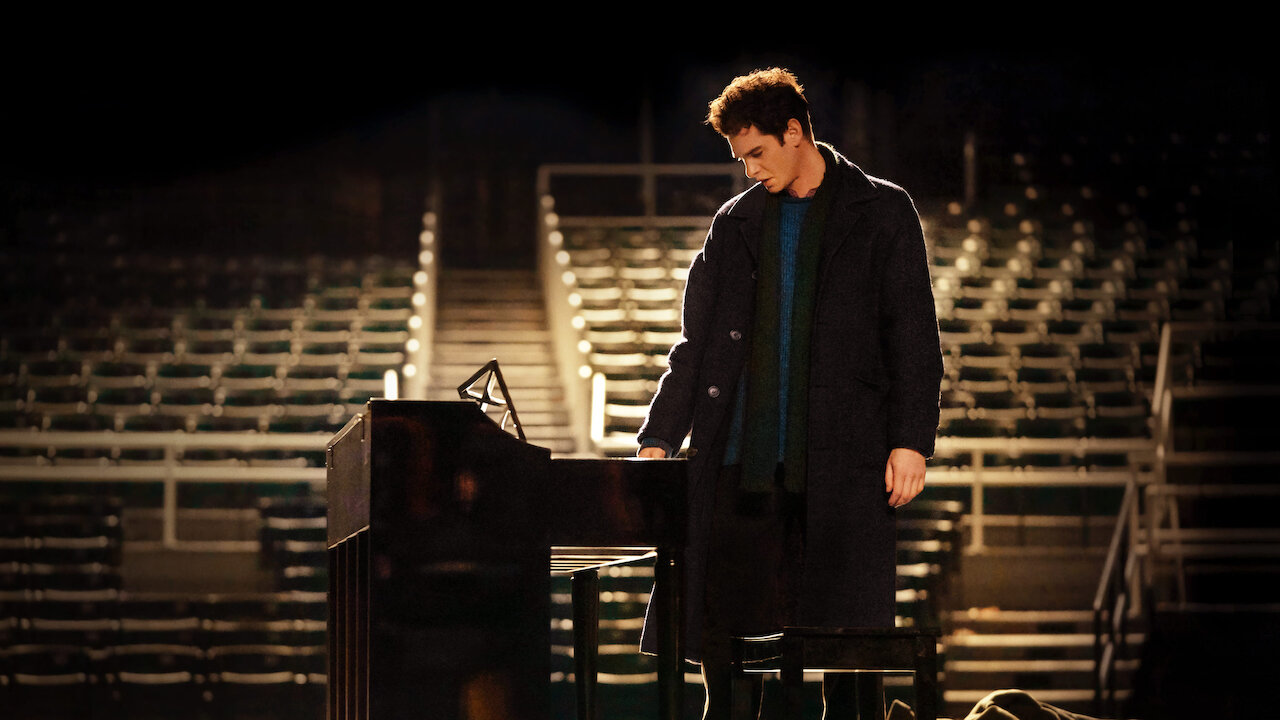 I have an almost love/hate relationship with this film. Because I absolutely loved it until it started to go up against itself with the story presentation. If you have seen the movie, you know we effectively see what I would call a stand-up routine, which is pretty much narration but dressed differently. And that is the element of this film where it either works for you or doesn’t. And for me, that was the key part of this film, where it worked about 70%, and for the remaining 30%, I felt we as audience members would have been much better not seeing/cutting back to it. As sometimes, it broke the tension of some scenes. But, this is a great feature debut for Lin-Manuel Miranda.

tick, tick… BOOM! wears its heart on its sleeve, and that’s 100% a good thing. I appreciate it when movies not only know what they are but also announce themselves from the first minute. And this one lets you know instantly; what you are in for. But, at the same time, you might not realize how much of that stand-up/narrating you have signed up for. I am saying that I understand that this stand-up element would be one of the biggest reasons why this film worked for so many people; and all power to you. My issue with such a persistent narrative device (which this stand-up routine was to let us know how Andrew Garfield‘s character is feeling at all times) is that it gets used too often. And that, in turn, made me think, on occasion, like Lin-Manuel doesn’t trust his audience to almost feel for themselves.

I know that wasn’t his intention and that he (probably) trusts them, but there were multiple scenes where you knew what was happening/what was about to happen because, you know, you are watching the film, only for the movie to cut back to Andrew’s character that will spell it out for you. Again, I understand so some people, this approach worked. For me, it was, as mentioned before, a 70/30 split. I would say in the majority of the film the stand-up enhances it. But mainly with dramatic scenes (him arguing with his girlfriend portrayed brilliantly by Alexandra Shipp), it didn’t work. Because we see him hurting, and we know why they are fighting. We didn’t (or at least I didn’t) need the “let’s cut back to the stand-up, to make sure even the slowest ones understand what is happening in this scene” crutch. I get why it’s there; it’s theatrical. It also honours Jonathan Larson’s play, and it’s cool and all, however… I can’t help but think that Lin-Manuel has managed to fall into one of the most “obvious” traps when adapting some existing material (video games, books, musicals, theatre etc.) into a movie form. He was trying to force everything to fit that “original” form.

I firmly believe that is why we have never had a truly spectacular movie based on a video game. Because often enough, filmmakers tried to copy most video games elements “just because that’s what the source material is” without accounting for how would those elements look/feel on the silver screen. And same goes for theatre/musical – just because something works on Broadway doesn’t make it an automatic winner for film adaptation because movie and theatre are two different beasts. Now, more than ever, filmmakers do realize. But tick, tick… BOOM! still somehow managed to fall into this. Funnily enough, what this film should have done to succeed was pull back from that, ever so slightly, don’t disturb the flow of those dramatic scenes where the audience should be invested in the fight between our main characters. And trust your audience that they get what is happening without “Andrew unplugged” showing up every five minutes.

Since I’ve already mentioned both, let’s talk about our main duo. Andrew was rightfully nominated for an Oscar for this role, as he gave everything to this role. I can’t imagine what else he could have done because his performance felt truly raw and vulnerable, and that’s not an easy thing to do, considering Jonathan Larson is portrayed as “a bit” of a dick in this film. Maybe it’s just me, but I liked that about this film where what I got from it was he was a musical genius who obviously was a few decades ahead of his time. But the film didn’t shy away from showcasing him as “dickish”, for lack of a better term, to people around him. And sometimes, it was clearly portrayed intentionally rather than “well, that’s just who he is/was”. But I didn’t mind that no person is a monolith, we all have some good and some bad in us, and Andrew Garfield managed to make me root for him. As to Alexandra Shipp, I knew she was a stunning and talented actress, so that isn’t news. But what I didn’t know; was how well she could sing! There is a song where Andrew, Alexandra and Vanessa Hudgens sing all together (probably a highlight of the film for me), and I had to pause the movie to double-check whether it was Alexandra singing that part. I knew Andrew had singing lessons beforehand, and Vanessa is a singer but Alexandra… damn. Talk about a triple threat, a stunning, talented actress and an incredible singer. Hollywood, please get her to star in… everything?

This film will be fascinating to re-watch as it definitely has moments you think to yourself: “Yep, this is a 5/5 movie.” Only for the film to lose some steam in the second act. And again, the stand-up schticks could have been used much more sparingly. But part of me wonders whether, after multiple re-watches, these “problems” might disappear, as I have enjoyed this film and felt the energy coming through the screen for the most part. tick, tick… BOOM! is 100% one of those rare films I immediately wanted to re-watch to see how much I would (or not) enjoy myself, knowing everything I know now.

Overall, tick, tick… BOOM! is worth your time. You have one stellar performance by Andrew followed closely by one superb performance by Alexandra (and that’s only because she doesn’t have as much screen time as Andrew’s character, for the simple reason that this film is about him). The movie is charming, energetic and has phenomenal music throughout it. The only things I could hold against it would be the over usage of the stand-up routine that, at times, would disturb the flow of the film and the second act loses some steam before the third act picks it up again. But I would still recommend this film. And for a directing debut, Lin-Manual did a fantastic job; I can’t wait for what he will direct next.