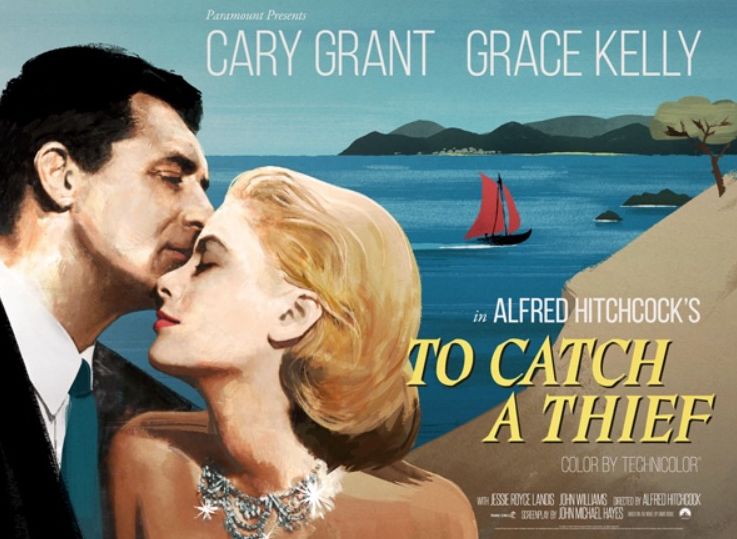 First time I’ve watched this movie, I thought it was good, but given Hitchcock’s other movies, I thought this must be one of his “lesser” movies. Well, my girlfriend is really into Grace Kelly right now (can’t really blame her), so I thought I’ll show her this movie and that’d give me a chance to re-watch it, to see whether I might notice something I could have missed the first time.

Truth be told, I don’t think I have noticed anything new, but I did enjoy the movie a bit more the second time around. I don’t remember the cinematography being as stunning my first time watching this movie, so that immediately struck me. The other thing that caught my attention – the age difference between Grace and Cary Grant didn’t bother me as much, as with Rear Window (1954) and the age difference between her and James Stewart in that movie. I don’t know why, maybe Grant (even though he looks significantly older) aged better than Stewart…? But somehow, they worked for me slightly better, as a “couple” and it was more believable for Grace to want Grant, as even in this role, 50 years old, he was still charming.

It’s a bit unfair comparing To Catch a Thief to other Hitchcock movies, as he’s effectively trying to “take a vacation”. What I mean by that, the movie isn’t as serious as the movies that are considered to be his masterpieces, so we shouldn’t put this film next to the likes of Psycho (1960), Vertigo (1958) or The Birds (1963) as they aren’t in the same league, because they were never supposed to be! To Catch a Thief is an enjoyable summer movie about, who can serve almost as a commercial for France and even the greats can take a holiday every once in a while.

What I found a bit hilarious and I guess you could count as “sign of those times” was Brigitte Auber‘s character, Danielle. It wasn’t anything about her or her performance, it was more about everybody around calling her “a kid”, “child” etc., so I had to check my trusted adviser IMDb and not only she wasn’t a kid (which was quite clear from the film) she was full 4 years older than Grace, who was supposed to be “the mature woman”, as a contrast to her character…? I don’t know whether I was more amused than confused, but then again, those were different times…

To Catch a Thief is definitely worth seeing, as it’s nice, “light” entertainment, with great main actors and stunning cinematography. The only thing this movie has going against it, is the man who made it, and the incredibly high bar he set with some of his other movies. But if you judge this movies on its own merits, rather than the director’s reputation, I believe you should enjoy this film. Especially in COVID-19 times, it’s great seeing a nice, sunny beaches, with people on them, not worrying about whether somebody next to them might infect them.