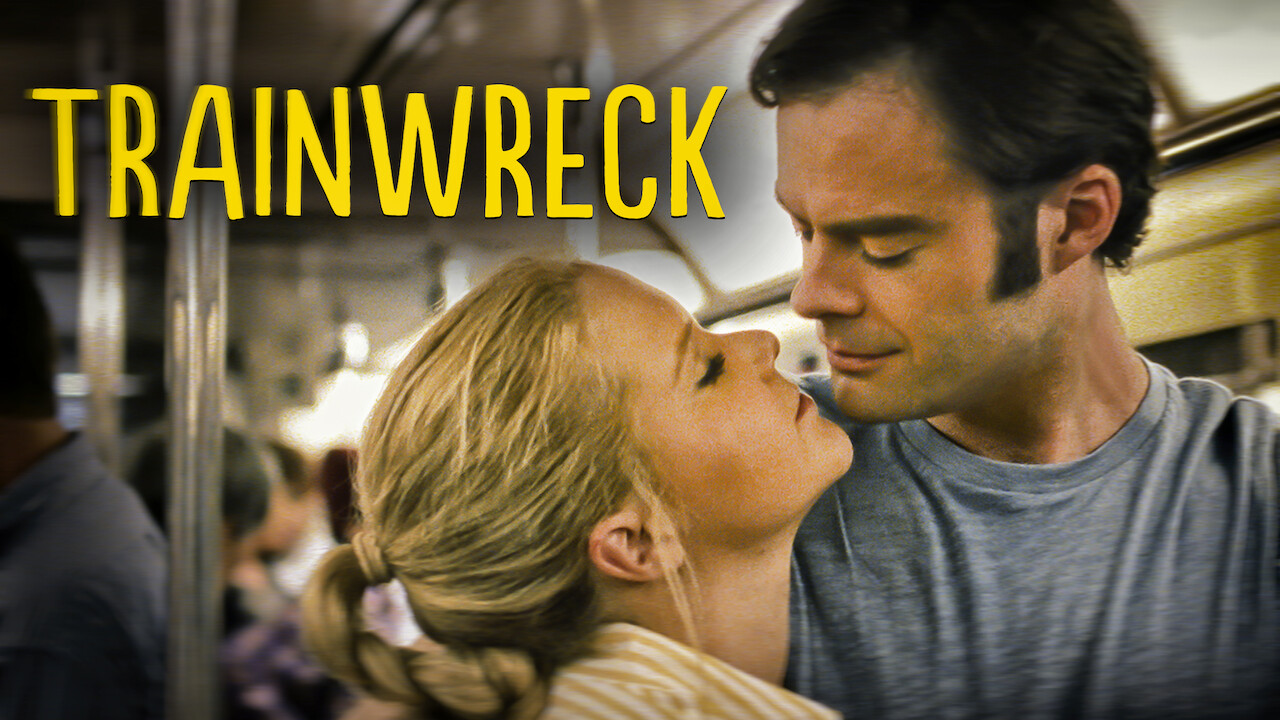 I still remember this movie coming out, and it seemed like out of nowhere, Amy Schumer became “an overnight success”. Of course, there is no such thing, she has been working for a while before, but there is no denying Trainwreck was her big break, her mark on pop culture. And that’s already something way more than most people will ever do in their life, so Amy could retire tomorrow knowing she’s achieved something pretty special, even though I thought she was the weakest part of her own film.

Before going any further, I need to be honest with you. I don’t enjoy Amy’s comedy. Why? Well, because her “schtick” is predictable. Most of her humour stems from “women can be as filthy as men” or “I have a vagina, let me tell you about it.” And even though I don’t find those that funny, I can understand why some people would, each to their own; you know how that goes. But, every time; I see her trying to go more “mainstream” (like hosting The 94th Academy Awards, my review here), it usually feels awkward. And not the good, “planned” awkward. The kind of awkward where she tells a joke (awkwardly) and then feels the need to explain the punchline of it, so you can… laugh even harder…? She was, no competition whatsoever, the weakest link out of that trio of hosts that night. I would understand not being as funny as Wanda Sykes, a seasoned comedian and overall funny person, but Regina Hall is “just” an actress, albeit funny too. If Amy, a stand-up comic, gets fewer laughs than Regina Hall, is she a comic? If a tree falls in a forest and no one is around to hear it, does it make a sound? Yes, I have many questions. Anyway, comparing Regina and Amy is not fair; because they are so different. Amy built her career on being the “bulldozer” of the comedy world – she will talk about whatever she wants, whether it’s funny or not. Regina seems to be a more likeable, “people-pleasing”, and genuine person, but I don’t know either of them, so I can’t judge them. There is a part of me that admires Amy and her attitude, making things her own way, and I respect her for that. Yes, that’s right, I can respect somebody for what they are doing and achieved and still not like the outcome of their work.

Let’s talk about Trainwreck. It is a movie so synonymous with Amy Schumer that you would be forgiven for forgetting it was directed by Judd Apatow. Yep, I always forget about that too. Trainwreck suffers from the same issue every Apatow film has ever since Knocked Up (2007); it is just too damn long. Judd is on record saying he doesn’t stop the cameras rolling after a scene is finished. Ok, that’s great, but that doesn’t mean we need to see everything you shoot. I want to admire him the same way many Americans admire him, and he obviously has an enormous comedic understanding; you can tell he understands it on a fundamental level. But it seems like he doesn’t know when to move on or when to say ‘stop’. And that is why I’ve always “just” liked Apatow, not loved him. Too much of a good thing can quickly turn into a bad thing quickly.

Trainwreck has its moments, but as many fans before me pointed out, Amy Schumer is the least interesting part of this film. Somebody you will remember from this film is John Cena (before he got super-famous the way he is now). You will remember Bill Hader, who is trying really hard to inject some much-needed down-to-earth humour and humility into this film. You might even remember Tilda Swinton much more in her role of this weird-ish boss that can only be described as “Tilda Swinton type”. And there are many people, comedic or not; you will probably remember more once you have finished this film, rather than Amy Schumer. I find that fascinating. Amy writes a film and gets the lead role, therefore, she has the most on-screen time, and yet, many people have come out of this film talking about John Cena. That’s saying something.

What doesn’t help is Amy’s character (also named Amy, what a coincidence) is hard to root for. I understand that was the point of this film, to see her transform into a much better person; I honestly get it. But there must be some “it” factor, some connection for us to care about our protagonist, for us to root for them to succeed. And her character Amy (and I am talking about the movie character only, not about Amy in real-life); is a very challenging character to cheer for. She cheats on her boyfriend (John Cena), can’t communicate with anybody, and is “a bit” of a dick to her family… The thing is, if you want to undermine the rom-com genre, fine. But then, you need to commit. And this film wants to have it both ways. We watch her go through this journey, and in the end, all is forgotten or forgiven, and she ends up with the right man. Whether she has actually changed (or you trust her character to learn anything) is another question altogether. Yay.

That is another thing I struggled with – I don’t mind films that go “against the grain”, movies that try to challenge the status quo. But if you make a film like a Trainwreck trying to be original, fresh and new, why would you do it only halfway? Why the shift towards the end, where you can make a checkbox full of clichés and tick them off one by one as the movie is coming to a finish. It just rings false, shallow and feels like the protagonist we watch didn’t learn the lesson “naturally”, but because they read the script.

One more thing I need to mention is the comedy aspect. After all, we should discuss some of it, because this is, you know, a comedy film? And if I put my dislike of Amy Schumer’s comedy aside for a second and think about Trainwreck on its own, it was… fine. I think I laughed at loud once, maybe twice…? For the rest of Trainwreck, I was between a mild chuckle and a moderate facepalm. Because most of the comedy here stems from people over-explaining why what they’ve just said was funny. I understand that is a thing now, and Amy is not the only one who does this kind of comedy but am I the only one who never found these jokes hilarious? And, of course, we have the “Apatow factor”, where if the joke lands, it goes on for a bit too long. Talk about a mixed bag.

Overall, Trainwreck is as Amy Schumer film as it gets, for better or worse. If you are a fan of hers and love her comedy, go and see this film, and you will love it. If you hate and despise her for whatever purpose, it might not be the best movie to watch. And if you are like me, where you don’t like her comedy but still admire Amy and everything she’s managed to achieve, you might have somehow decent time due to several great (mostly comedic) actors involved here. It will be interesting to see whether Amy will ever top this film with anything else or whether this will be her opus magnum.