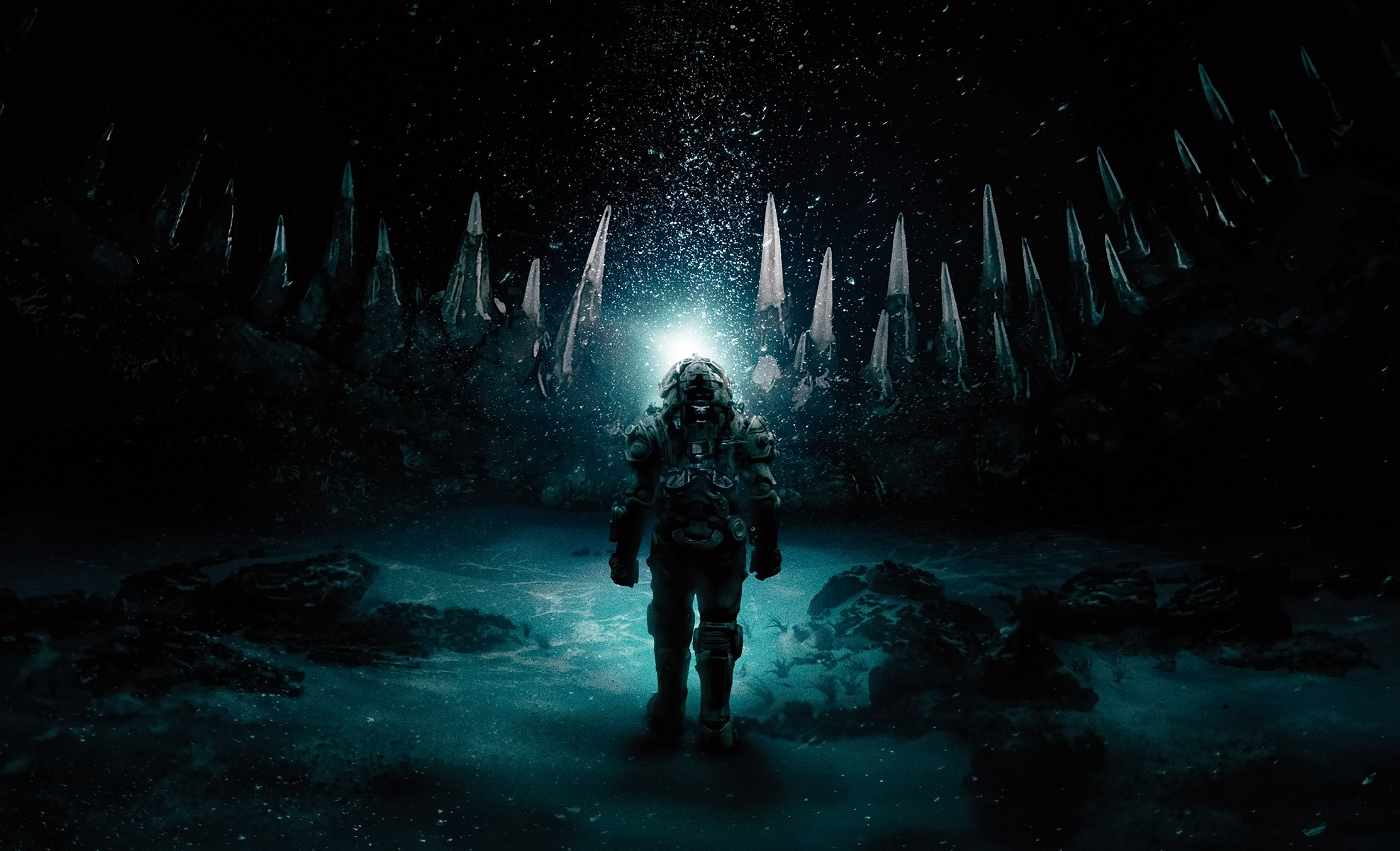 On paper, Underwater looks like a decent movie. It’s only 95 minutes long, happening in an environment that’s foreign to a lot of people, which lends itself to having almost a free range of ideas, where you might even alter some “rules” as to what might happen under such a pressure, deep, underneath the ocean.

Well, this movie took a different path of… not doing anything interesting, shooting everything in total darkness and having the editor consume 16 cups of coffee a day, as that editing was… something else. Let’s break each of these points down, shall we…?

First of all, the story couldn’t be any simpler. Which it’s not an issue, plenty of great films have really simple premise. But what those movies have Underwater doesn’t have are characters! You can have the simplest of stories, if you give us something (or somebody) to root for! I challenge anyone who had seen this movie, name me 3 characters and tell me something about them… Exactly, I have seen this movie yesterday and literally can’t remember Kristen Stewart‘s character name and the only interesting (character) thing about her was she had a dog…? That’s another thing, before you even get a chance to meet some of these, boom, they are dead. And if they don’t happen to die, you still don’t know much about them to root for them.

The darkness element is definitely not just this movie, so I will (try) to go easy here, as it’s unfortunately, the trend of last 10 years or so. It’s almost like there was a meeting we, mere peasants, didn’t know about, where there was established that any newer horror/thriller movie NEEDS to be shot in the dark, so you can’t see anything. It’s incredible, how the times have changed. I have recently re-watched the original Halloween (1978, review coming soon) and realised that even though the main action is happening at night, I never got lost, didn’t have to squint my eyes, trying to distinguish shapes on my screen… and on the budget of $80 million dollars (WHAT?! How was this movie anywhere close to $20 million…?!) I would expect to actually see what’s happening on the screen. This movie doesn’t look like $80 million movie, I am so sorry, but how…? I can’t get over it. Just for a comparison, Arrival (2016) much better movie, in every way, shape, form, dimension, looks more like $80 million movie, but it “only” costed around $47 million!! I really hope Kristen got payed well.

The editing… Look, plenty of people are making fun of Marvel movies being chopped to bits, and yes, that would be their biggest flaw. But compared to Underwater, any Marvel movie looks like it was shot by zombie Sergio Leone as that’s literally day and night. I swear there were sequences literally every second had a cut. I usually don’t notice editing, unless it’s great, or really, really bad. And this unfortunately was the latter.

What makes me the angriest is I could still see a decent movie with the same exact cast, story (well, tweak it a bit, so it’s not exactly exact) if only somebody more capable was behind the camera. Somebody like Drew Goddard, or even better, Ridley Scott as the potential is here, the cast is solid, the setting lends itself to pretty much anything. The wasted potential is always the worst offender. What could have been…

I think that sums up Underwater – wasted cast, wasted potential, no characters, and don’t even get me started on the “aliens”, more precisely on how generic/non-threatening they looked. I there was a competition to design “the most average looking alien you can think of” and then they’ve used the person’s design, who ended up third, that’s how average they looked. And who/what are they? What motivates them? Are they aliens or are they creatures from the earth? Well, fuck you for asking questions like these, the film won’t tell you. I am having a hard time to recommend this movie to anybody, even if you are the most hardcore Kristen Stewart’s fan, this movie you might want to skip. And yes, I am still mad about the $80 million budget…